An interview with ANASTASIA PEREVOZOVA, director and protagonist of “LE VOYAGE” 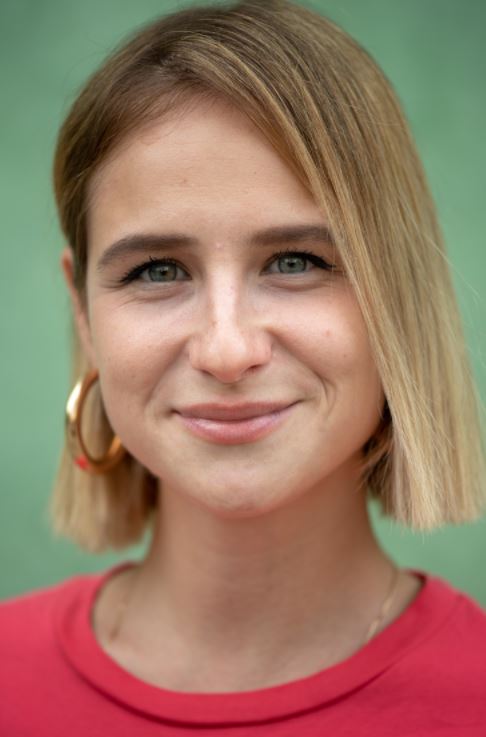 17 Gen An interview with ANASTASIA PEREVOZOVA, director and protagonist of “LE VOYAGE”

Posted at 09:13h in Interviews by prismaadmin 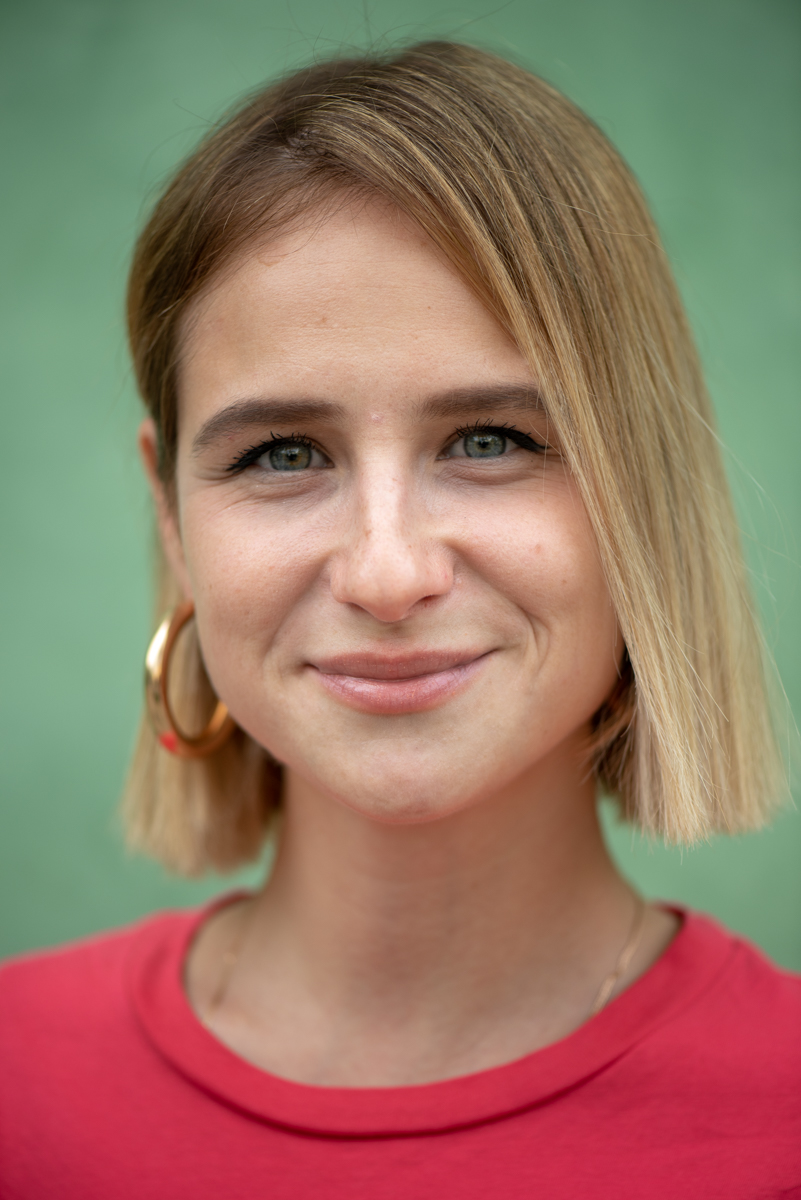 “…attempting to find in motion what was lost in space.”(Tennessee Williams)

Anastasia was born and raised in Saint-Petersburg, Russia. She graduated from Mikkeli UAS (Finland) with a Business Administration Degree in 2015. After that, she made a choice to become a professional actor and moved to Los Angeles in 2016. Here, she finished the 3 year conservatory training at the LACC Theater Academy. Some of her instructors are acknowledged theater professors, such as Leslie Ferreira, Tina Kronis, Jennifer Rountree, Tony Maggio and Louie Piday.

While studying Theater Arts and performing variety of plays on stage, Anastasia also kept expanding her on-camera experience, doing films with the directors of various backgrounds and nationalities. Last year she was starring as a lead in the ambitious fantasy drama film about ancient Egypt, Inside the Notebook. This collaboration included a Chinese-Panamanian director and writer Alejandra Hou, Puerto Rican producer and writer Angelica Reyes, as well as multinational cast and crew. Preparation for this film included 3 months long sword and stunt training, but the outcome was a blessing.

Currently, Anastasia is starring in an upcoming independent feature film The Transenders, directed by a Native American writer and actor Montana Cypress. Apart from acting, Anastasia sometimes performs duties of the 2nd AC, script supervisor or PA on set. She is also starting to write and direct gradually. 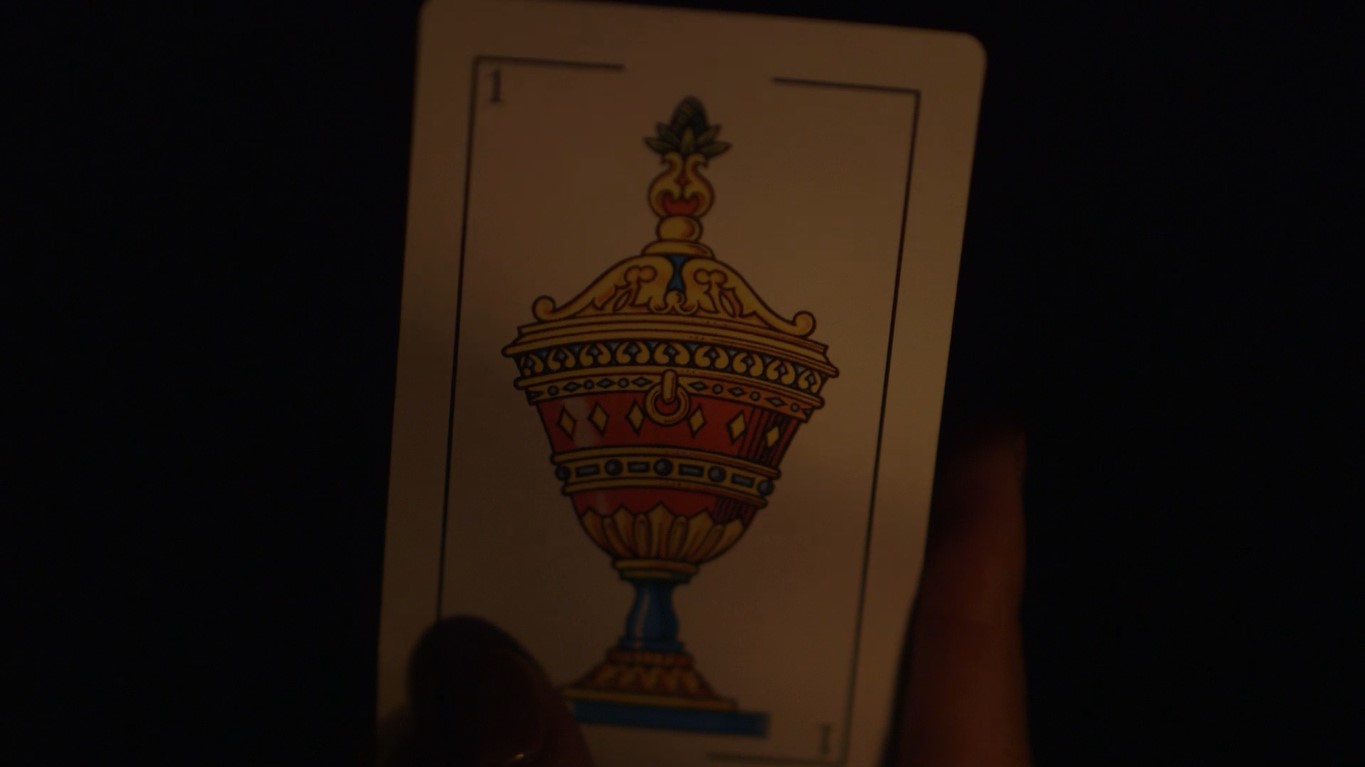 – “Le Voyage” is an extremely complex film, above all for its narration on the borderline between monologue and poetry, which is well suited to splendid cinematographic aesthetics. Of this film, you are the director, the screenwriter and the main interpreter. It doesn’t often happen that an author can interpret his own work, but you did it very well. What are the advantages of “directing” yourself in the film? Do you think there is any deep connection between acting and writing?
To be very honest, it was a challenge to direct myself as an actor. You can only feel what you are doing but you cannot see it on the screen, which makes for a necessity to pause and look through the take. However, we were a little bit on a time strain with this film, so I did not have a luxury to stop a lot of times, in most of the takes I just had to experiment and do different versions of the emotional delivery straight away, to be able to have various options in the end. 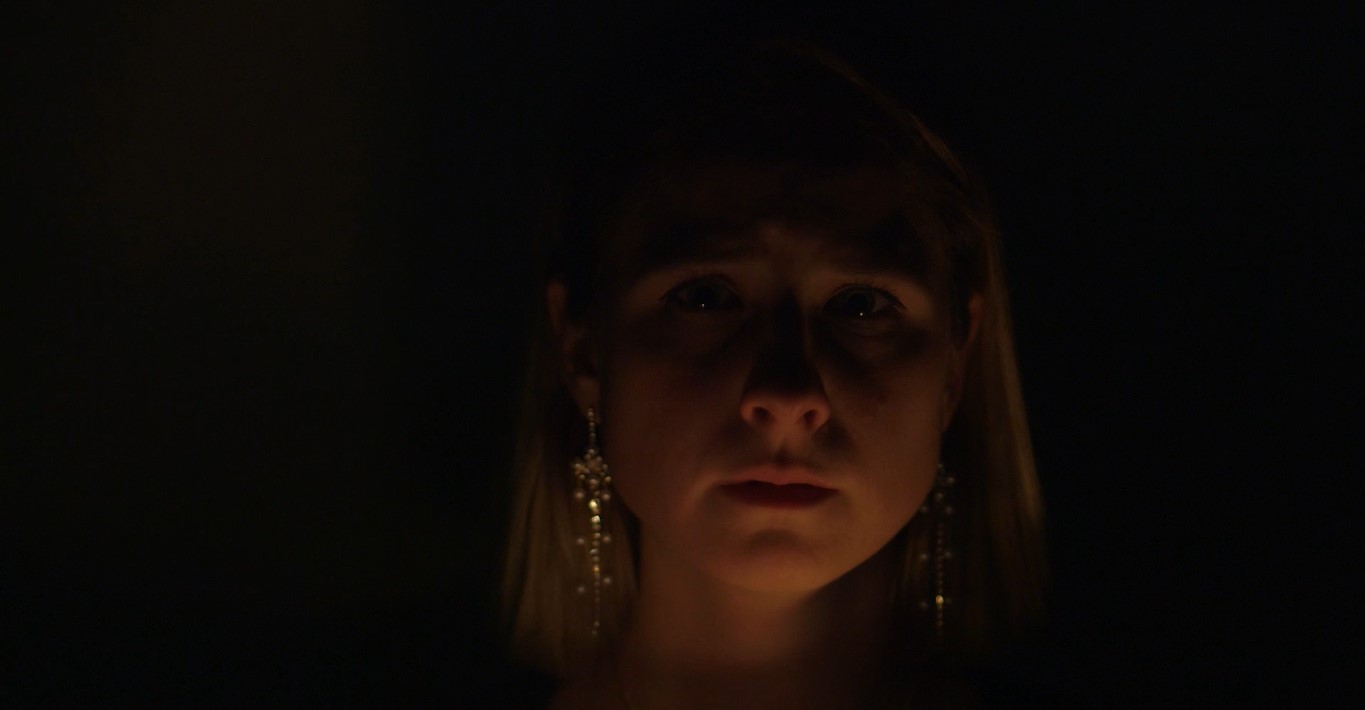 – In your film, suggestive close-ups alternate with delicate scenes suspended in the narration time. The result is very fascinating. From an actor point of view, how did you manage the “lack” of spaces and of the gestural component? What is the physical and creative work behind your so exciting interpretation, largely based on the work of your face?
This was a very still project, which made the directing even more challenging. It felt like I had to direct my inner self in this stillness. As an actor, you are always used to having a locations for shooting. However, in this story all the places were in the memory of the Traveler, therefore the character was there only with her mind. Stillness and lack of gestures in this case helps to create the feeling and atmosphere of “the memory”, and brings us to the world where things were happening through our imagination. When directing myself, I basically had to route my mind and guide it through all the imaginary roads while simultaneously thinking of a visual  outcome. Will the viewers understand this or that expression? Will they know the connection between the story, the cards and the human emotion?
I would say that it is very hard to show all of the feelings, thoughts and emotions through the face properly and aesthetically. You cannot overplay it, you want it to be authentic, it should not be too big but it also cannot be very small – you want people to feel what you feel, or at least understand what the character is going through and may be even relate to some of the aspects. Mimics is one of the key elements for an actor to learn how to control. There were no specific classes throughout my acting training life, but our professors made sure to always pay attention to our use of the face. They would give valuable comments such as when to reduce the involvements of the eyebrows and put more energy into the eyes. I think years of practice helps to figure out the way your face works when acting.

– The choice to mix different languages was certainly a pleasant twist for the spectators, which adds to the suggestions and atmosphere of this complex symbolism that pervades the whole work, from images to text. If you want, tell us more about these metaphorical choices, imagining giving suggestions (or clues!) To anyone who wants to better understand your beautiful film.
Absolutely. The film is a metaphor to the life course and struggle itself. In this case, we are introduced to a Traveler, who is represented by a woman, but it could easily be a man as well. I wrote it from a woman’s perspective because that is what I know best and most of my friends are girls. I also do not have any brothers – sisters only.
Spanish cards represent different aspects of life that the Traveler has encountered on her way. There were people – males and females, friends and foes, Leaders (or so they were considered). There are two big objects – the Cup and the Sword. The Cup represents human greed and desire for power, while the Sword is the courage, the honesty, the kindness and the honor.
The flashbacks of the Traveler teleport us to the various countries and cities where she was throughout her life. They also show us various personas, nature, events that she has experienced. The narration is multilingual for the same reason –  different cultures met while living in various parts of the world. After travelling for so long, the Traveler is now lost and confused because no matter how much good she has seen, there was also a lot of injustice, unfairness, lies and unkindness she encountered.  After seeing so many places and people, but still not being able to detect much truth and honor in this world, she is feeling empty and exhausted. She feels powerless and hopeless from time to time. But then she stops crying and gets her courage back. She speaks to her ancestors in hopes to be able to find out if where they are now they have finally seen the Eternal Truth and Light.
The palette of the film is mostly black with the shadows of the light. The candle light is meant to create ambiance, tranquility, mystery and give some notes of maturity and seriousness. It also gives a special lightning to the face, making it look a little bit surreal, as the initial desire was for any person to be able to feel themselves in the Traveler’s shoes and project their face onto the screen in the imagination. In the end, the Traveler talks about finding someone special while circulating the world, and seeing sunshine around that persona because of the joy and kindness they breathed into her world. At that moment, the dark screen brightens up with the blurry candle light that is expanding. However, we do see the Traveler go back to the darkness where she came from in the beginning of the film. She is determined to keep looking for the Sword and she knows she will find it. In this case, darkness does not mean a negative thing, but it just makes the mystery of the character more powerful. We are not intended to know who she is exactly and how she appeared on Earth. 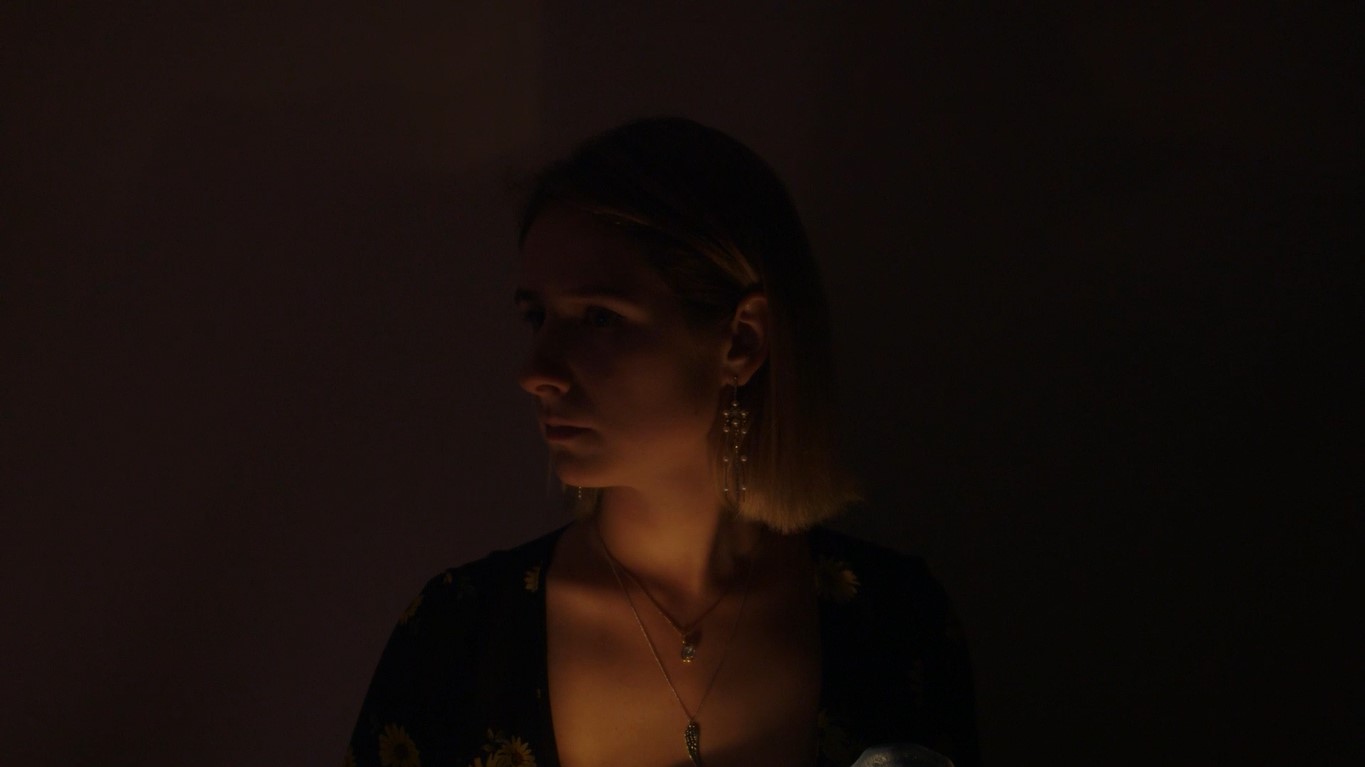 – In this film your talent emerges with countless different forms. What are your sources of inspiration and 0the artists you are inspired by, both for directing and acting?
I celebrate a Russian director Andrey Tarkovskiy and an American David Lynch. Tarkovskiy is the creator of beautiful, powerful and symbolic films with flawless cinematography. The way he tells the story is captivating, it combines realism and sci-fi, has a tint of mystery but embraces reality as well. His pictures are magnetic and make you think for days after they end. David Lynch also has the ability of creating a story that does not have a clear explanation and you would have to process his twists for a while. This director makes his own world on screen become fully alive, with people talking weird, acting like they are not humans sometimes, with strange sounds and captivating music involved. He goes crazy, he goes nuts with his artistic drive. Whenever I watch his work, I barely understand if I am still on Planet Earth or not. I guess that is what fascinates me in him.
Another director I aspire to is Ryan Murphy with his captivating Assasination of Gianni Versace which breaks my heart but every time makes me want to watch these series again, just because of how celebrated the great designer is in it and how tragically broken his assassin is. All of Ryan’s shows – Pose, The Politician, American Horror Story are a true work of art, filled with bright colors and dramatic twists, making us present in the world on screen instead of just watching it.
I should also probably note Nicholas Winding Refn, the director of Drive, Only God Forgives and his recent series Too Old to Die Young. This director is a magician of neon lights and bloody scenes, as well as a deep meaningful silent conversations. He makes actions speak. A lot of his characters are quiet and they solve whatever they need to solve by doing, not saying. I actually think that my inspiration for this film comes a lot from his work.
There are a lot of various European film directors from Italy, France and Spain that captivate me with their work. Something that I especially love about Italian and Spanish films is the genuine action on screen. The actors are not acting – they are real people. Anything that happens, a funeral or a wedding, has a beautiful and delicate notes of reality, the human element of a mess and unscripted behavior, pure reality.
Some of the actors I aspire to are Christian Bale, Judi Dench, Alfred Molina, Andrey Mironov, Sienna Miller, Ryan Gosling, Laura Dern, Reese Whitherspoon, Kate Winslet, Benicio del Toro and Yuri Nikulin. It is a list of actors who are completely different from one another but each one of them took my breath away at some point.