Posted at 16:44h in Reviews by prismaadmin

In balance between genre cinema and the intimate story, between comedy and poetry, Nozomu Kasagi gives us an exciting journey (it is appropriate to say it) in the relationship between a man and a woman, suspended between breathtaking landscapes and incredible surprises. What is most striking about “Bullet Trip” is certainly the incredible combination of images and screenplay, which make it a shining example of Cinema, as a synthesis and reworking of any other art. In particular, the sensitive eye of the director manages to build this exciting story around places and landscape views, in a continuous exchange of suggestions between the characters and the places. “Bullet Trip” is a film that, above all else, succeeds in the moving intent of loading spaces with meaning. The compelling story, perfectly conceived in a prodigious script, becomes part of a wider atmosphere, which places the surrounding space next to words and faces. There is no point in the frame less important than another in “Bullet Trip”. Each color, road, reflection and sparkle contributes to giving value to the story and to creating an imposing and poetic evocation of suggestions that go far beyond the plot. Such a mature and profound visual and narrative sensitivity envelops the film in a sort of mystical aura, which lasts well beyond the end of the film. It is literally impossible to forget a film like “Bullet Trip” because the warmth and poetry of the film survive to the end and accompany us in our personal search for meaning, adding a piece to our sensitivity. Thus the work becomes completely autonomous and leaves a profound mark from the first minute.

The film is also an incredible adventure, with a breathtaking rhythm, which makes use of wonderful directorial intuition to always keep the attention alive.
A praise to the editing and to th leading actors, perfect interpreters of well-written lines, who manage to create an additional level of writing above the screenplay. 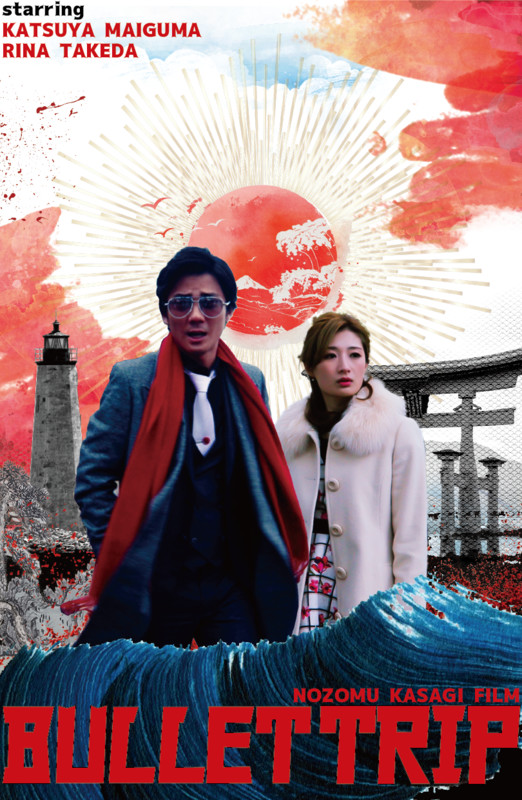