Posted at 16:10h in Reviews by prismaadmin

Like the leaves that descend between the concrete, this film has an incredible lightness, which keeps it suspended between meaning and perception, between reality and abstraction. “Gravity Well” by Jadi Carboni is a journey without beginning and end, capable of breaking the limits of cinematographic grammar and placing itself more deeply, in that sensorial dimension that each of us possesses. For this reason, the plot of the film is not a conventional chain of events, but a flow of contrasts and dichotomies, “stitched together” by the dancer’s body. The skin seems to creep between the severe lines of concrete and the chaotic sliding of perspective into a dance that seeks the reconciliation of matter. Emotions become an integral part of the representation and ignore the human dimension, in a spectacular synthesis of space and time, governed by immanent geometries and vital entropy.

From a merely visual point of view, the director is able to bring her poetics and sensitivity to an aesthetic level. The colors and lights are impalpable, the spaces reversed and framed in an unusual and unsettling format, which makes the eye prey to the vertigo of depth.

A praise to the spectacular choreography. 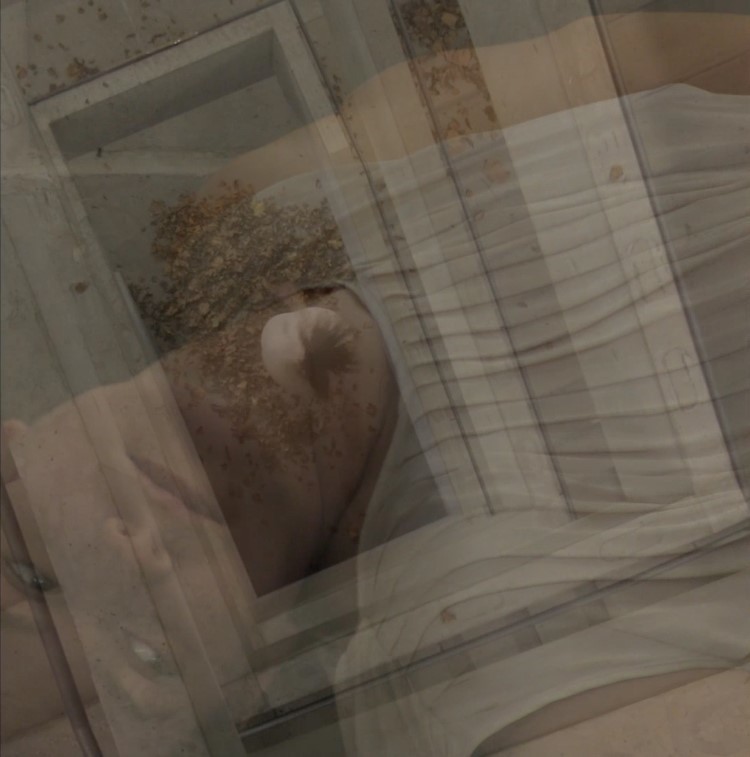