Posted at 13:19h in Reviews by prismaadmin

“Trauma” is much more than a film, it is a journey. And despite its brevity, it reaches far more distant places, located somewhere within us. In other words, “Trauma” is a story full of meaning, which in its narrative structure reveals a delicacy capable of reaching anyone. The ability of the director, also the author of the screenplay, is to reach the heart of the feelings narrated and extend them to any soul. The sense of loss, loneliness and incompleteness emerges above all and envelops us with a delicate sense of anguish, hitting the mark. Thanks to this complete poetic awareness, which certainly makes Manent a mature author, the film is built on a marvelous mise en scène, which, from a purely cinematographic point of view, reaches peaks of great spectacle.

The images, however, literally “painted” by a beautiful cinematography, do not result in a simple aesthetic beauty. The alienating effect of the metropolitan night, the bright lights that flood the bodies, give the film a dreamlike atmosphere that is inevitably linked to the same story told.In this sense, the title “Trauma” is extremely significant, and recalls the German term for dreams: “Traum“, as if every suspension of reality was nothing more than a continuous reworking of great events in our lives. “Trauma” is an amazing short film, built thanks to evidently talented and mature professionals, well managed by Basile Manent, which we hope to see on the big screen soon. 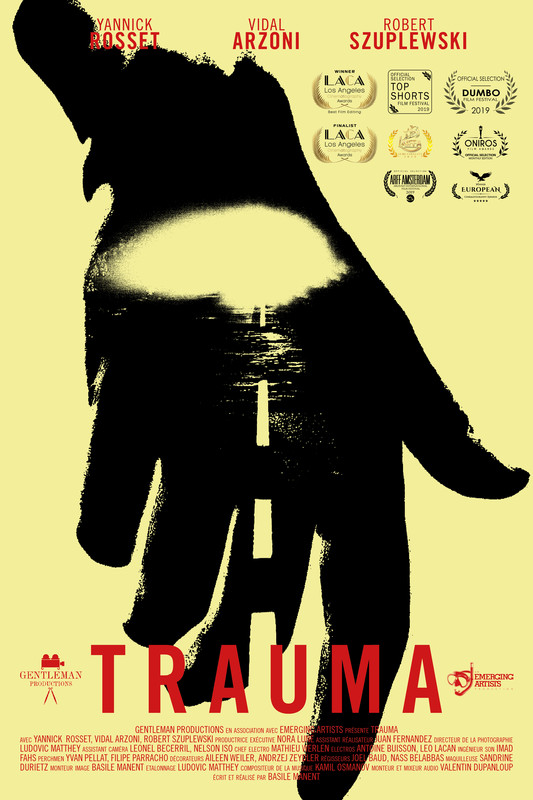