An interview with CHRIS K. DANIELS, director of “Scumbags” 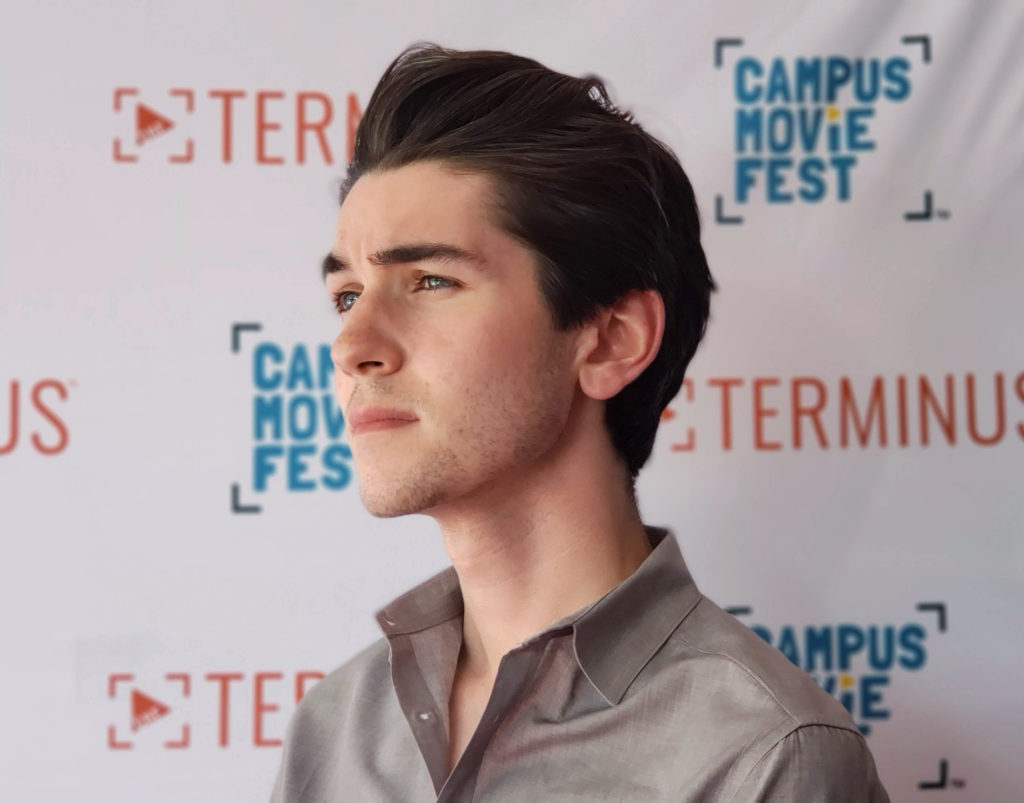 28 Dic An interview with CHRIS K. DANIELS, director of “Scumbags”

Posted at 16:47h in Interviews by prismaadmin 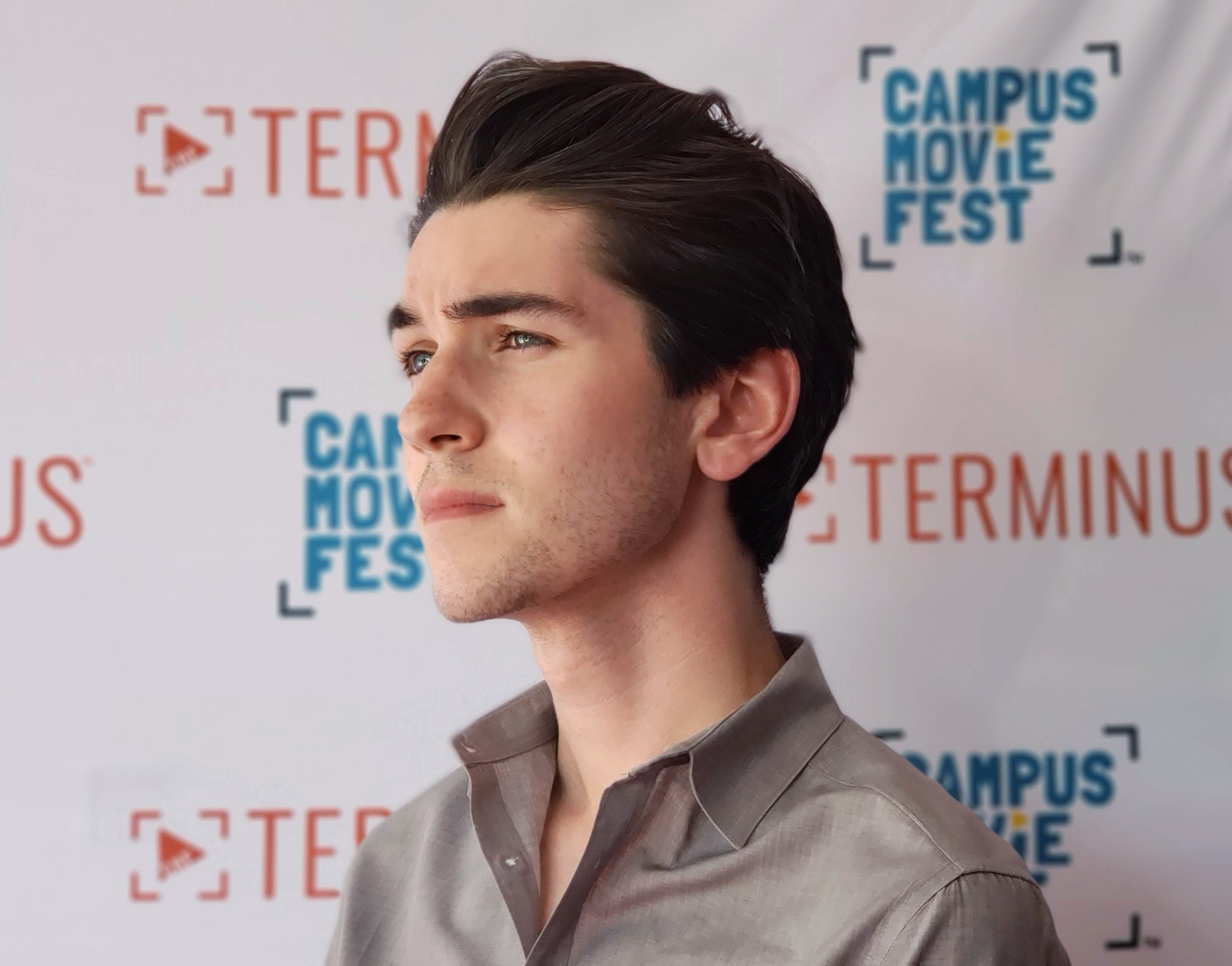 Chris K. Daniels is a filmmaker from Boston, Massachusetts. He’s best known for his compelling, stylized storytelling through his short films. Chris tends to focus his work on offbeat, conceptual twists of reality. He seeks to bring forth interesting forms of ‘what if’ questions, and answer those through his stories, in the most exciting ways possible. Chris has been creating short films for the majority of his life. From the day he made his very first YouTube channel in fourth grade, to the day he landed his first distribution deal in college, he’s held onto his passion. Always trying to evolve and become a better version of himself. In 2017, Chris founded the company iSee Entertainment Core, later renamed Cinemonic. Through that, he’s created a central network for himself as a director, as well as a circle of other filmmakers from around the country, now involved with the company. All-in-all, Chris just loves to create. He’s a young man passionate about making movies that mean something. He hopes to tell stories for the rest of his life.

– Your film moves within the archetypes of genre cinema, from the heist movie to the pulp, passing through the neo noir. Yet the plot of feelings, relationships and psychologies of the characters is finely constructed.
What is the value of genre cinema for you today? do you think there is a difference between genre and author cinema?
For me, genre is everything and it’s nothing. It’s everything because it’s the bones that makeup what my story actually is. Though it’s also nothing, because I never let that constrain me. A horror is a horror, but isn’t it fun when a horror is also a complex character drama? Maybe a mystery too? The more depth and stray from a pure genre, the more range for a story. So that’s definitely the philosophy I had in mind on Scumbags. Though replace all that horror with crime, heist, action and an overall sense of stylized comedy. I knew this film would benefit from exaggerated style, speed and especially genre. I tried to give every independent portion of the story the most thorough ‘moments’ to embrace whatever genre it’s being in that moment, and then have a sense of cohesive transition between everything to keep the style and pacing alive throughout. I think genre cinema works best filled with elements of author cinema. Samuel Caswell gave me the luxury of these amazing, constantly exciting characters filled with their own specificities, which let me bring the sense of relationships, dynamics and psychologies to life. His immensely compelling writing made my job so much easier, allowing me to focus heavily on exaggerating the genre and stylizing the sequences most cohesively and intriguingly, through my pacing, my cinematography and my editing. Intensifying the feeling of the genre and the feeling of every given moment within this world of genre became my priority and my obsession through the duration of this production.

– The cinematography of your film is truly spectacular and the entire visual system contributes to making this story a breathtaking noir. What were your choices behind the aesthetics of your film? Were there any visual references that accompanied you in the creation?

Thank you for the kind words about my cinematography! My shot list on Scumbags was immense and definitely headache-inducing, but in the end, worth it! Though I decided on my overall aesthetic style before the shot list brought it all to life specifically. Of course, I knew I wanted to exaggerate the stylization of the whole film. My first major decision with that was deciding to play the whole short cinematically continuous. Everything smoothly and quickly visually transitioning into the next thing, whether that being the next scene chronologically or the next cut-away to a different time. I wanted these visual transitions to keep everything moving quickly and stylishly, while not feeling too repetitive. With that, I wanted the overall cinematic-coverage style to be constantly varying between paralleled character perspective. That sounds vague, but I tried to keep the playing field very equal between Marco and Vincent. Making sure the visual power switched between the two accordingly and not too intensively. They generally always filled the same amount of screen-space, often keeping the same amount of cinematic presence, and if one takes over visually, the other will swoop in and steal that visual presence (whether that be with closeups, cinematic height, etc.) It was a strange goal, but one that felt very true-to-character for me, to keep that theme running like that. Lastly, the overall “look” of the piece was actually developed progressively. I decided with Samuel Caswell and production designer Jenny Whipple (here’s her personal site, N/A) early on that the piece should have a sort of grungy, psuedo-70’s look about it. So I worked together with my lighting team to establish a sort of dirty saturated, stylized, washed look. That, in combination with Jenny’s amazing production design gave this idea life and established a real visual tone. The last step in that process was in my final color grade. That’s where I found the tasteful, saturated-yet-faded tones that felt amazing in combination to a subtle, generated grain. All-in-all, I don’t get the chance to be my own Director of Photography too often anymore, but when I do, I try to really have a blast with it and go all out. I’m proud of the cinematography in Scumbags, and that’s saying a lot for me.

– “Scumbags” is a film that keeps viewers glued to the screen from the first minute to the last. In fact from the script, the rhythm of the dialogues and a fascinating plot set the film on a thrilling style. What is the creative process behind such a tight and articulate style? Are your sources of inspiration more literary or cinematographic?
I’m so glad it kept you glued to the screen! That was my main goal in all this. Scumbags was such an intriguing script, that I knew I needed to do everything in my power to make every portion of the film the most compelling thing it could possibly be. So that’s where the never-ending notes in my journal came in. Just constantly-evolving ideas on style, pacing, tone and specific sequences. The amount of times I reworked my idea for the overarching style was incredible. I knew I wanted everything to push genre and sequences’ overall tone with speed and look. For speed, I eventually decided I wanted everything to happen in segments of building into delivery. So things would happen and progress really fast, frantically and intensely for short periods, leading directly into given periods of steadiness and nuance, where I could allow for character moments and plot development. So I created that rhythm for the overall pace of development within the film. This, mixed with my idea of cinematically continuous transitions with dialogue that I had these incredible actors perform very quickly, further developed the tightness of the film. I realized quickly that the dialogue and basis of the characters works best without a lot of hang-time. Just quickly delivering lines, with each given character quickly, intentionally moving onto their next moment in their almost selfish-style. Though with all that being said, I think this film truly came to life for me in the edit. I had all these intense ideas about filmmaking-style, and genre-exaggeration in pre-production and on set, but when I began editing, somehow even more ideas were coming at me. It was like I was directing the film all over again, but this time it was just me and a computer. Though this is when I started utilizing sound. I began creating a visual editing style that worked based on the transition of sound. And before I knew it, I was recreating the whole rhythm of the film again, letting dialogue pair with individual drum tracks that I was creating to build to transitions and to sink certain ending lines, then to express the intensity of one thing before quickly and exaggeratedly jumping to another. I was making all sorts of wild sound-based-pacing-movements, creating a faster, more controlled pacing of everything. Before I knew it, I was re-working dialogue, cutting portions out, re-ordering certain aspects, hyper-stylizing everything and creating a steady, OCD-based tightness that I was quickly falling in love with and becoming obsessed with all at the same time. My editing timeline for this project was immense, and of course, deeply satisfying. Though overall, the rhythm and tightness you spoke of was something that developed for me over months. From pre-production notes, to shot-list, to on-set, and especially, to the editing room.
I would say my sources are both literary and cinematographic, but mostly, it was through experimentation of everything and obsession with further-developing endlessly.

– One of the most beautiful things about genre cinema is that reality takes folds that are often absurd, ironic or extremely disturbing. The actors therefore find themselves interpreting a world in balance between realism and fiction. What was your job with the actors?

My job with the actors definitely varied thoroughly across this production, though I would say it was mostly a mix of two things: expressing the distinctiveness and specificities between the two characters and punching the dialogue into them, to bring it to life. We had quite a large amount of rehearsals before going into production, which is always a blessing. I met at Chad Comiter’s (Vincent) house weekly with Samuel Caswell (Marco) to rehearse everything over and over and over again. There, I mostly gave notes on pacing and on specificities of delivery to make each of these characters as compelling as they could be. We reworked lines, we blocked movement, we blocked reactions and we constantly changed and adjusted everything until we had scenes we were all proud of. On set, my job with the actors become even more interesting, because it was all that regular director stuff, focusing on performance and on nuance, as well as focusing on implementing a stylized camera into the midst. Being Director and Director of Photography is exciting in that way. My job became working with the actors as a human obsessed with pacing and style, and as a camera, obsessed with cohesiveness and overtly-specific body movements, blocking the performances of them in context to myself, as the perspective of a genre-based camera. My amazing actors were all just as in love with this film as I was during production, which really helped in bringing their characters to life. They understood the exaggerated style of the whole piece, but with them, I made sure to focus on the specifics of each character rather than the abstract ideas of realism vs fiction in this story. It was important for me to distinguish what it was that would bring the best performance out of them, and I realized it was all character-based, not world-based. That idea definitely helped in getting the uniqueness of each character down with the actors. My actors were also immensely talented and super easy to work with, which makes any director’s job even more of a pleasure.

– Name three films a viewer should see before watching your short.
Three films for viewers to watch? Well now the pressure’s on. I guess, these are films I found inspiring while thinking about Scumbags overall:
1) Reservoir Dogs
2) Fargo: The Series (Not a film, but definitely a cinematic masterpiece)
3) The Nice Guys