Posted at 10:16h in Reviews by prismaadmin

Joshua Maheu, in a riot of colors, signs a jewel of short cinema, unique in its style. If the most surprising thing is the strong identity of the film, which distinguishes it from the thousands of other shorts produced every year, it is the sensitivity that then accompanies and cradles us for the rest of this wonderful film. With a somewhat naive style, “L’Arpège” paints (perhaps this is the most suitable term) an engaging and very delicate work, which becomes a much broader sensory experience than a simple cinematic story. Through this elaborate and exciting “mise en scene” the film is able to express with tender empathy the depth of memories, hope and the link that exists with creativity.

With a poetic and evidently mature visual narrative, the director reconstructs a small universe that seems only to touch reality, giving us a nostalgic and almost dreamlike atmosphere. Through this aesthetic filter, Joshua Maheu opens to us a glimpse of his imagination, and the cinematic experience becomes intimate and engaging, like a whispered secret. A praise to the soundtrack that not only enhances the narrative, but becomes a fundamental part of the script.
On the other hand, the dialogical structure is set on the same tone of music, in a perfect combination between music and silences, which perhaps reflect the whole nature of the protagonist. The film never seems to lose its balance, remaining in all its components perfectly in line with Maheu’s beautiful poetics. Thanks to this rare and exciting cinematic coherence, the short seems to last much longer, extending lightly on the notes of the piano, which remain in mind for a long time, after the end. 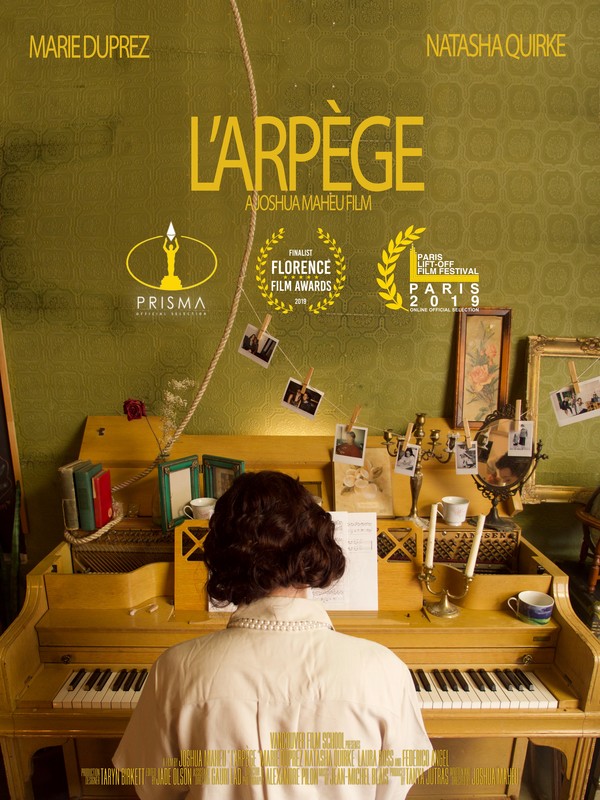