“I Resign” by Jay Mohan

Posted at 11:30h in Reviews by prismaadmin

Cinema is one of the most powerful weapons of social denunciation. In the short film “I Resign” this profound social need is perfectly combined with the beauty and strength of images, creating, on a perfect balance, a short film that embraces art and reality. In just six minutes, the director of this film is able to give a lucid and fulminating expression to one of the greatest contemporary problems. In fact, Jay Mohan chooses to talk about racism, but from a completely new point of view: the institutional one. With the courage and sensitivity of a great author, the director sheds another light on the hypocrisy of racism. This profound message is perfectly expressed in every field of cinema. The monologue that accompanies the moving images of this film is a powerful text balanced between confession and lyric, and the protagonist’s voice becomes a moving companion throughout the six minutes of this film. This solid choice of writing is supported by an excellent cinematography, capable of creating an intimate and breathtaking dramatic atmosphere. The contrasts of light often play to hide the traits of the protagonist, in a subtle metaphor for the denied identity.
In the final, the author seems to tell us, with severe sincerity, that the road to integration is still long and tiring. Thus violence explodes, a natural child of hatred, towards a victim who could be anyone.

A praise to the technique and aesthetics of this film, which make it a short film of denunciation and at the same time, a beautiful piece of cinema. 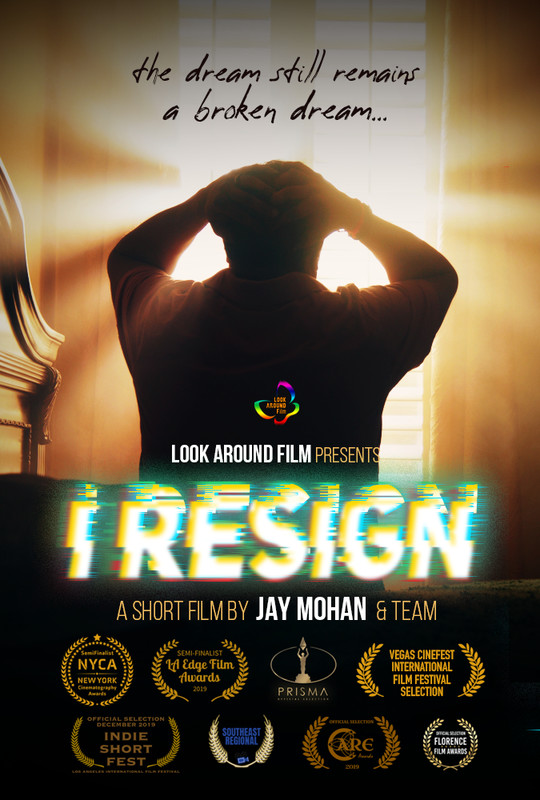