“The Walnut” by Alessio Del Donno

Posted at 12:08h in Reviews by prismaadmin

Through the inner reflections of a sick man, “The Walnut” follows the idiosyncrasies and contradictions of our society and our relationship with it. The film is structured around a fascinating subdivision of human fluids according to ancient medical manuals. The author, winking at modernity, recovers the subtle metaphor of that ancient doctrine and thus external reality becomes a mirror for the interiority of the protagonist, in a continuous exchange between what is outside and what is inside.
The entire film is covered with elegant symbols that make it an extremely refined and peculiar work. It is clear that a film like “The Walnut” already expresses the potential of a young author to the test with the short format. The poetics of the text, really well written, dynamic and sagacious, mixes with the aesthetic power expressed in each frame. The protagonist’s monologue, vaguely illuminated by a white light far away in the dark, alternates with the story of his misfortunes, expressed with a excited, dynamic and breathtaking direction. Alessio Del Donno thus demonstrates his ability to handle the camera with the same skill already expressed in the script. This exceptional orchestra of sounds, images and words, reaches its apex and calms down, and all that remains is the deep sense of solitude experienced by the protagonist.

The director’s gaze seems to follow the protagonist’s fate with care and attention, without questioning, rather illuminating his weaknesses and his traumas. This cinematographic sensibility makes the film an already mature work, capable of perfectly expressing an intuition, staging a good script, through the creation of dramatic suggestions of undoubted value, which are then illuminated by an incredible directorial look. 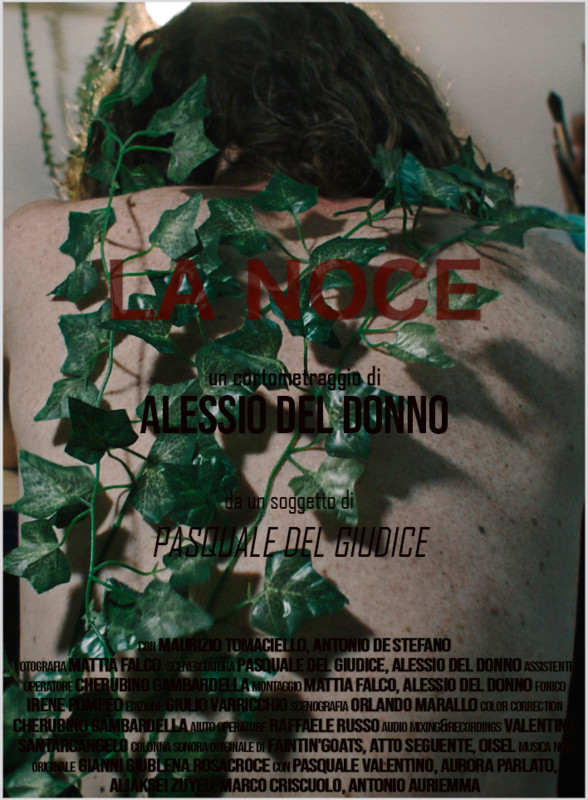