An interview with BARBARA HOLSTEIN, director of “Truth is Stranger Than Fiction, A Coming of Age, Selfie Film”

04 Dic An interview with BARBARA HOLSTEIN, director of “Truth is Stranger Than Fiction, A Coming of Age, Selfie Film”

Posted at 11:53h in Interviews by prismaadmin 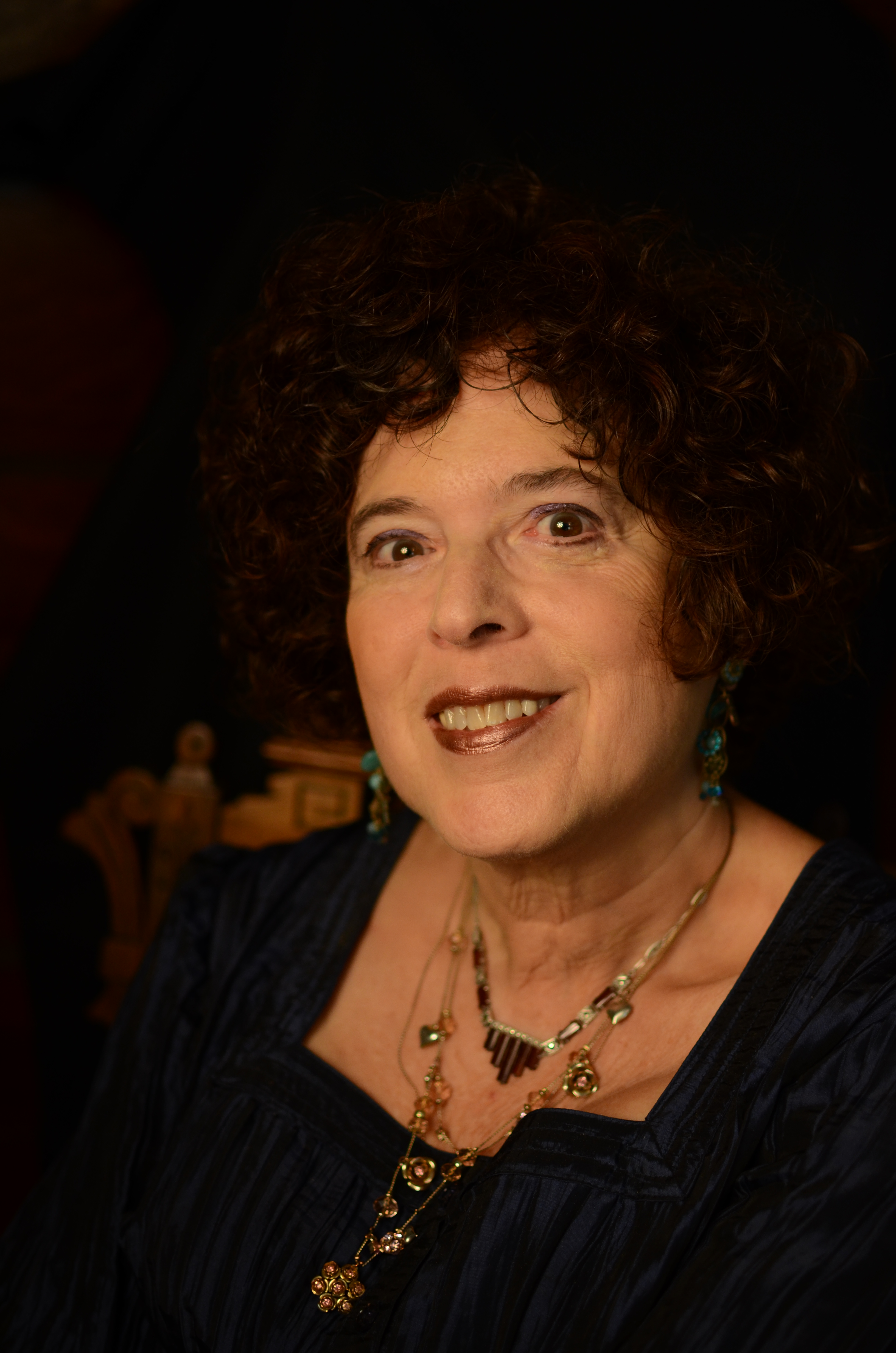 “Cinema has the capacity to educate, entrance. influence, sooth and inspire us. However, what has often been missing is an intensity of character development and authenticity. I believe that allowing appropriate actors, often teens, to film many of their scenes without a crew, while using a smart phone, allows the actors to go so much more deeply into character than when directed on site and observed by a crew. My work with teens using smart phones has startled people, brought them to laughter and tears they never expected as they found themselves entranced by the actors using smart phones. I believe cinema as an art form will incorporate the use of smart phones in ways I suggest and in ways still unimagined.” 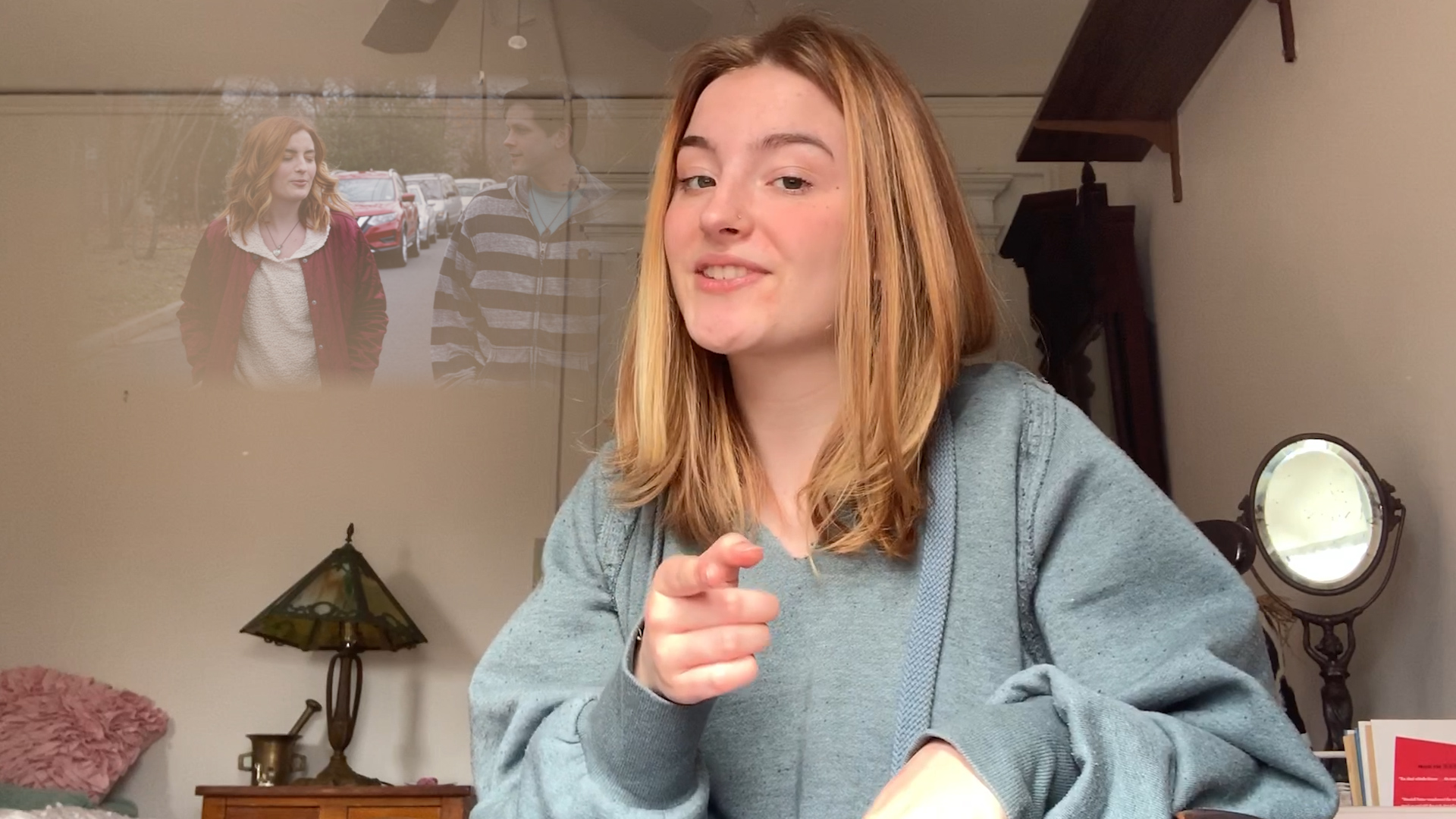 – In the panorama of short films, this film stands out for the depth of its intent and for the sensitivity with which it’s able to combine visionary intuition and profoundly human urgency. In your film you choose to use the concept of “selfie” as the central point of your direction. Do you believe that understanding the language used by young people is important to understand them?

Absolutely. Allowing the actors in my films to modify the script to the language they speak in really made a difference. They were more at ease, sure of themselves and the results were authentic. 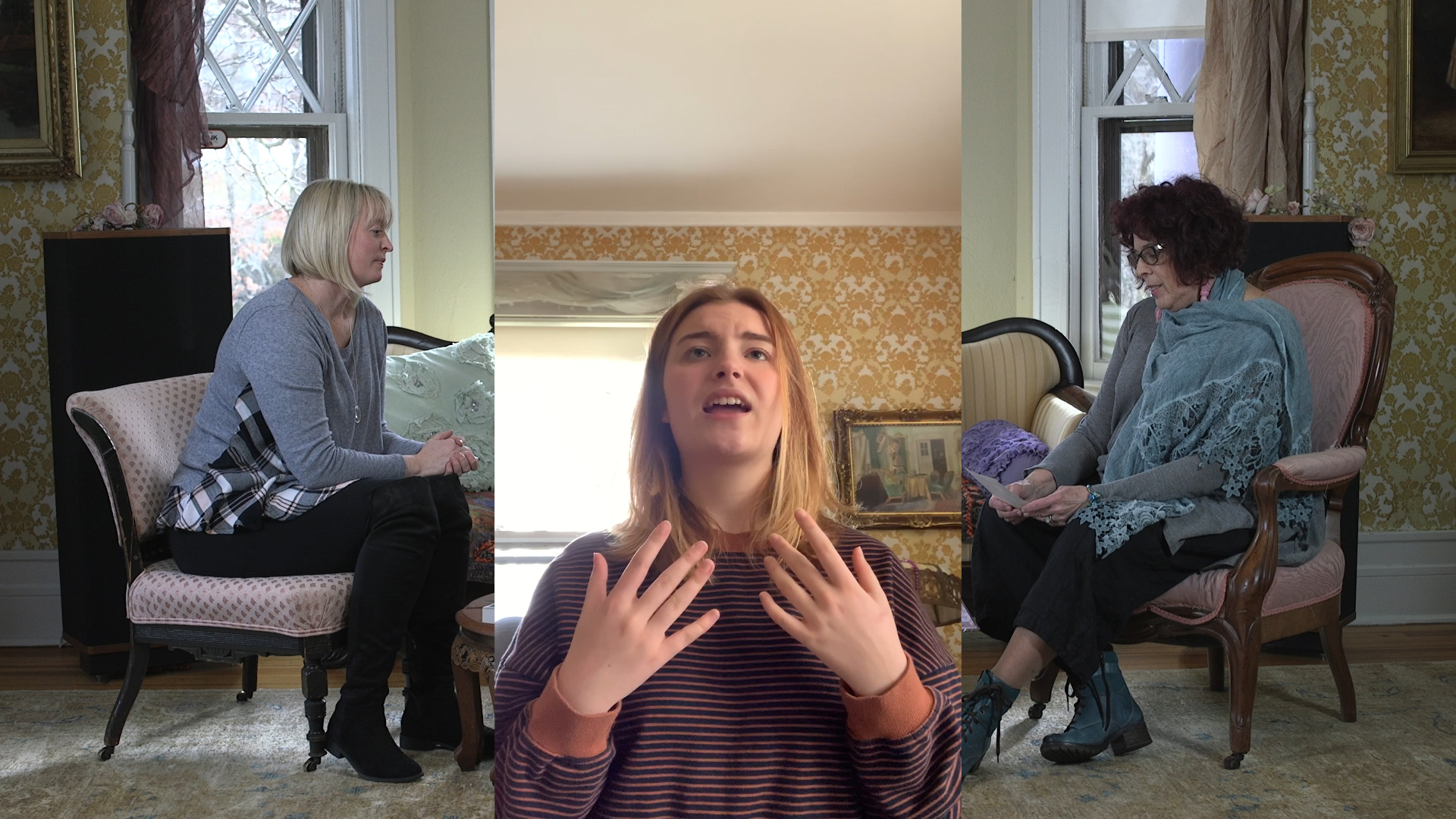 – what are your sources of inspiration, in your cinematographic and authorial research?

First of all my training as a clinician. Secondly all the human stories I have heard over many years in the treatment room. Thirdly my love of drama. We all live in conflict and some degree of urgency. We are all trying to stabilize and hold on to life as best we can. I know that a crush is exciting but scary. I know being part of a family is comforting but creates anger and hurt. Everything has a push/pull to it. Making a film is just finding the push/pull and turning it into art.

I have not gone to film school. I can’t tell one fine camera from another. But I know how to create atmosphere and resolution. I have found that by giving my actors more control over their parts, control never before given to them, as they pick their wardrobes, film their scenes, redo many times, use their own language, the results are dramatic.

I wanted to play with film since I was a young teen, but as they say, “Timing is Everything.” The smart phone had to be invented for me to become a filmmaker. 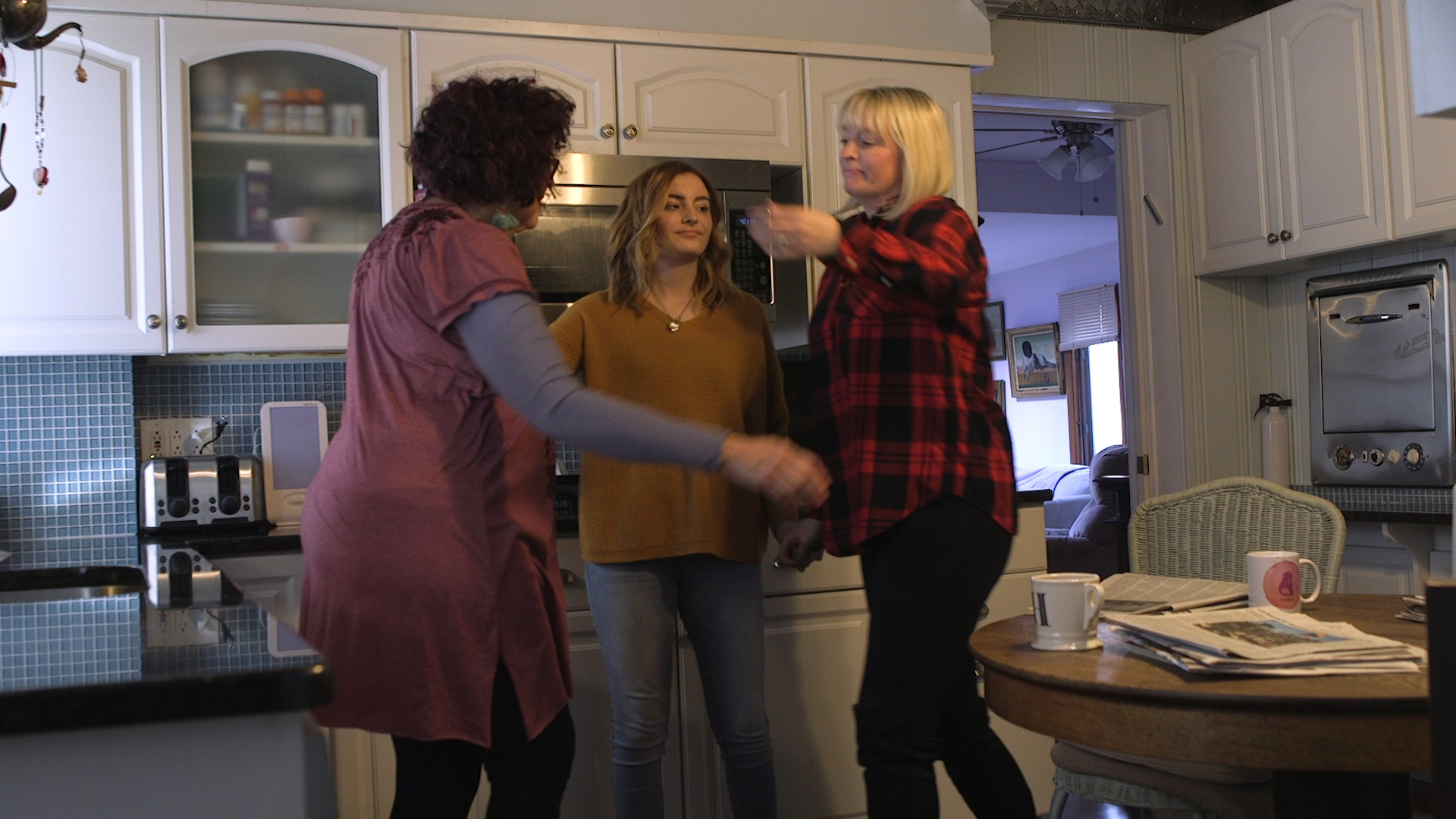 -your cinematographic language is amazing and very complex. What power and utility does cinema have in understanding the human mind?

Good cinema has to already understand the human mind, at least the parts of human nature that the film is trying to portray. The audience can learn a great deal about themselves as human beings via a film that knows what it is doing. For example, in my film ‘Truth is Stranger Than Fiction, A Coming of Age, Selfie Film’ the girl needs to find ways to handle conflict and scary information. When she finds ways to recover from a Lockdown in her school and when she finds ways to process family secrets, she is teaching the audience ways that they also can cope with life’s confusing issues. 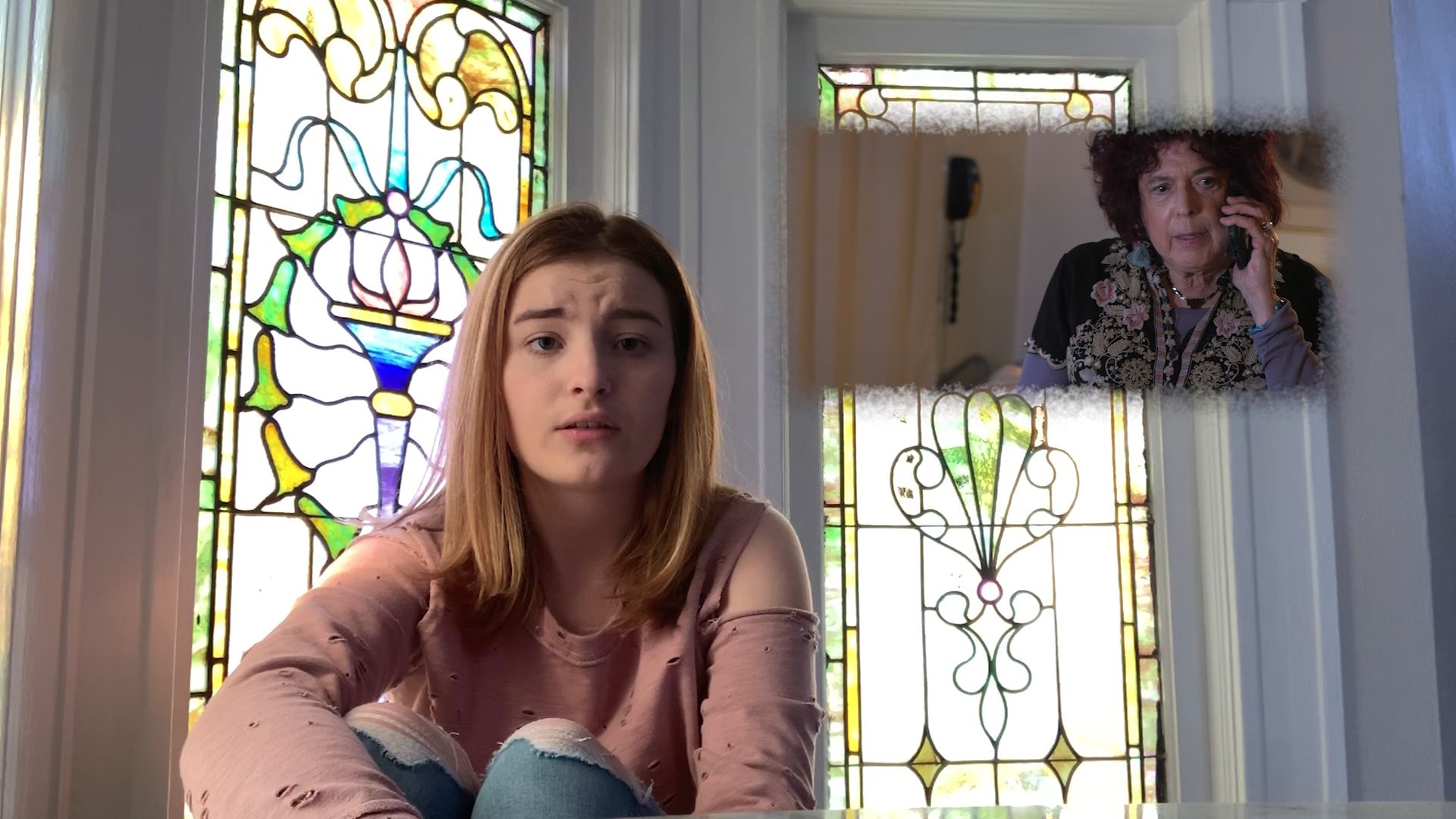 – What were the artistic and poetic needs that prompted you to create this
experimental style?
My needs probably started at nine, keeping a diary every day for years.
Poetry immerged in my teens, fascination with the human mind also, a desire to act became submerged in being a therapist. However, my perception that people and particularly women underestimate their potential and capacities for growth and joy pushed me along a track that began to include writing fiction and nonfiction, having a television show where I promoted positive thinking, etc. The artist in me was always there, just inventing and reinventing. The “girl” who comes alive in my selfie films was first the “girl”in my two books: The Truth, Diary of a Gutsy Tween, and then “Secrets, Diary of Gutsy Teen”. Then she was the star of a play I wrote: “The Locket” and finally she entered the film world. Do you realize that the “girl” has no name? Not in the books, the play or the films. Do you know why? Because she is a bit of all of us. She is the universal soul struggling to make peace with life again and again in ways that work for her. That’s the best I can explain how I got into Selfie Filmmaking. 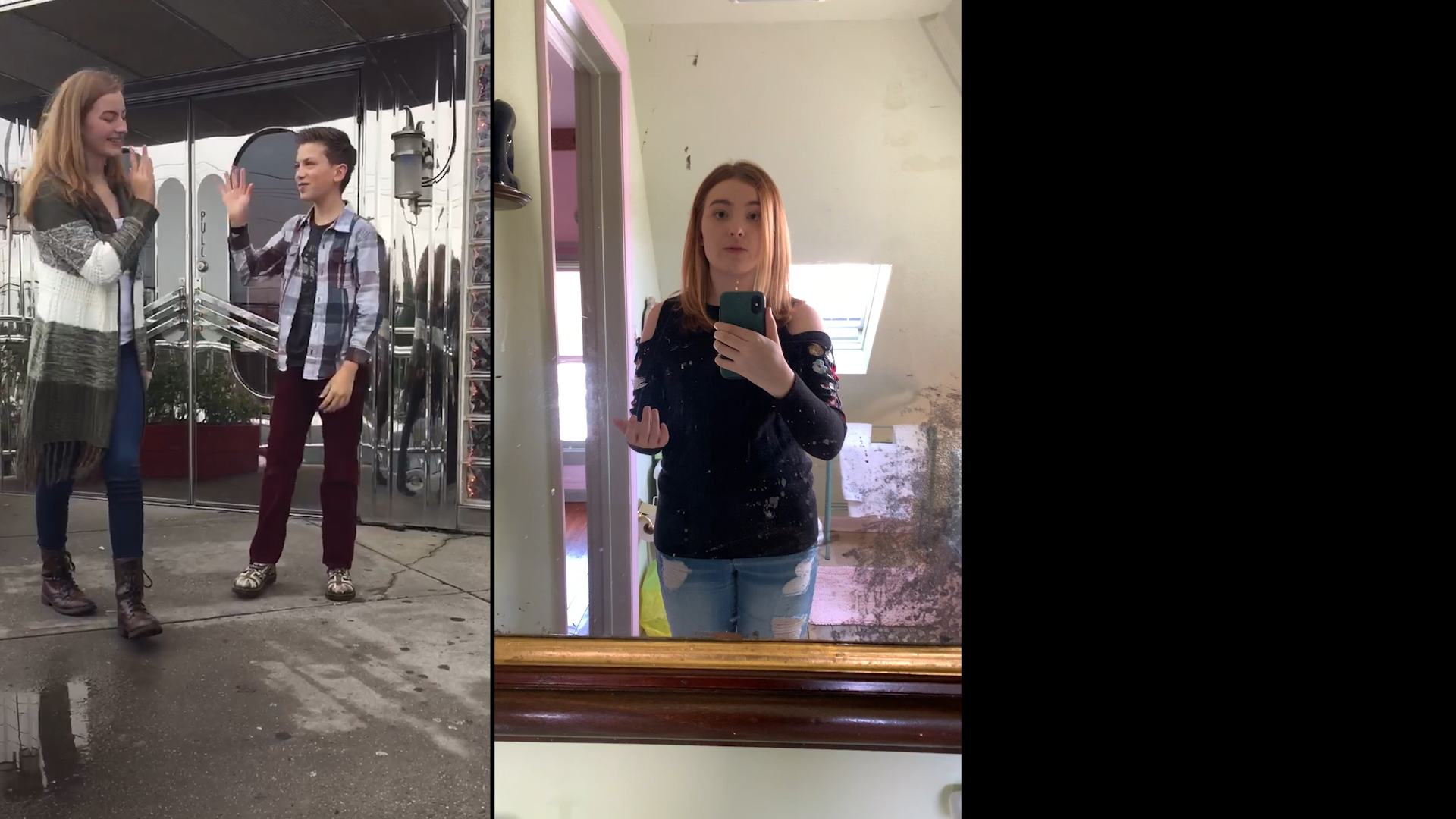