An interview with G.S. LEITGEB, director of “THE SECRET BOX”

25 Nov An interview with G.S. LEITGEB, director of “THE SECRET BOX”

Posted at 14:44h in Interviews by prismaadmin 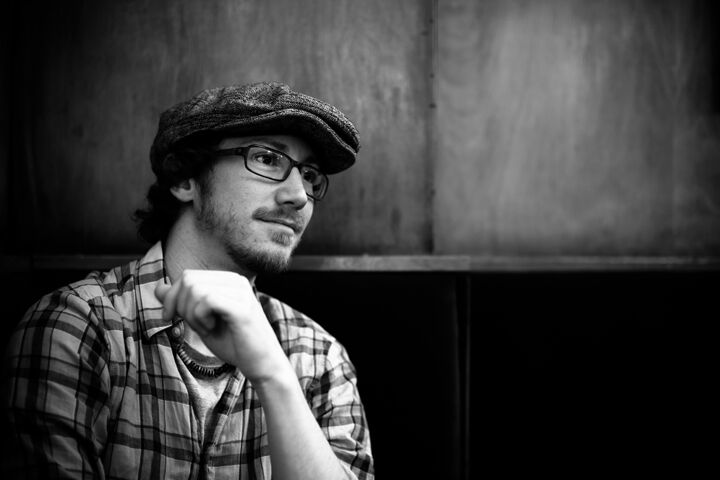 “Cinema needs to be a visual and playful emotional sensation, reminding us of the ability to dream and
wonder.” 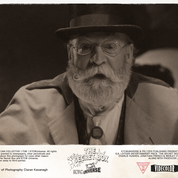 Your movie seems to be really different from the common stories narrated in many short films.It’s clear to me that you have a strong artistic idea behind your authorial path. Tell us
more about it. Is your idea of cinema rooted in your childhood? Does it have literary origins?

My ideas are mainly inspired by fantasy stories, pulp literature or motion pictures and toys from the 70s up
to the mid 90s. My attempt is to re-create that essence of playfulness and nostalgia. To mould an
atmosphere which makes us feel like a child again. This little short was something like a test-run and it is
just the tip of an iceberg, that my collaborators and I plan to expand pretty soon. 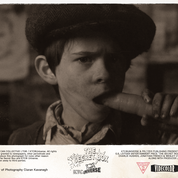 – You managed to recreate the mysterious atmosophere of a XIX century english port. It’s really important
for a period movie to perfectly recreate the historical environment. But your movie is also a kind of fairy
tale. How did you worked with the historical re-enactment? Is it important to remain faithful to historical
sources or, for a director, is it necessary to rework them in a fantastic and intimate way?

Telling a story is always communicating something to someone else. So the moment you really want to be
understood, there always needs to be some element of “authenticity”. But I’d rather call this “being real”.
You don’t necessarily need to be “authentic”, as long as the audience feels that someting is true and “real”,
even if its told in the most surreal und unrealistic way. When I’m building a fictional world and story from
scartch, historic accuracy always comes in second, right after the story and the vision.
On one angle, I want to create elements that are authentic to respect the historic elements. But in addition,
I tend to add some “larger-than life” aspects to it. Below the surface, there always needs to be something
yet undiscovered. Something mysterious. This creates an itch, where the feeling of digging out treasures
becomes imminent. One could even say, that this feeling is the essence in most of my work as a storyteller. 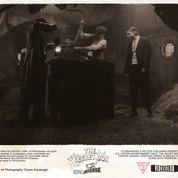 – In your opinion, what can children’s stories teach adults? Is it still relevant today to believe in the
paranormal and the fantastic?

It is more relevant than ever to our society in my opinion. We need to re-focus on dreams and imagination
again, as we‘re so blocked by daily routines, where we mainly exist to be stuck in a job that doesn’t inspire
us. So I wanted to create a piece of entertainment that triggers the sense of adventure, instead of
discussing any complex but obvious moral issue. For me it’s more interesting to entertain, while embedding
all those political, religious or social conflicts in the subtext. 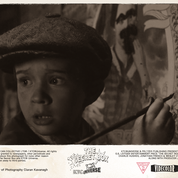 – Your movie is a mix of visual aestethics came out from different periods and it’s very impressive the way
you used its. You are really clever in working with the past, but what could be for posterity our XXI century
aestethic?

I aim to tell stories with a universal philosophical message, which should also be as timeless as possible. In
this case it’s about a small kid, outrunning the grown ups. A conflict of generations which will never change.
And the other element is about “creating stories of play and fantasy”, which is another timeless aspect, as
telling stories has been part of our human culture from the get go.
The reason why I‘m particularly keen on the past before any contemporary setting, is not just a matter of
personal taste. For one reason, it’s to remind people of learning from the past. And second, it’s about
“snaping” them out of their usual habitat. If I would tackle aesthetics from our current environmemt, I
would definitely add some aged or used materials to it. As objects which are used or old, always carry a
past inside, along with a history to be told. I would always look for ways to alter our current world we live
in, to add some adventurous and unreal elements to it. 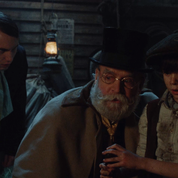