“Ghost in the Gun” by Andrew Chen

23 Ott “Ghost in the Gun” by Andrew Chen

Posted at 17:41h in Reviews by prismaadmin

It’s not easy for a director to tell an epic story full of tension, meanings and action in the space of a short film. The challenge becomes harder if the story is a “genre movie”, a western in this case. But Andrew Chen manages to build all this way and that’s not all. In the beautiful frames of this western, created with great locations, realistic costumes, smoky saloons and bloody duels, a supernatural element creeps in. It could be hard to manage all the genres mixed in this movie but the screenplay mantains always a sharp structure, with simple and powerful flashbacks and raw dialogues, tense on the edge of the battle. About that it is impossible not to mention the character of the kid, an intense fil rouge that runs throughout the story until the end, when the girl is condemned by fate to carry on the history of violence forever. Because the ghost, maybe, it’s nothing but the need for revenge and violence, which never abandons men. This is the reason behind any genre movie: the ability to reinterpret a message in a fantastic way, capable to reach any soul with the power of cinema.

It’s necessary to praise also the stylistic form and the mise en scène. Breathtaking desertic landscapes fit perfectly the supernatural element and it’s impossible to think that this movie has been made outside of Hollywood. It’s not just for the great locations, the scenography and the costumes. It’s the accuracy, the great element of “Ghost in the gun”: bullets, inlays, eyeglasses and special effects permits to Chen to create a real atmosphere in which everything can be framed. The close-up on the table where the characters are playing cards is unforgettable. 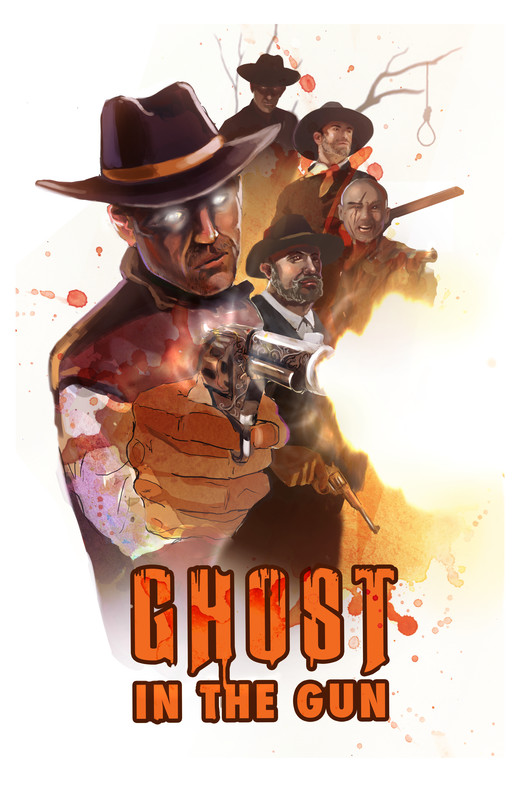