An interview with Joe Camareno, director of “Tin Holiday”

06 Ott An interview with Joe Camareno, director of “Tin Holiday”

Posted at 10:51h in Interviews by prismaadmin 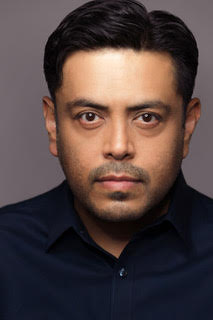 Joe Camareno is an American actor who hails from Los Angeles. He is also a multi-award-winning producer, writer, director, and a producing partner and co-owner of Celtino Entertainment Group (CEG). He was nominated for a 2019 Imagen Award in the Best Actor category for Tin Holiday, alongside Antonio Banderas, Andy Garcia, and Anthony Ramos. Joe is currently in post-production with the CEG drama Edith and Harvey, a story about a man living in seclusion after a tragic event, and is forced to face his past and come to terms with his present and future. His second feature, the multi-award-winning and highly nominated, Tin Holiday, has been making the film festival rounds and has received a handful of offers for distribution. All offers are being seriously considered to make the film available to the masses.   As an actor, Joe has a career spanning over 25 years in front of the camera, having performed in more than 400 TV commercials and over 600 radio spots.

​A true New Media pioneer, Joe took Best Audio Recording honors for his comedic podcast Virgin Falls (2006 Parsec Award), one of the first podcasts of its day. Most recently, he was the series director for the web series Failing Upwards, as well as the educational web series Fixing Paco, starring Paul Rodriguez. Joe’s work on “Paco” lead to him taking Best Director honors at the 2012 Reel Rasquache Film and Art Festival, and the series went on to receive a 2013 People’s Telly Silver Award for Best Program or Webisode, in addition to several 2013 and 2014 Imagen Award nominations, Joe was also the series director and producer for the 2010 Imagen Award-winning web series Ylse.

With a solid background in theater and live show production, Joe has produced and directed a number of original plays at theater companies across Los Angeles, including the critically acclaimed Lost Angeles at the Lillian Theater in Hollywood. As a writer of educational children’s shows, Joe co-wrote The Environmental Defenders, produced by the Los Angeles County Department of Public Works (LACDPW), as a touring production for the Los Angeles County elementary schools from 1995 to 2005. Praised for its merits by educators and a fast favorite among students, The Environmental Defenders won numerous awards, including the 1999 Productivity & Quality Award of Los Angeles County; the 1999 PRSA Prism Award; a 2001 Telly Award; the 2000 National Association of Counties Achievement Award; and the 2000 Association of Visual Communicators Award of Distinction.

Your film might look like a romantic comedy, but it is more complex than that. This is because of the choice of the characters and of the actors. They portray characters in their daily life but they represent gay people and latino actors. Can you tell about what’s behind this choice? What is your statement on today’s canon in casting actors in western culture?
The conscious choice of creating characters that were gay or Latino or both, was to show them as real people. The fact that they identified as gay or Latino was a secondary issue for me as the writer and storyteller. I wanted to show these types of characters on the big screen without any unnecessary or undo fuss about it. I wanted to “normalize” the behavior and characters, because it is normal. It may not be the experience of the viewer, but it is a normal thing to have a Latino person with a white collar job who makes a lot of money.
In the US, Hollywood will often make a big deal about this new “gay” show or an all Latino cast… Why can’t it just be a story about people, some of which happen to be Latino or gay or black or whatever? I just wanted to show them as real people going about their lives living in a heightened situation.

It is very difficult to make an original romantic comedy after all this years of the genre being exploited by major production company as a way to make money. What is your way to do it?

Hollywood tends to make big budget rom-coms with huge stars and they are generally caucasian actors. I don’t mind that, but I think that audiences are becoming more and more savvy and want and expect more from the movie studios, though they tend to make safer choices with sequel and prequels and reboots and reboot. It’s exhausting. There is also a belief that actors of color don’t sell tickets overseas. This is obviously not true as we have seen in movies like Black Panther and Crazy Rich Asians. These two films were blockbusters. Also films with diverse casts tend to do better in general. The same goes for television shows here in the US. The most ethnically diverse shows are the most successful.

Do you think that cinema can change an affect sensibilities and culture and be used as a form of activism even while still keeping its artistic features?
I absolutely believe that cinema has the power to change perspectives. Showing a gay or Latino character as a regular person with regular problems or a family and “normalizing” this behavior for the masses, absolutely will show people that these two groups have the same needs and wants. We all want to be understood and loved and cared for and need a feeling of belonging to something like family or a community. This is my way of being an activist. I don’t write gay films or Latino films. I write films, tell stories about people who just happen to be brown or white or black or gay…

Where are you headed with your next project and what are you going to shoot next?

I have a few projects in the pipeline. A feature called Edith and Harvey, which is currently in post. It follows a middle-aged man who is living in seclusion after a tragic event, and is forced to face his past and come to terms with his present and future. The second is a feature script I have recently optioned with my writing and producing partner, Kurt Patino. It is an action packed story about a young woman who is faced with a difficult choice between family loyalties and following the law. It’s a very different story than in Tin Holiday. Can’t say much more than that.
My production company, Celtino Entertainment, is also producing a series and a feature length documentary on PMAD or Perinatal Mood and Anxiety Disorder. There has been a lot about this subject in the news lately and laws in the US are starting to change to acknowledge this condition. We hope to be able to shine a light on the various PMADs and bring hope and help those suffering through one of the six identified disorders, all of which are treatable.
I have also been given the green light to write a script for a family drama that will be set to shoot in 2021. This story is a full length feature film that will have a very diverse cast.