“The Curse and the Covenant” by Robert Towne

27 Set “The Curse and the Covenant” by Robert Towne

Posted at 09:51h in Reviews by prismaadmin

It is very rare to find a good low budget fantasy movie, because the core of this genre is often in VFX, costume and set design, things that are near to impossible to do with little or no money. You need a smart production and a smart visual style to achieve credibility and to make a film that does not look fake. Even if shot with practically zero budget for a movie of this genre, “The Curse and the Covenant” relies on a powerful screenplay and acting to deliver a fantasy tale in a dystopian world where the enemy has won and the protagonist is the only ray of hope for good to triumph again.

Delivered with a saturated color palette, a screenplay that takes place in epic landscapes with a handful of characters and their intimate story, an inventive cinematography and a peculiar sound design, this feature fantasy film is very well done and makes it for a good genre story that is both meaningful and entertaining, maybe more than a lot of high-end productions that we see on Netflix or in the theaters.

It is a good attempt that can show what the director might be able to do if given the mean for a proper, bigger budget fantasy movie. 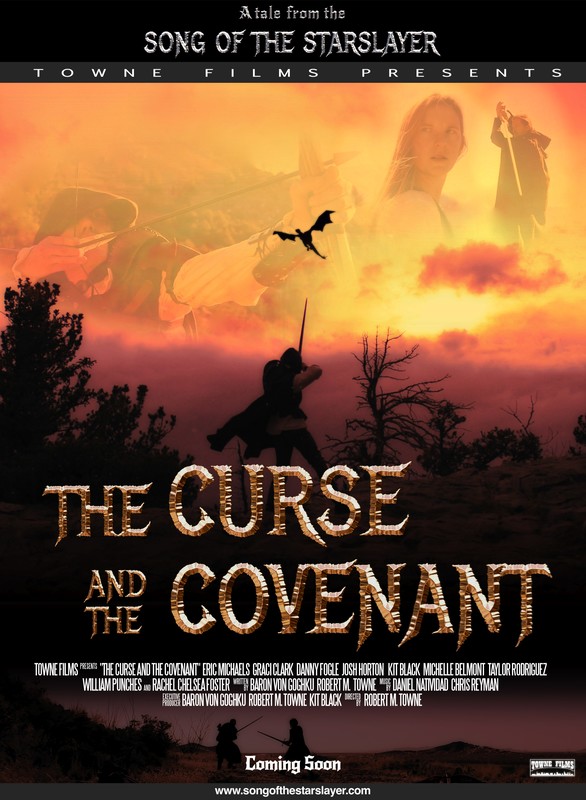