An interview with Jiayi Li, director of “My declaration”

15 Set An interview with Jiayi Li, director of “My declaration”

Posted at 16:13h in Interviews by prismaadmin 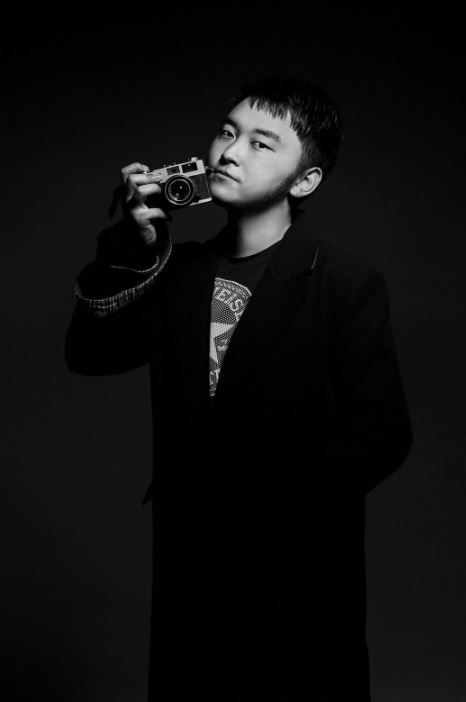 Jiayi Li is a Multi-Award Winning producer, director, and screenwriter based in Los Angeles and Chongqing. He was born and raised in Chongqing, China.  He started career on set in his country. In 2012, as the director of project “Only Way of Living”, he was in charge of producing a publicity film for Jinfo Mountain of Chongqing. The entire shooting took one month. The publicity film was eventually well appreciated by the authority and broadcasted on several TV channels. Before he came to Los Angeles. he has been “working” as the assistant for eight years to my mentor-director Peng Luan which is the famous commercial director, and participating in the creation of short films and commercials such as CHANGAN cars, HONGYAN vehicles, etc. Commercials were on CCTV channels. It is work as he has accumulated experiences in all kinds of positions, such as assistant of director, sound mixer, BTS and actor; it is also fun as he has met multiple great friends with the same passion for films. He has established his own new international crew of feature film making at present, and he could better to explore films and keep pursuing this career. After coming to the United States. He has done a lot of different projects like feature
film,shorts, and commercials as producer, director, screenwriter, sound mixer, gaffer, production assistant, etc. As a filmmaker, you have to know all aspects of creation and try to be as comprehensive as possible like generalist. His drama shorts “Float” (2017) and “Ashes of Time” (2017) garnered critical acclaim more than 20 festival awards & nominations, including Best Film Short and Best Director, etc. The story of “Float” is about an AIDS prostitute is on the path of revenge & selfredemption after losing herself. The story of “Ashes of Time” is about a young country cowboy who comes to Los Angeles to figured out his dilemma & destiny.  His latest feature film “From the Ocean” (2019), which he produced as Executive Producer, will be sent to the Sundance Film Festival and Berlin International Film Festival. The next feature project “Distance” will also be on the agenda.

“Push the character over a cliff to explore the ultimate spiritual rebirth.” 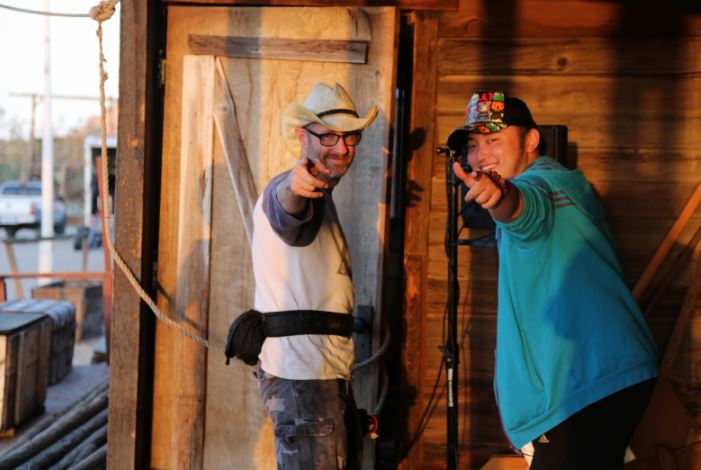 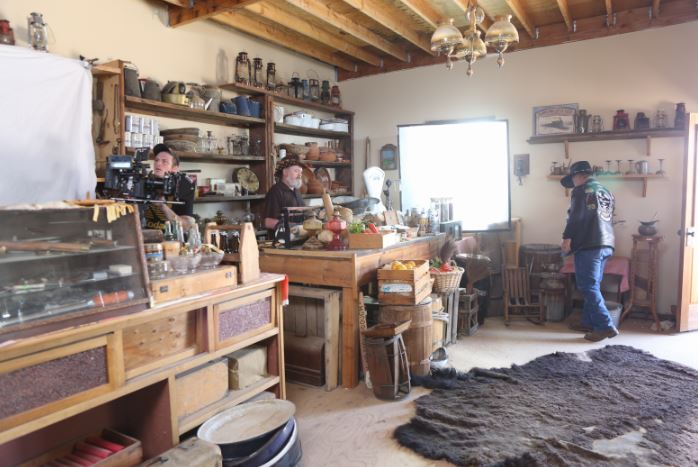 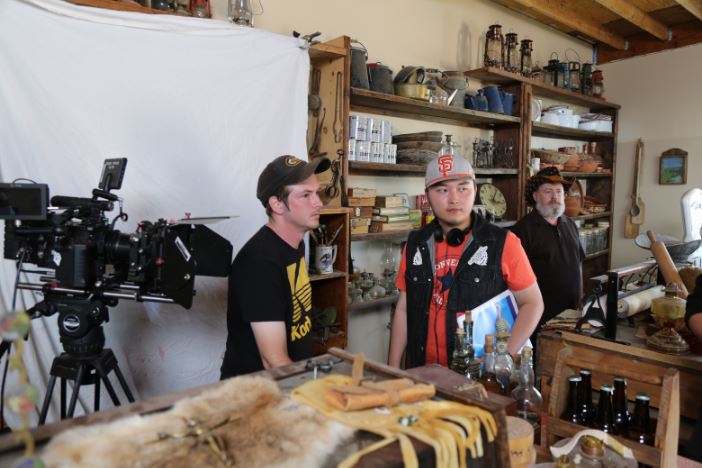 “Being towards death” is a philosophy introduced by Heiddeger. Did philosophy influence your work? How did you  elaborate on the concept while writing the script?
Yes, that’s for sure. Because the film ultimately points to culture, and the director ultimately points to philosophy. So a great director is a philosopher on a certain level in my mind.
I integrated the concept into all aspects of the film, such as character settings, environment, conflicts, etc. Because the design, imagination, and exploration in all film’s script revolve around themes and characters.
The existence of the protagonist metaphorizes this philosophical concept which means “Being-Towards-Death”. The protagonist is a person who wants to use death to achieve himself. He is deeply trapped in his own spiritual dilemma and cannot escape. So he wants to try to use death to free himself, but in the end he realizes that he is just an ordinary person and still has the fear of human nature. So my definition is that he has to accept everything and go to another place to be re-born. But unlike before, he gets a glimmer of hope. And the environment is in the desert, lonely, helpless will be particularly magnified. It is ridiculous, monotonous, and boring. It is a strong stimulus, and the hero
has to explore his own future in an extreme way. 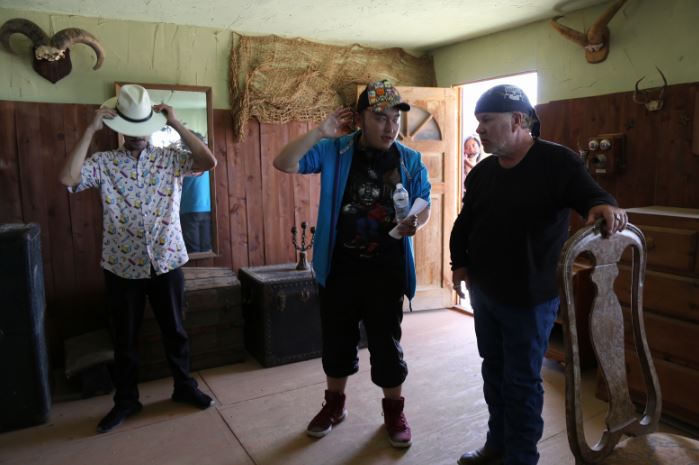 The western environment looks perfect for staging the concept under a new setting. How did you approach production design to fit the screenplay and the theme?

It may be due to my sensitivity to environmental emotions. Usually, when I create, I will have a strong sense of picture. These pictures will bring special emotions to me. As long as you know what you want, when you do location scouting, you are going to be easily resonated by the scene you are facing. I have been to a lot of different desert out of Los Angeles, but when I went to place that near by Joshua Tree National Park, I was deeply attracted by everything there.Not only the great desert, but also the western style ranch which is also a personal backlot for
western that I really wanted. It fits my sense of the picture. It can be well linked to my theme, bar, room, convenient store, isolation, sparsely populated, cruel beauty, etc. Everything you have. After doing location scouting, I picked there to be my shooting locations.
Behind what looks like a genre film lies a powerful psychological drama: why this story was so important to you?
Because it is to some extent my view and concern about the world, it is a significant part of my spiritual world. I am willing to explore certain boundaries, such as the boundaries of human emotions, the relationship between desire and dignity in human nature, and how to solve spiritual dilemmas. Try to find a way out, not only on the theme, but also in the way of the film is expressed 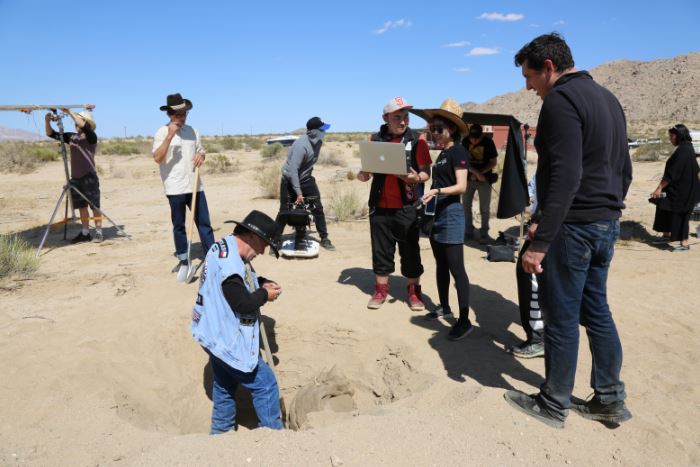 What are you trying to achieve with your cinema? What questions do you want to raise in the spectators?
I would like to use film to achieve a sense of tranquility and find the meaning of my existence. Maybe I’ve got it，it’s nature which means follow the nature of development law. I would like to come up with this question in the spectators. How can human spiritual and emotional plight be relieved? Attempt to inspire a viewer’s self-reflection from a unique perspective. 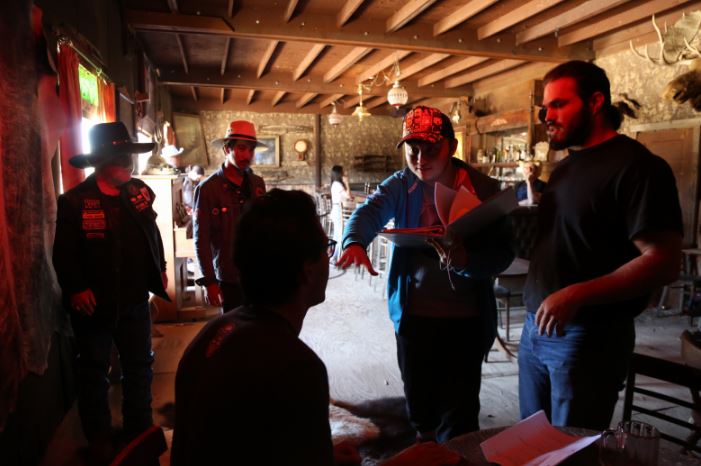