An interview with Mariano Cabaco, director of “SONNTAG”

01 Set An interview with Mariano Cabaco, director of “SONNTAG”

Posted at 11:54h in Interviews by prismaadmin 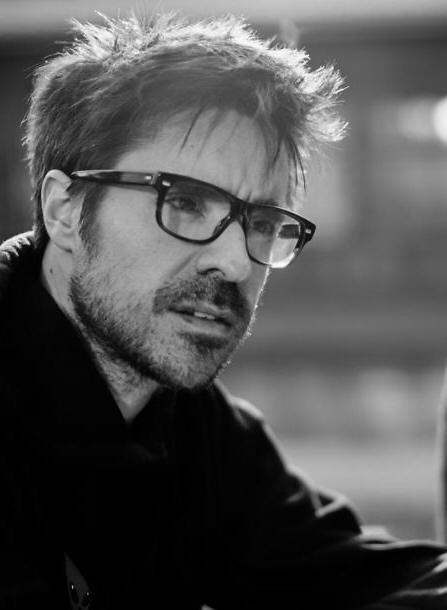 Mariano Cabaco, 39, was born and raised in Buenos Aires, Argentina, where he studied Theatre and Art History. He then moved to Paris where he reconnected with his passion for Film and decided to start his studies in Filmmaking in Prague. This is his second job as a Director having participated in several projects as an Art director. He is currently working on the development of the script of his debut feature film.

“Personally, I believe Cinema is a beautiful language that allows us to dream and to get away from the squallor of the real world, encouraging us to express our feelings getting rid of our fears.”

Your film talks about the difficulty we have in expressing our emotions. There seems to be a kind of disease in modern society in this matter. People are not able to talk about what they feel anymore. What do you think about that?

This is a very delicate topic that sometimes can be underestimated. I have the impression that the lack of connection with ourselves along with the superficial society we live in, where appearances are overvalued, has created this fragile world where pretending is more important than being true to our feelings. Sonntag is a film that shows how also even in our closest relationships, it is difficult to speak the truth and how reality is determined by our perception, which is controlled by what we feel. Throughout the story we can observe this difficulty to express feelings such as love, regret, forgiveness, pain and sadness and how the characters need to find alternative ways to communicate, through nature, food, but definitely not with words.

What brought you to make a film like this?

I have always been attracted to explore sad stories and to discover ways to find hope in the midst of pain. Maybe because I feel I have been very lucky in my life and I am an optimist, I do believe that despite pain and sadness there is always space for hope. My desire is to inspire others to find the strength to strive for happiness. I could personally experience seeing a loved one not being able to express his true feelings and how that, in a way, affected his ability to be free, hurting others but mostly himself. However, his strength and sense of battle was an inspiration for me, allowing me to see how important it is to accept who we are and to connect with our deepest feelings.

How did you research to be accurate in representing such a delicate matter?

When I decided to tell the story of Florian, the first thing that came to my mind was how to be as precise and accurate as possible with the character building. It was such a difficult task because it involved exploring feelings and experiences I never went through. So, I decided to work with a psychological consultant who was part of the entire process, from the development of the character to the rehearsal process. We worked together in the representation of every single beat as Flo would do it. For me as a director, and also for the actor was important to understand that during this process, Flo should be real, that he should exist in this imaginary universe that we create with the language of Cinema. I decided to work with the Stella Adler method, adding the support of the psychologist that helped us develop the details, for example, the look in the eyes, the slow movements affected by the medication he took, the way he looked at the world or his tone of voice. I also applied new techniques, like rehearsing in real locations such as a psychiatric hospital and being isolated in the woods. We rehearsed for 4 months on a daily basis, it was an exhausting process, with the challenge and responsibility of accompanying Alex Figueiredo (Florian) who spent 20 minutes non stop on screen doing the very complicated scenes that this role demanded.

Your style of direction, slow paced and contemplative, has a precise meaning. How could you explain it and justify to an entertainment spectator, used to faster cuts and sequences?

This is a topic that needs time. When I was writing this movie I understood the importance of having a moment to see things from a different perspective and, in that process, I used to get very sad. Then, during the shooting, I could see how the crew was feeling sad, but also how we could all find hope after taking the time to see through the eyes of the character.  When we were editing, I needed that time to look into the eyes of the characters, to feel them breathe, and to perceive all these subtle expressions that can speak so loud in a scene. I needed to take the time to discover these hidden feelings, just like in real life, where we need to learn to observe beyond to see the truth. I want to encourage the audience to get involved in the story so they can make it part of themselves and not just leave it behind in the theatre. Along with the 2 DOPs that joined me in this challenging process, we designed every single frame to make it look beautiful. We wanted to establish a contrast with the dark reality of the characters and also portray, through nature´s beauty, the light hidden inside them.