An interview with Molotov Mitchell, director of “WASTERS”

30 Ago An interview with Molotov Mitchell, director of “WASTERS”

Posted at 09:37h in Interviews by prismaadmin 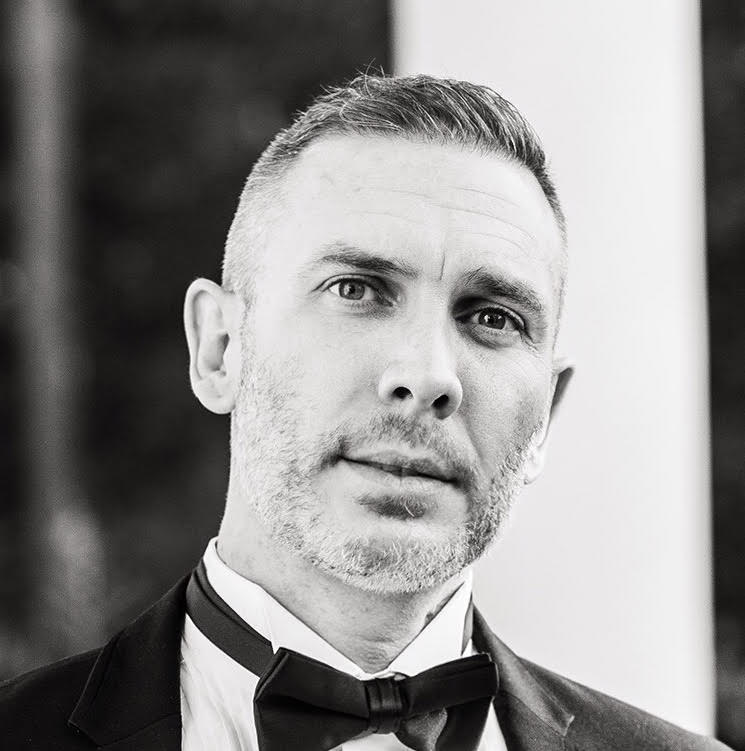 U.S. Martial Arts Hall of Fame Inductee
World Record Holder for “Fastest Unarmed Gun Defense”
Awards for Directing, Editing, Fight Choreography, etc.
I love creating really fun fight scenes with ferocious characters as a way to remind viewers that we can be heroic, and that they were meant to fight. It’s a way to spark a flame in people. When you see the Hero go down, busted, but he gets back up and keeps throwing, there’s a small part of you that knows it’s not just a movie. Something spiritual is happening, when it’s done right. I don’t mean garbage fights, but realistic, visceral stuff. That’s why I use Krav Maga in our fight scenes. Because it’s real; it’s not Hollywood. Those are some of the same techniques that I’ve taught to police and Spec Ops units for years. So when a heroine faces a gang of huge, hulking dudes and she doesn’t back down, but she knows Krav, there’s hope! Fear and hope start to boil in you, and when she takes one of those bastards down, you start to believe! She can win! And why do we want her to win? Because deep down, we know that we can be the heroes in our own stories, too. We just have to fight! When a fight scene is done right, you wanna stand and fight, too. That’s what I’m really after.

Your film is a very original hybrid between action, dystopian sci-fi and combat movie. How did you get the idea to mix a Milleresque setting with combat film?
There’s a band called Waterdeep that once wrote, “Tell me a story that’ll make me feel, Something far flung but something real. Something that’s human but not depraved. Somebody endangered, but somebody still saved.” Those are the guidelines for me. And that’s a great description of movies from the eighties. I’m a huge fan of the eighties, because that was a brighter and simpler time. Kids were king, we had great heroes. Ronald Reagan, Mr. T and Hulk Hogan. Saturday morning cartoons. And we had a very clear enemy in Communist Russia. And the movies were near-mythic in their imagination and inspiration. Rocky 4, the Goonies, Mad Max. Those films boiled things down to the basics, in a way. Especially Mad Max. I love postapocalyptic stories. When things are really simplified, it makes us ask if we would make it in that situation, you know? So putting the two together felt natural. That’s probably why Mad Max took off in the eighties. So our stab at the postapocalyptic, WASTERS, aims to boil things down even further. It’s almost exclusively hand to hand combat because bullets are scarce in the Redlands. I like how one reviewer described it: “Chuck Norris meets Mad Max.” There’s just not a lot of shooting. There’s even less talking. WASTERS only has seven spoken words in it! I just want viewers to feel like they’re on a really fun roller coaster, so it’s pure action for 15 minutes straight. I’d like to believe it’s deceptively simple, but obviously, they can be the judge!

How do you work on choreography? Did you involve all martial arts professionals? Has there been somebody that had to learn the process?
I already own Triangle Krav Maga, a combat training center in North Carolina, so we have an amazing pool of talent that we rolled into a film program called Fight Dub. With Fight Dub, participating Kravists learn how to fight for the camera. For WASTERS, we had Fight Dub weekend camps to get everyone ready for principal shooting. I play one of the two main characters (Cole) and the other’s played by my wife (Sawyer). It’s difficult training with your spouse, at least for me, because I’m pretty demanding when it comes to Krav. And my wife’s actually a doctor with crazy hours, so that made things complicated. But she managed to hunker down, put up with me and she absolutely killed it. They all did! In fact, just yesterday, Greer won Best Lead Actress at the American Golden Picture Awards, so woo-hoo! Way to go, babe!
Editing plays a crucial role in this film. What is the effect you wanted to achieve and how did you manage to achieve it?
Ah, yes. I knew from the beginning that the postproduction was gonna be a lot of work. I don’t know if you’re aware, but with the exception of drone shots, we shot the whole thing on an iPhone 8. You’d never guess that from watching the final product, but that’s because I had to go hard on the post. In addition to the eighties intro and eighties cars, I wanted the film to have that late seventies to eighties grindhouse fun vibe. I folded the footage on top of itself over and over with old LUT’s, a dash of film damage, threw in some cheesy happy ending stuff, straight cuts, fade outs. Very eighties. There’s even an intermission (laughs)! But also, once Cole and Sawyer (the protagonists) have been through a lot, the damage they’ve suffered starts to affect the footage itself. Once they leave Bill’s Shop, the cabin, they start experiencing “warping” effects, where time pauses as the screen blurs and stretches. It’s meant to communicate time dilation, which is what occasionally occurs when you experience extreme duress. And that’s meant to make viewers sympathize with the heroes more deeply. They feel woozy, too. But they’re also drawn in by the soundtrack, which was a whole other planet of work. Each scene has a song with a specific vibe and sometimes even specific lyrics to describe what’s happening and where we’re at in the Redlands. Choosing the right music…well, we started with over a hundred really great songs, so it was a big challenge. I think we made good choices. In the end, I hope that the final cut helps viewers glide through a world that’s got nostalgia, scares and fun all at the same time. 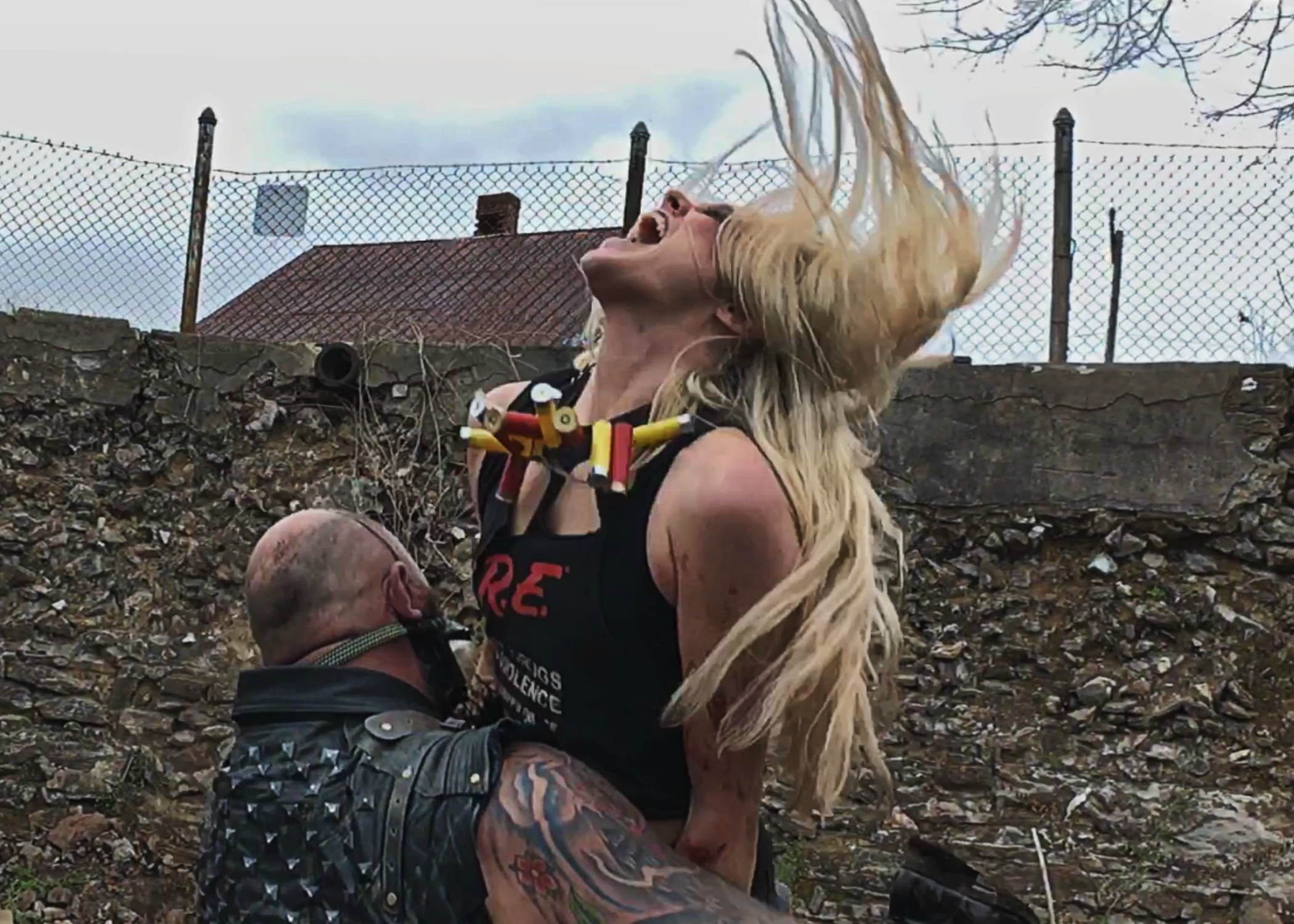 Brutality and violence: what do you think is the effect of a film like that on society?
That’s an interesting question, because I have more of a problem with brutality than violence. I tell my Krav students, “Good people speak a language of love and respect for one another. Unfortunately, others choose to speak a language of Violence. Therefore, we must learn to speak Violence as a second language, so that when they talk to us in that way, we can make our points with vim and verve.” I value violence when it’s used to protect good people. As I alluded to with the Waterdeep lyrics, our story’s not depraved. Somebody’s in danger but somebody’s still saved. The violence is powerful but it’s never dwelt upon. Our protagonists are doing what’s necessary to survive. One reviewer wrote that WASTERS had “more murders than a serial killer with a permanent pardon.” I think that’s a really funny line, but technically they aren’t murders. They’re justified, self-defense killings. The techniques are savage, they’re also entirely necessary! If our heroes just stood there stomping bad guys over and over, well that would be depraved, and I think that those films are hurting viewers. Torture porn dehumanizes people and inspires some dark thinking, and there’s plenty of data out there to support that. That’s not us. Our heroes are in danger but somebody’s still saved, but the only way to do that is to bash, break and bang their way through a horde of murderous commies, you know?