Posted at 08:59h in Reviews by prismaadmin

Horror films are by far the most popular genre of film in these days: it is very hard to come up with an original idea that is both deep and entertaining. In this short film called “Adam” directed by Gemma Paul we had the feeling that the plot, the setting, the idea behind the cinematography and the overall aesthetics created a very original remake of the achetypical tale of Frankenstein, delivering a story that was both interesting to watch and funny to follow.

Directed with creativity and pace, using horror staging clichés in an ironic tone, it depicts the short story of Adam – a re-animated human – that, once the pursuit of his girl ends up disastrously, seeks out for his creator to bring her back to life like he had been. Black and white cinematography and VFX of electric sparks, in the setting of an old laboratory and of a cemetery, give this short an atmosphere of WW2 – sci-fi / horror tale, creating a reminiscence of settings like “Return to Castle Wolfenstein” and stories like those.

In the end, you have the feeling of having watched a very original short horror tale which could be ready for distribution in genre festivals. A short film made with good taste and with lots of ideas that is a metaphor for lost love. 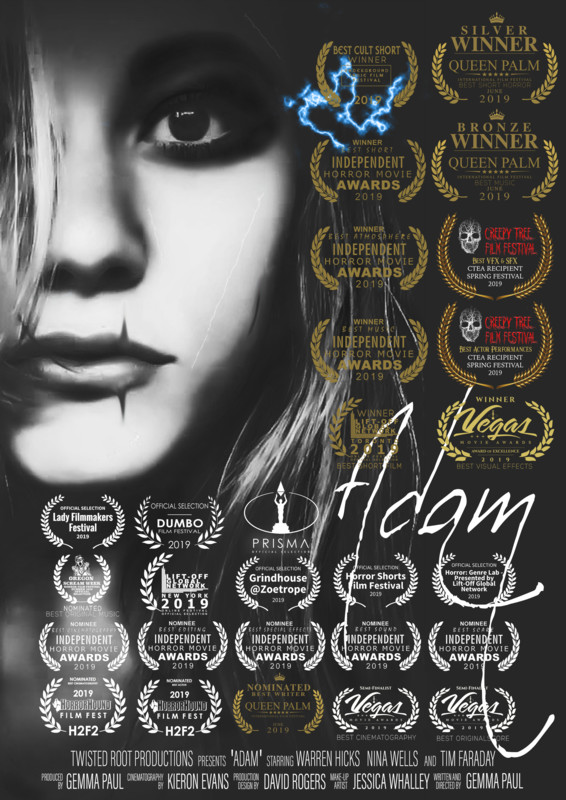