“Nursery Rhime of a Madman” by Igor Rados

17 Ago “Nursery Rhime of a Madman” by Igor Rados

Posted at 07:05h in Reviews by prismaadmin

A poet is trapped into an asylum where two doctors have opposite view on the therapy for their patience. A nurse falls in love with the poet that has only one wish: to be free and able to write and create with his art. This setup creates the premises for a very funny, dark and twisted comedy, with elements of surrealism and thriller. First of all, who is the madman? The poet that is being held prisoner or the doctors that think they can trap him?

Secondly, who is seeing things distorted? One of the characters, the director or the spectator himself? Nursery Rhyme of a Madman plays with the cinematographic medium to create multiple planes of reality where the spectator gets lost, while entertaining him with a dark, twisted humorous acting.

A sick screenplay that is full of original ideas, shot on a tight budget for a feature film but that ultimately entertains the spectator with a good pace and rhythm, with the help of a cast that was really able to set up an original tone.

We sincerely think that cinema needs original plots like this to renovate itself and to propose to the public something different, unique and new. Igor Rados created a brilliant project that really got all our attention. 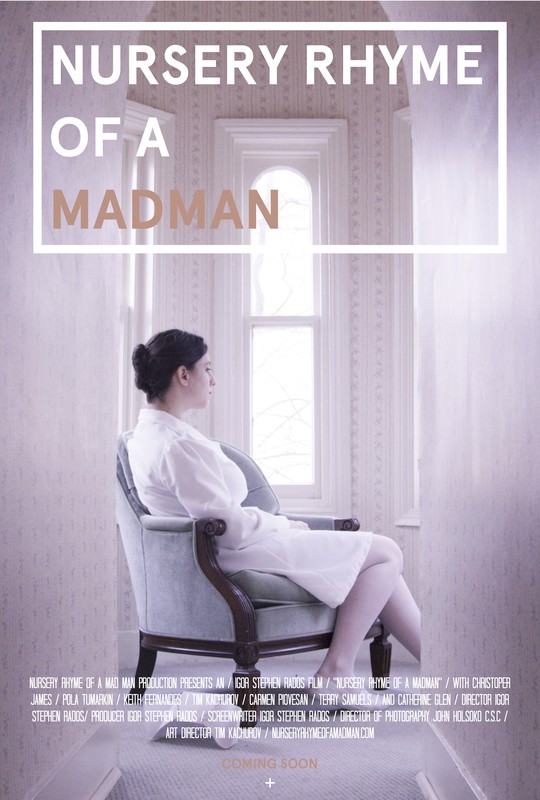