Posted at 12:33h in Semi-finalists and Finalists by prismaadmin

Congratulations to all the nominees of our monthly awards! Here is a list, divided by category, of all the movies that made the cut to the nominations. On August 3rd you will know who won! In the meantime, you can pick the official nomination laurels here  https://drive.google.com/open?id=1gWW5gRRdGdNUc2kzVu0xrgZzppKvnrv7 and choose the one for your category. 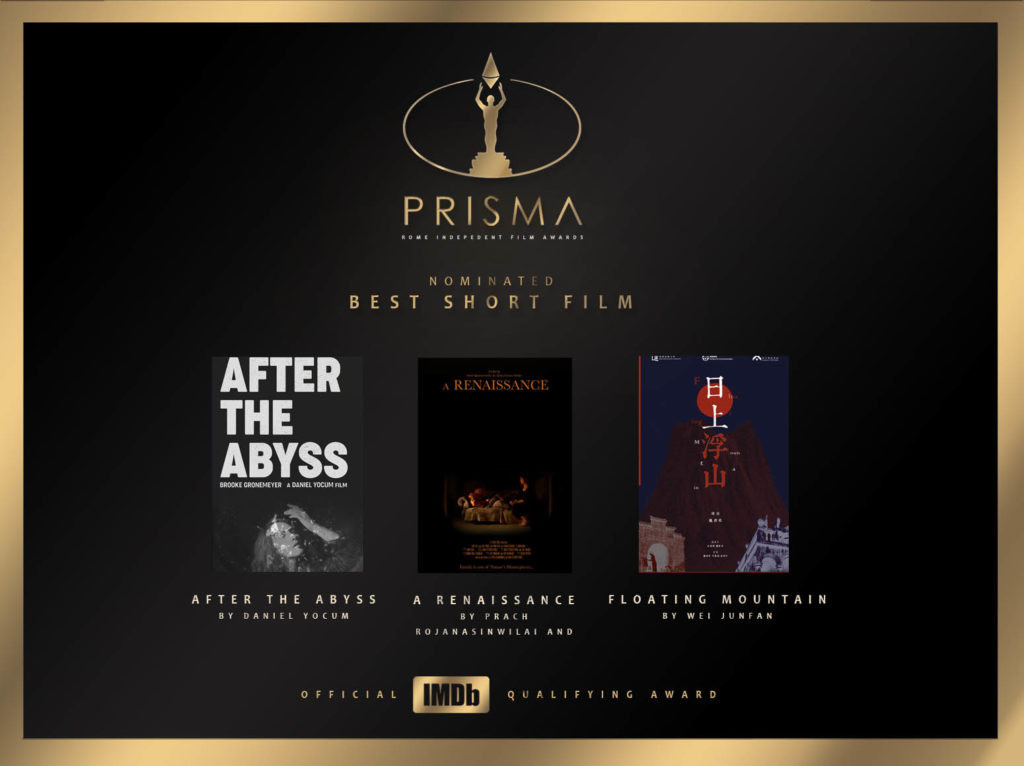 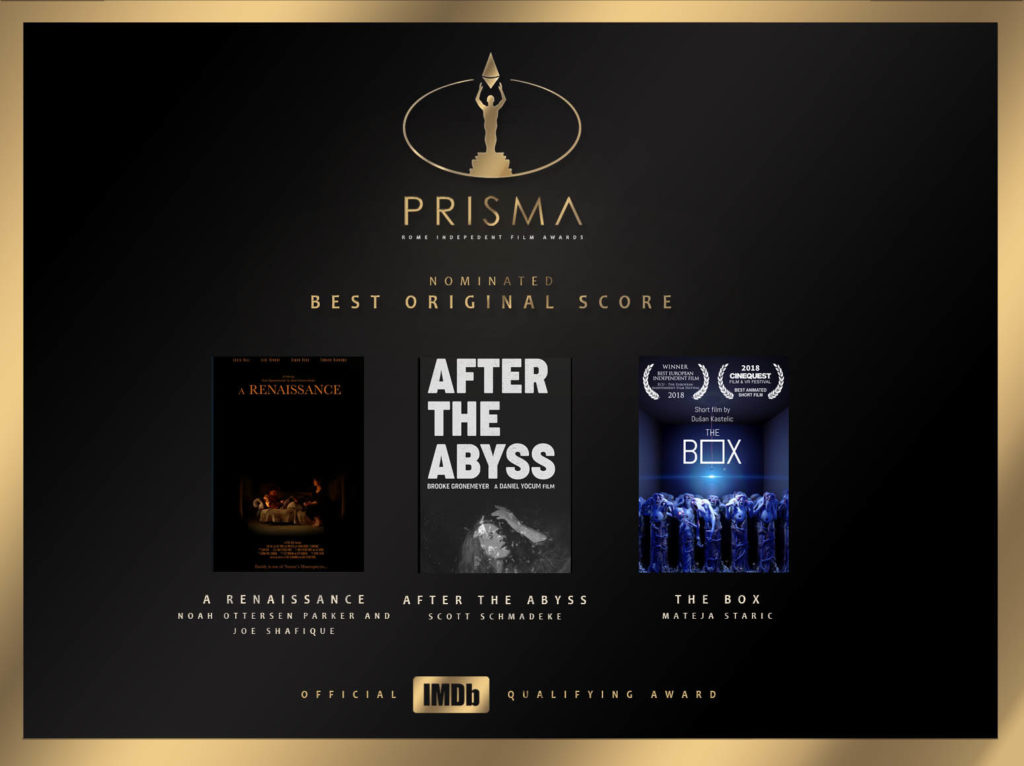 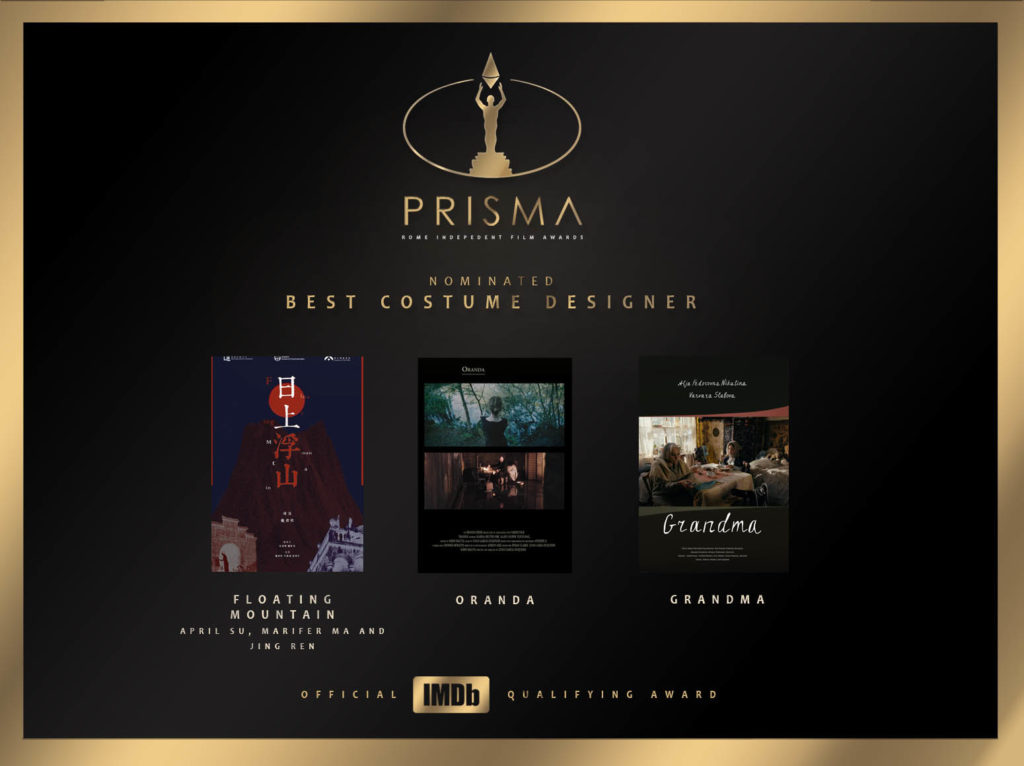 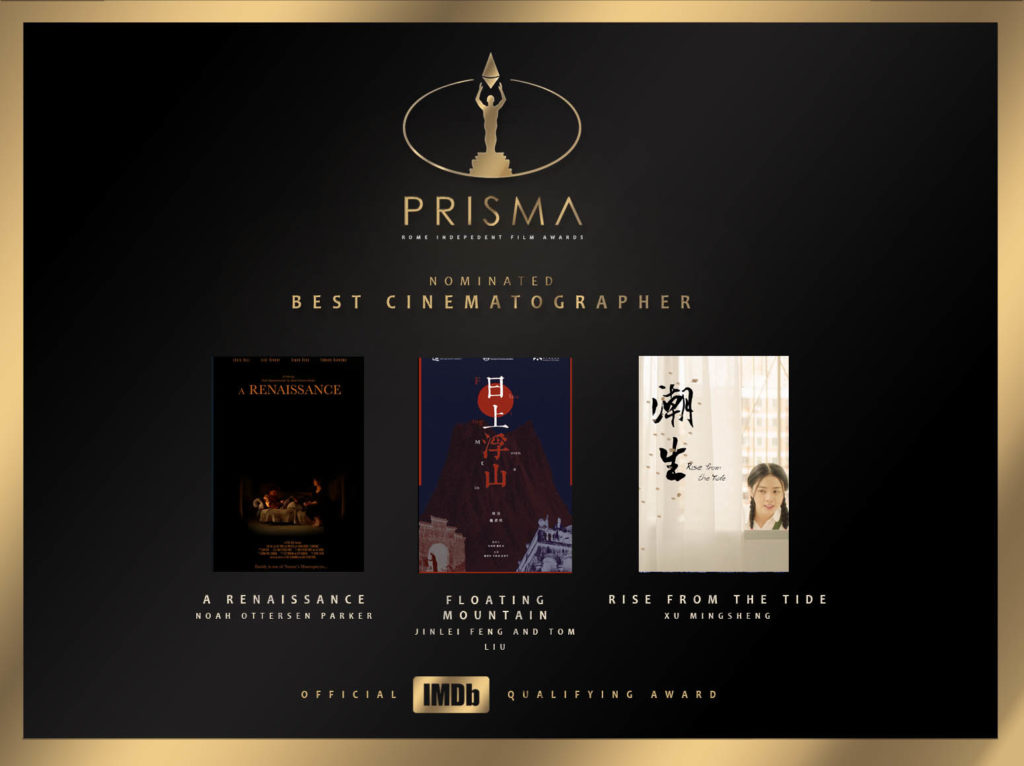 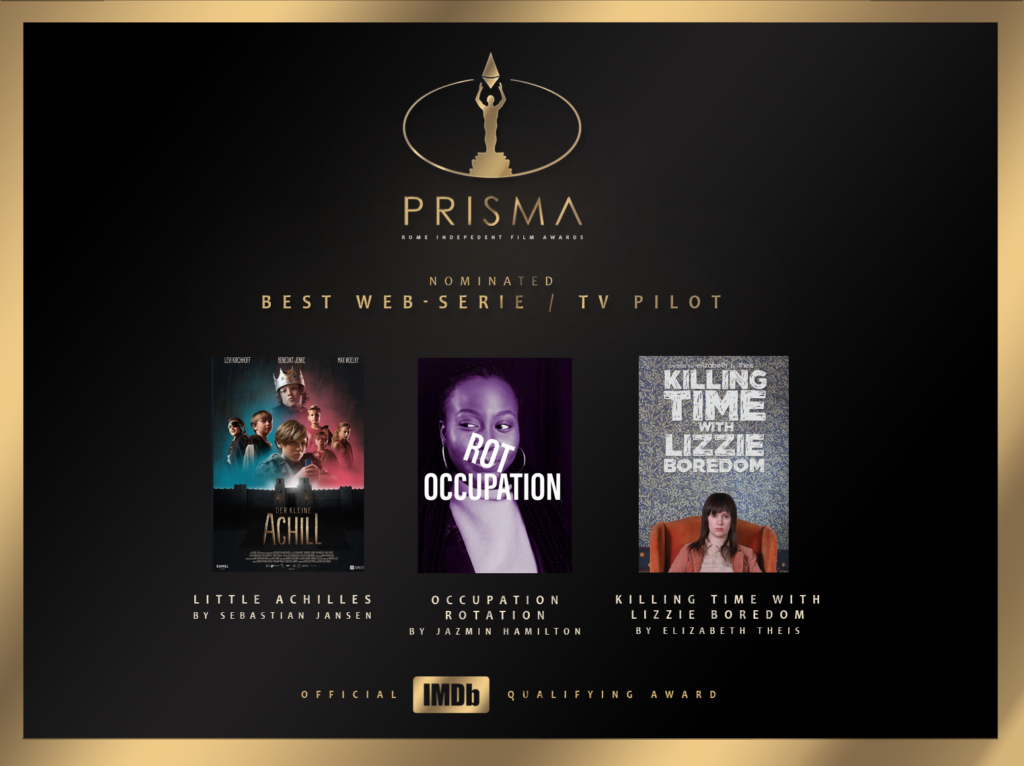 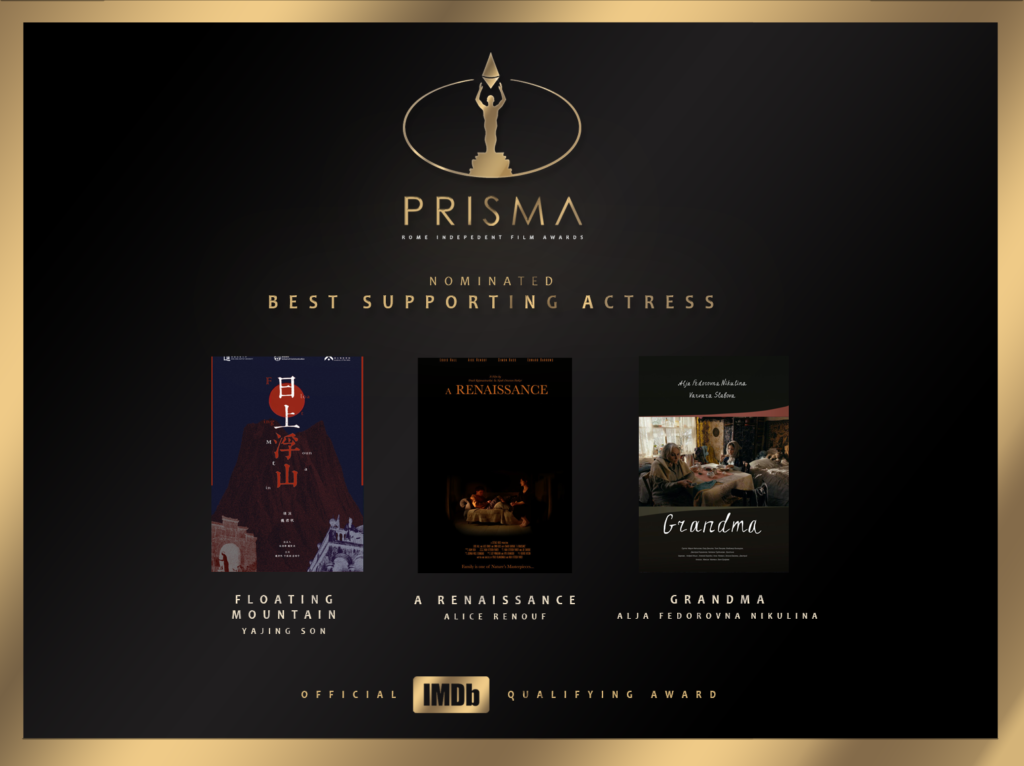 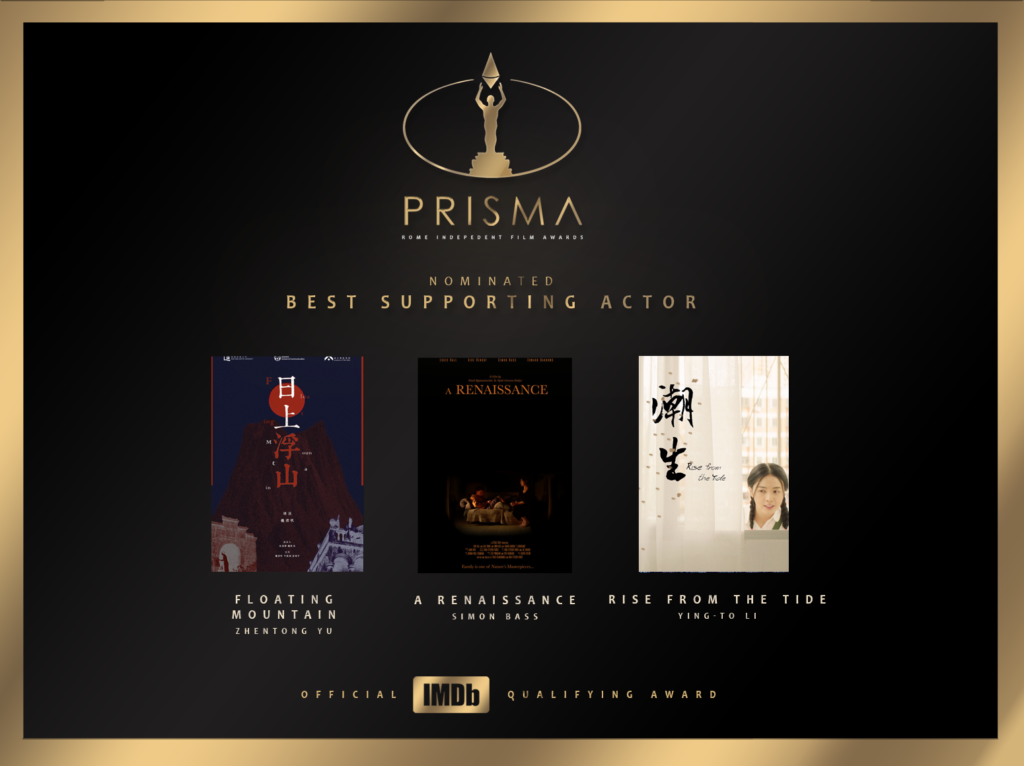 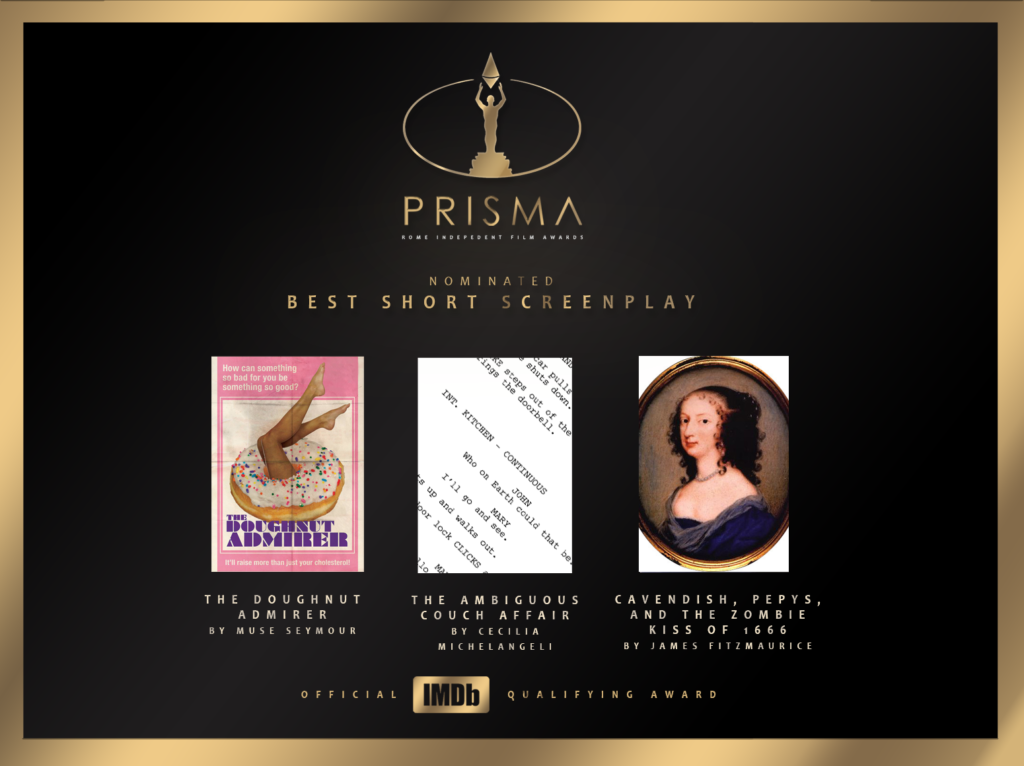 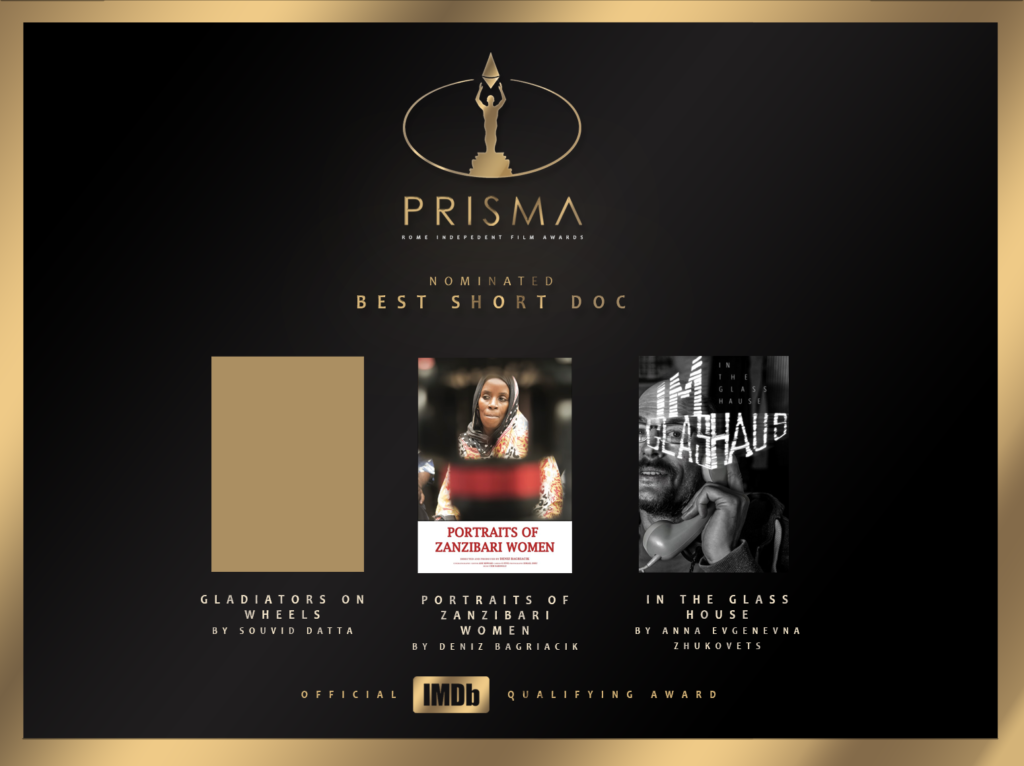 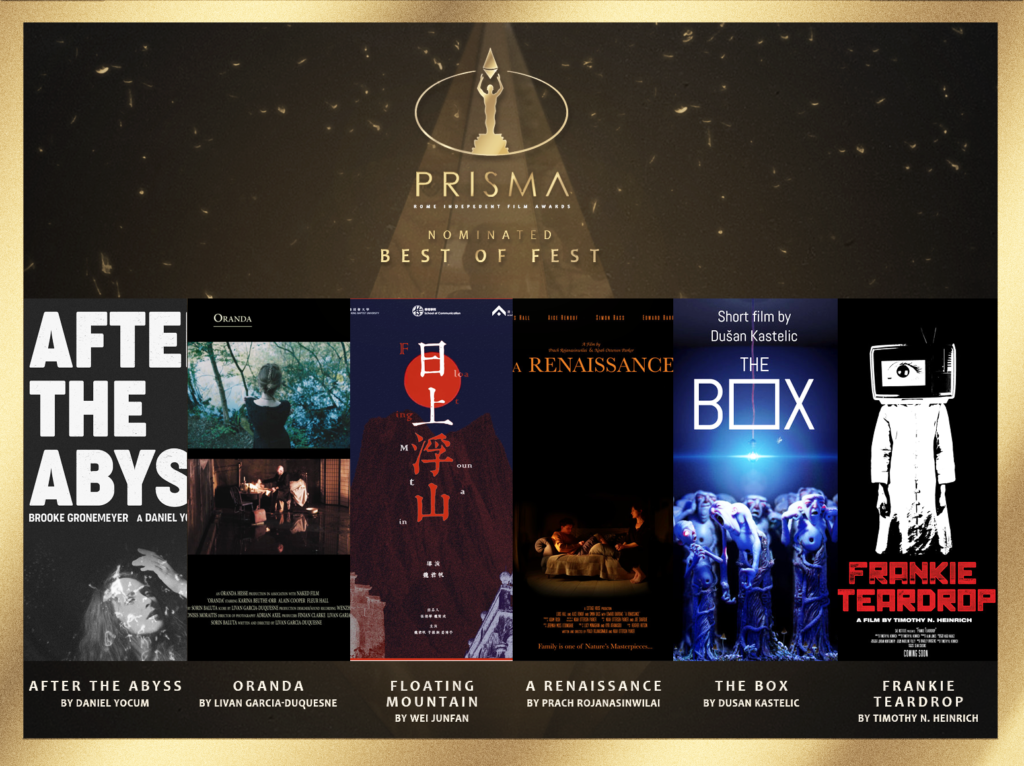 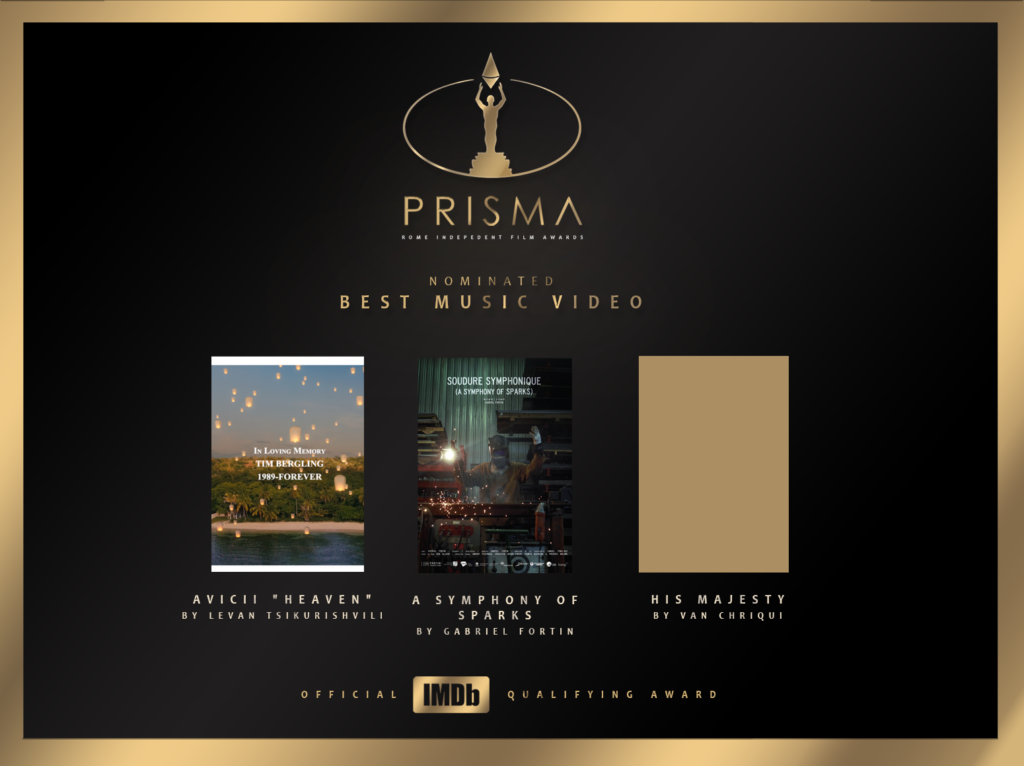 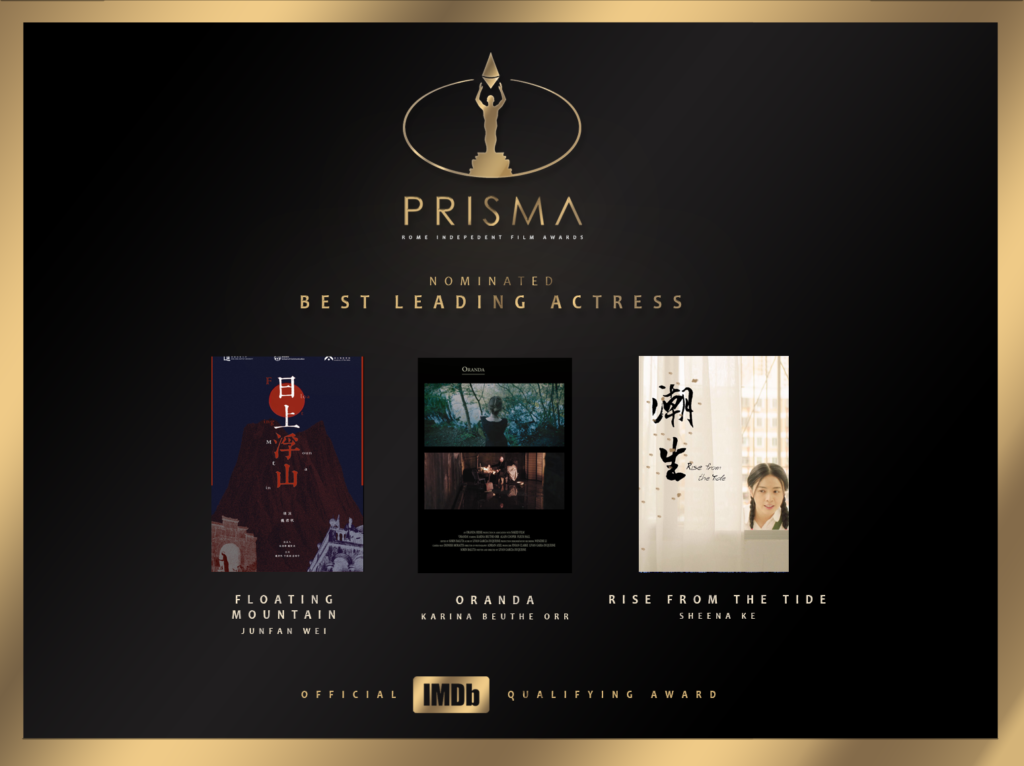 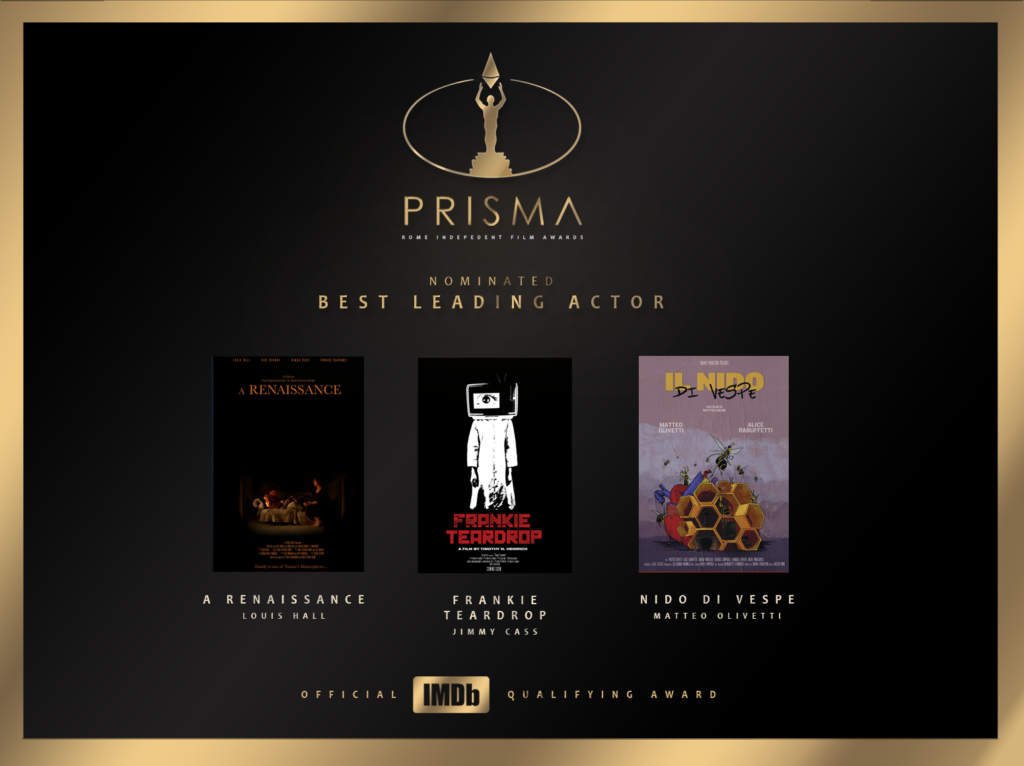 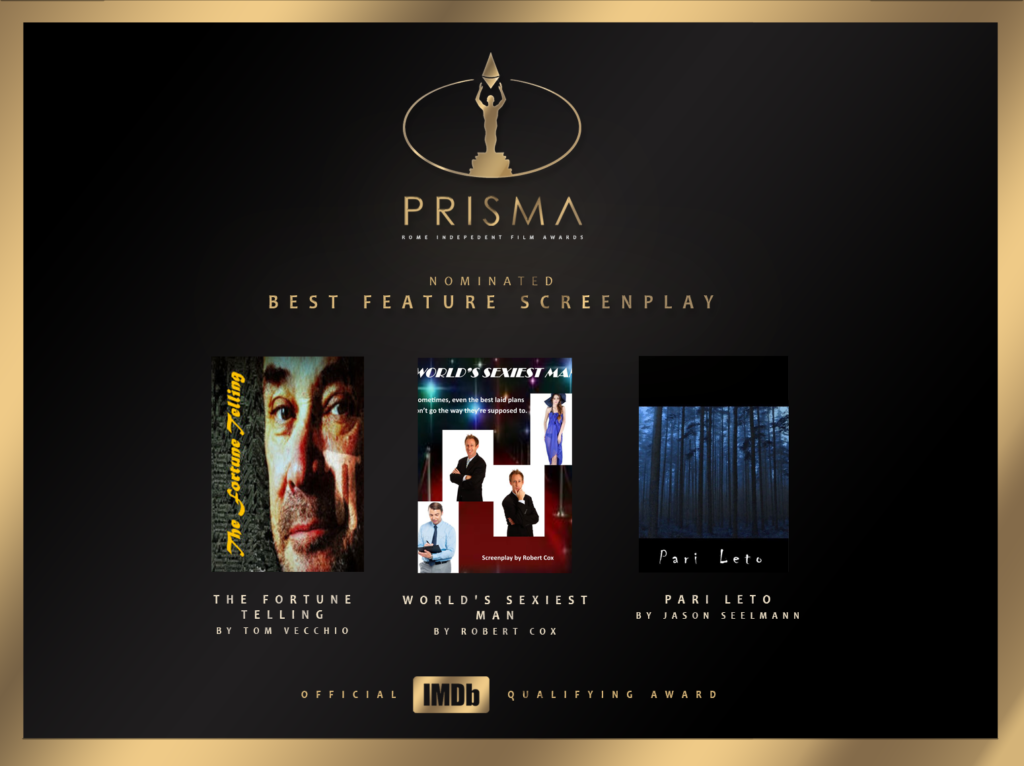 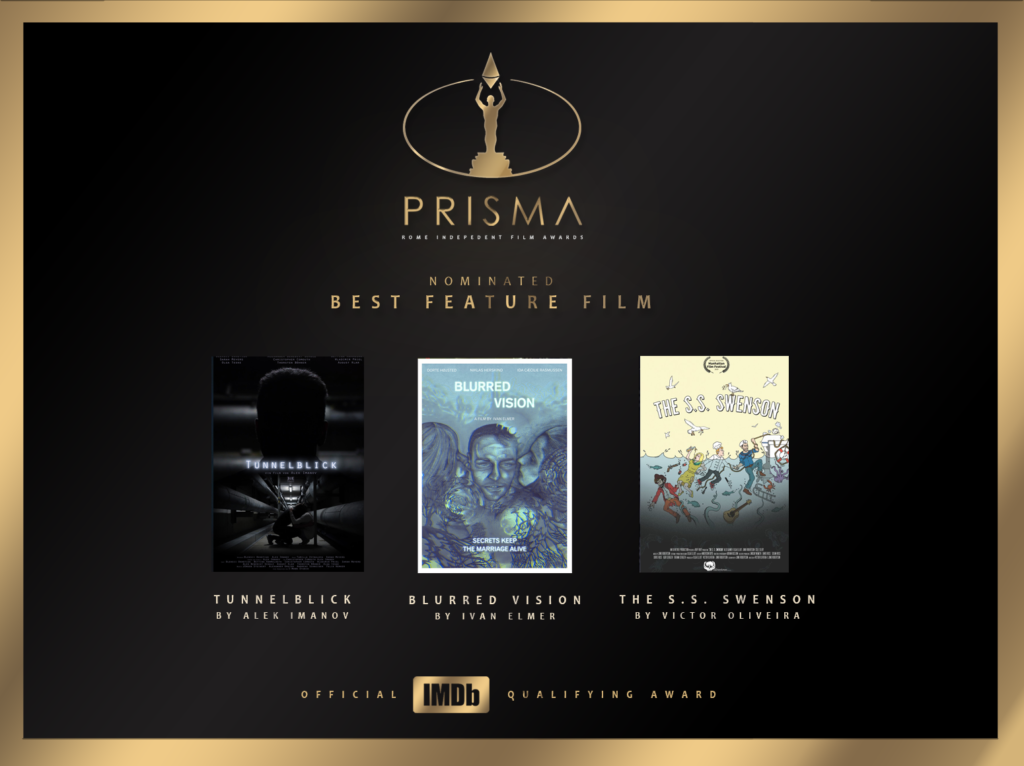 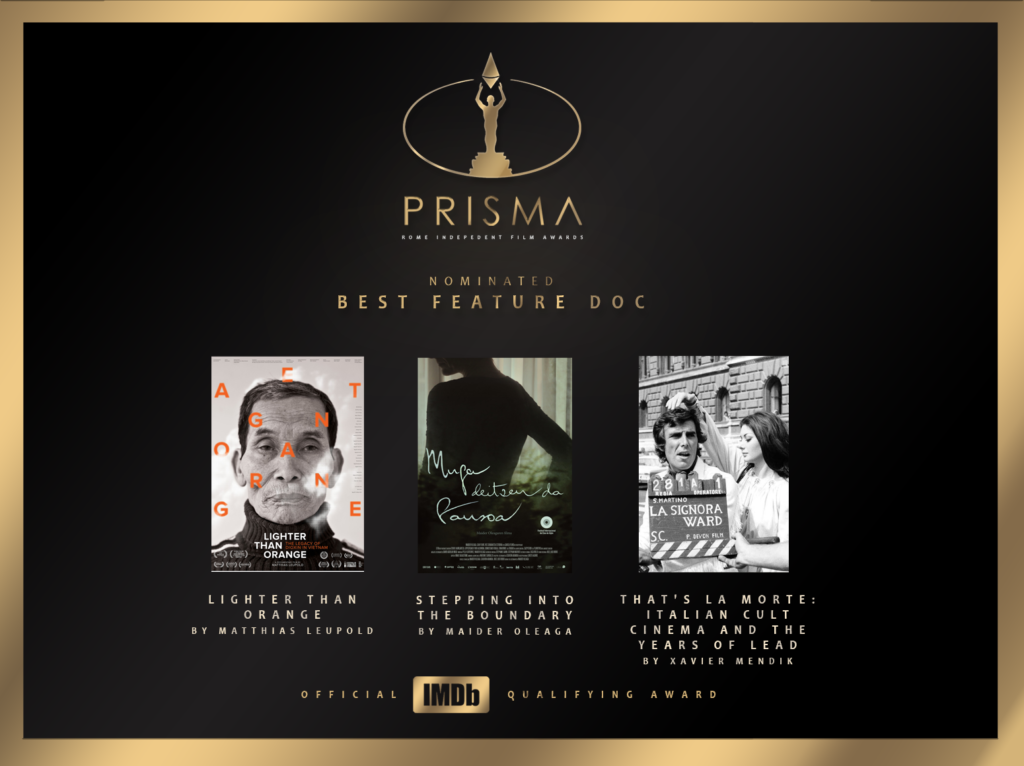 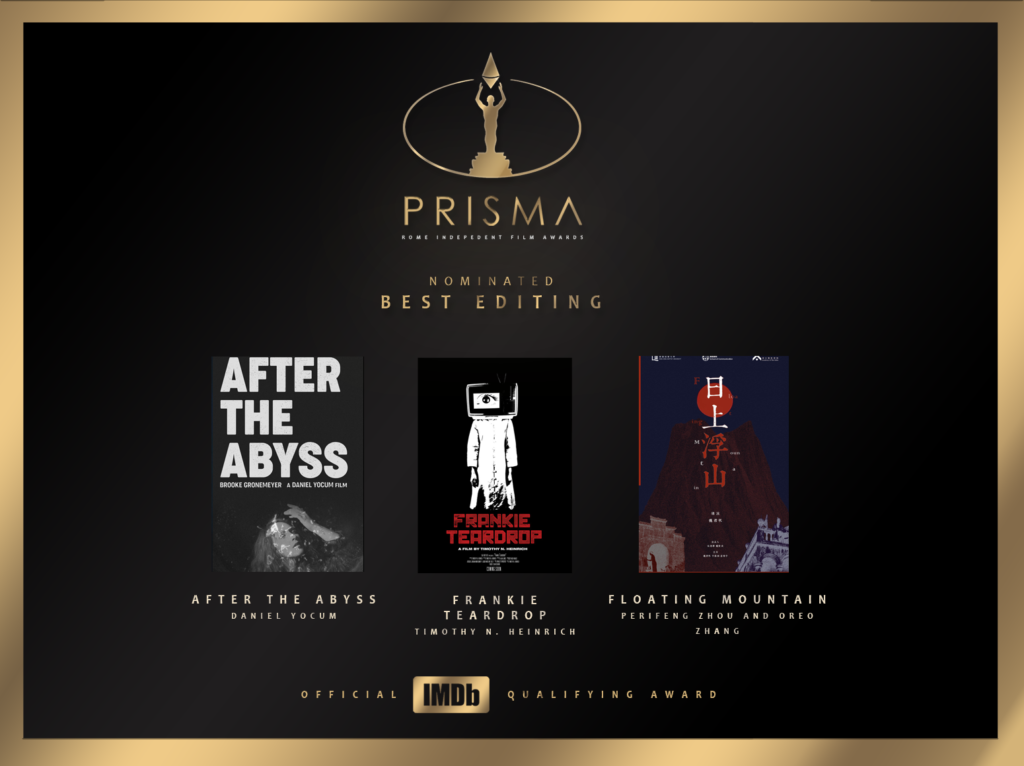 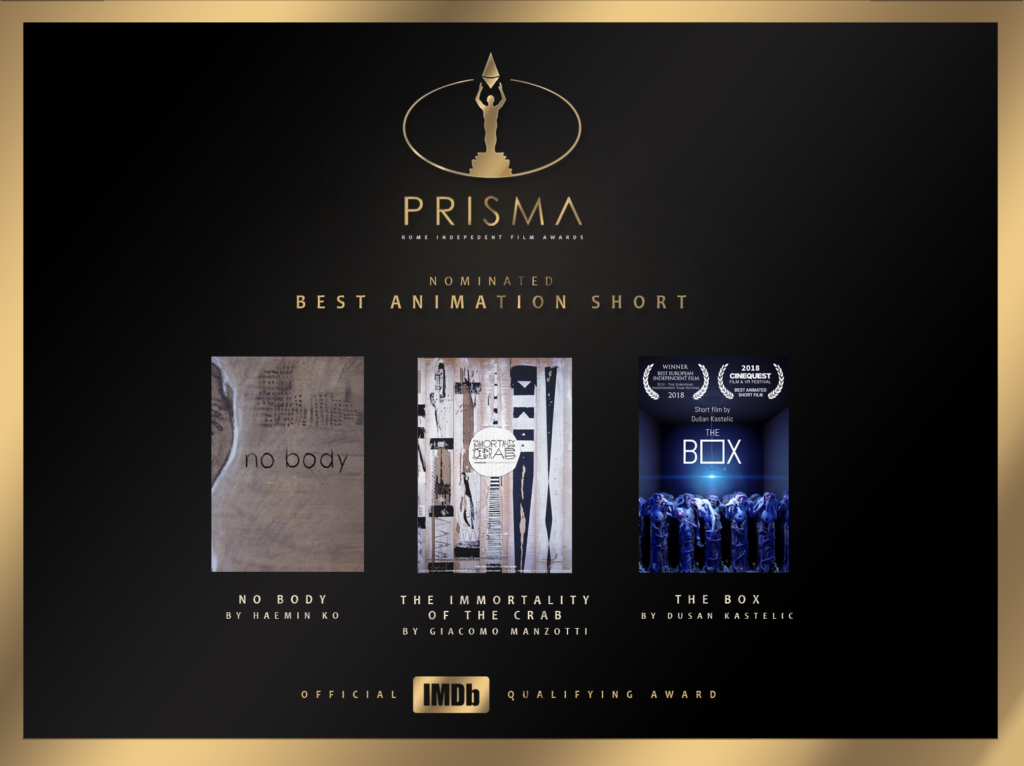 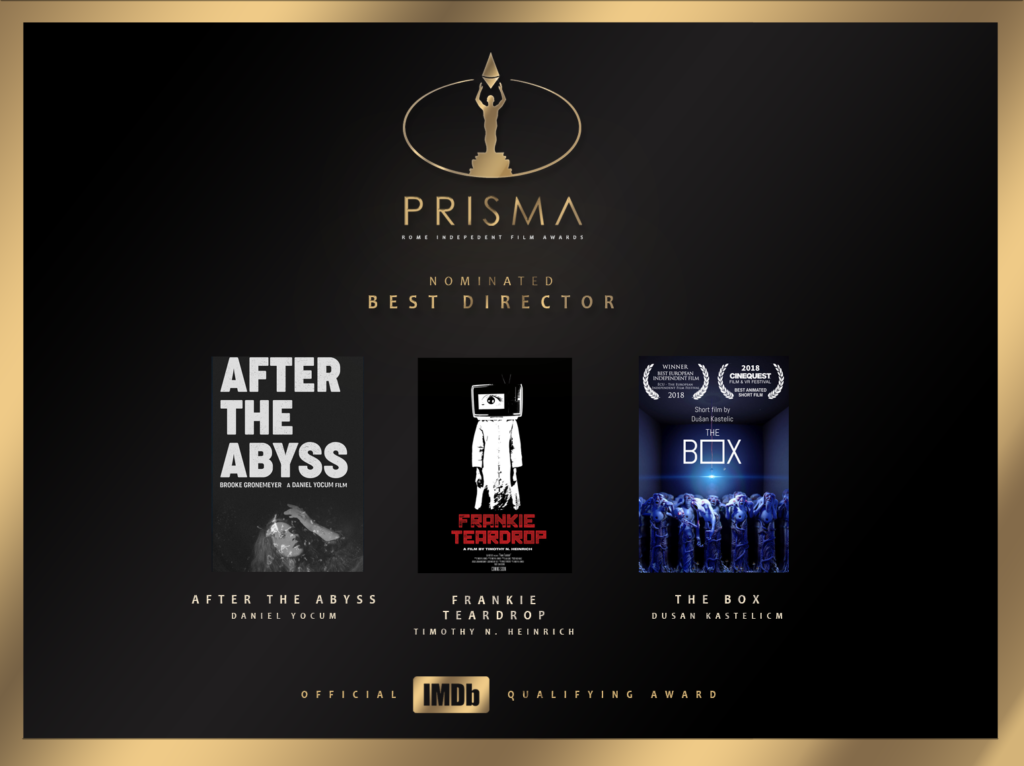 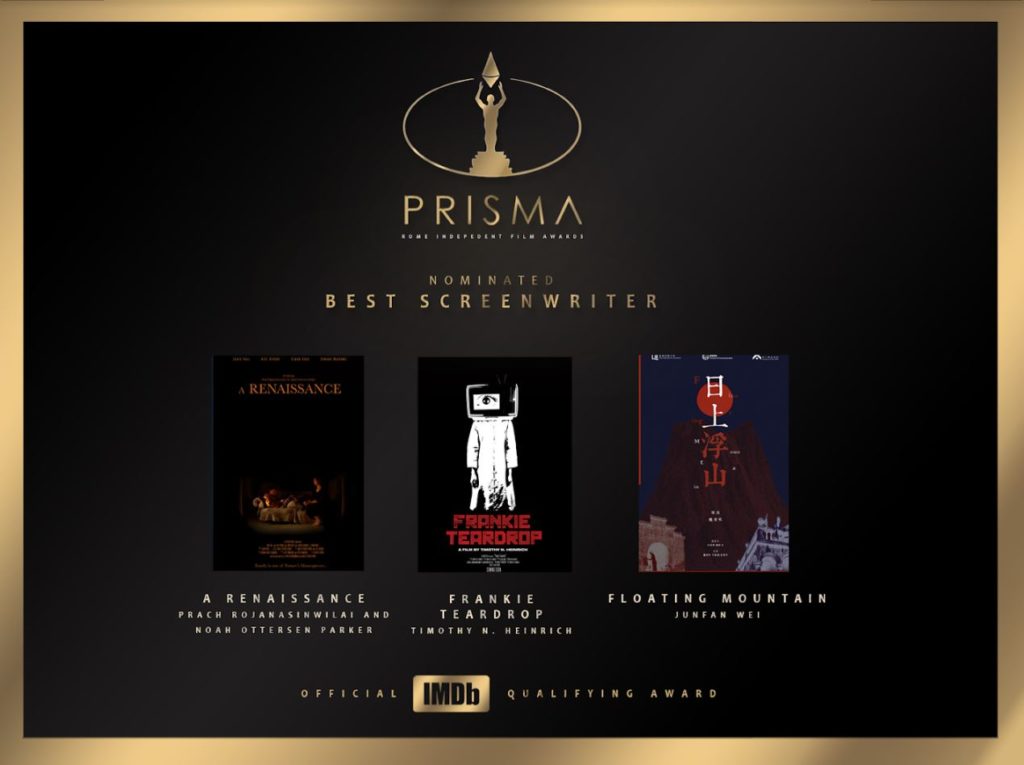 After the Abyss by Daniel Yocum
Oranda by Livan Garcia-Duquesne
Floating Mountain by Wei Junfan
A Renaissance by Prach Rojanasinwilai and Noah Ottersen Parker
Frankie Teardrop by Timothy N. Heinrich
The Box by Dusan Kastelic

Lighter than Orange by Matthias Leupold
Stepping into the Boundary by Maider Oleaga
That’s la Morte: Italian Cult Cinema and the Years of Lead by Xavier Mendik

Daniel Yocum for After the Abyss
Dusan Kastelic for The Box
Timothy N. Heinrich for Frankie Teardrop

Daniel Yocum for After the Abyss
Perifeng Zhou and Oreo Zhang for Floating Mountain
Timothy N. Heinrich for Frankie Teardrop

The Doughnut Admirer by Muse Seymour
The Ambiguous Couch Affair by Cecilia Michelangeli
Cavendish, Pepys, and the Zombie Kiss of 1666 by James Fitzmaurice