“The Mask I Wear” by Brett Newton

27 Lug “The Mask I Wear” by Brett Newton

Posted at 07:36h in Reviews by prismaadmin

Drama films usually lack the spectacularity of genre movies, thus they need a solid screenplay in order for the spectator to be able to identify with the characters. It is the value of this short film called “The Mask I Wear” by Brett Newton, in which a very solid screenplay depicts two characters with a deep psychology that are about to reveal themselves to us completely, challenging social norms and prejudices of the contemporary world.

In order to stage a short like this you also need good actors, and Jai Santiago, Yushica Wallace and Kelley Lockman make a very believable performance that succeeds in representing the deep dramatic tone of the film. Even if the film was shot on a low budget with a small crew, it succeeds in creating an atmosphere in which the spectator is brought to understand and identify deeply with the story.

This means that both the crew and the director, if given the chance to stage a film with a bigger production, could really create something engaging, something bigger and greater. 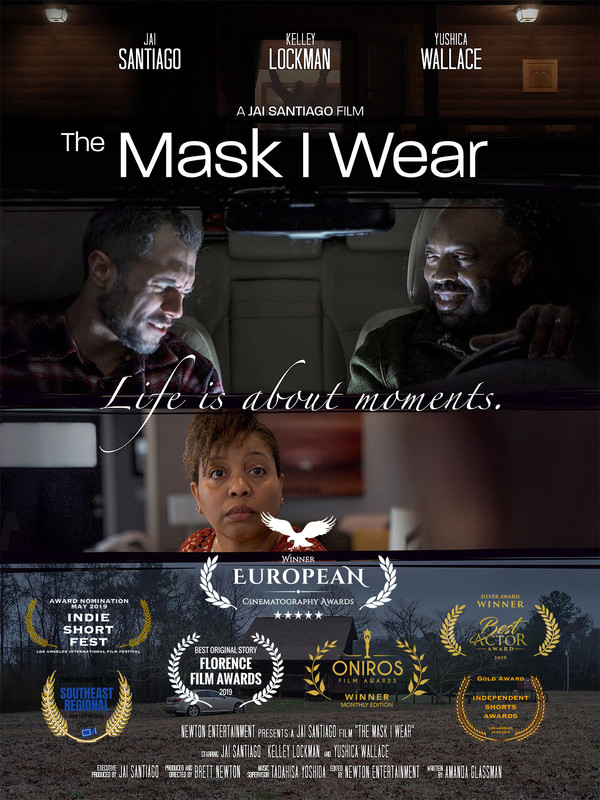