Posted at 17:04h in Reviews by Film Critic
In a world confused by a lot of deep changes, the director choose to place his point of view in Sicily, during postwar period. The workers are angry because of the rich people, that use them still like slaves, and the Mafia is taking power quickly.
In this context, is very interesting the use of sicilian dialect because it makes the movie atmosphere real and intense. Of course this argoument cared a lot of artists in the past, and in the movie we can found references from “Novecento”, a film by Bernardo Bertolucci, or “Quarto Stato”, the famous painting of Giuseppe Pellizza.
An important role it’s also about music, that makes emotional the scenes and the expressions of characters, expecially when the actors are acting more intensely. Morover, it’s really effective the metaphor between the stars and the men who want their freedom back.
The power of this movie is to make us think about social rights that are, still in our age, really far what they should be. 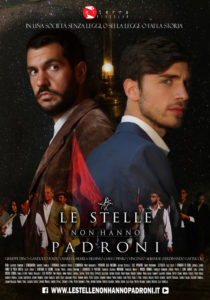