Posted at 12:46h in Reviews by prismaadmin

Horror films have dominated the last few years of film productions, being the most prolific genre in filmmaking all around the world. It is a genre that works on specific archetypes of narration, but that relies on how this clichés are managed and staged. In this really funny horror by Dilip Sood the narrative structure is that of an evil presence that gradually takes over the single identities and consciousness of the six protagonists, who did not believe in legends around an ancient place where an evil entity prevents anyone from escaping.

The film is very good: we had the feeling that the narration had a strong drive and pace and that there was a very good acting all throughout the film. The six characters all have their evil doppelganger and each and every one of them is played in a very believable way. One of its strongest values surely lies in the original score, full of beautiful dark atmospheres and unexpected musical twists. Soundscapes, cinematic hits and scary sounds also fortify the editing and the staging of the most tense sequences.

Overall, the script manages to distribute the most interesting moments in a way that you always feel you want to go forward watching the film. It works on the hope of the spectator of seeing somebody survive the horrific night.

It is rare to see an independent horror film have its own twists and characters, but we sincerely believe that “Chhe” manages to makes an original film that brings the spectator to the end in an entertaining, genuine way. 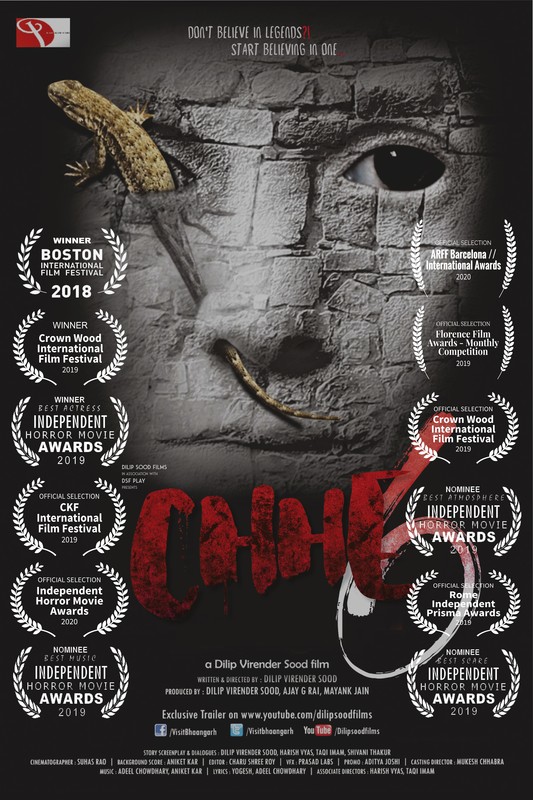