“A Gift of Love : Sifar (Emptiness)” by Dhruv Sachdev

05 Giu “A Gift of Love : Sifar (Emptiness)” by Dhruv Sachdev

Posted at 21:09h in Reviews by prismaadmin

The most difficult part about writing is that of creating characters that talk, move and feel like real human beings. Actors can add another layer to the work of the writer, bringing their own emotions, face and mimic to complete the portrait. It is very rare to see deep, tridimensional characters on screen that really feel alive, and it is harder and harder to find it in modern and contemporary cinema, where esthetics and intellectualism can sometimes deny the possibility of believable characters.

What we felt worked the most in this feature film by Dhruv Sachdev is the writing of its characters, beautifully played by their actresses. Their struggle, as we move along the film helped by the narrative structure seen from the point of view of the protagonist, becomes the struggle of the spectators as we move forward, becose the mechanism behind writing and acting has totally worked.

The film, directed with good pace and with the right amount of drama and emotional drive, has also a tragic ending that leaves the spectator speechless, after having revealed the light and darkness of every character involved, after we have somehow created a strong bond with all of them, even if everyone had his own contradiction.

Shot with a good cinematography and supported by an accurate sound and original score, “A Gift of Love : Sifar (Emptiness)” contains all the key elements for a strong drama story, rendered through the pain, emotions, memories and stories of Ayesha, beautifully acted by Sudha Chandran.

We sincerely hope this film will find a cinema distribution, hoping that many people will have the chance to look at it. 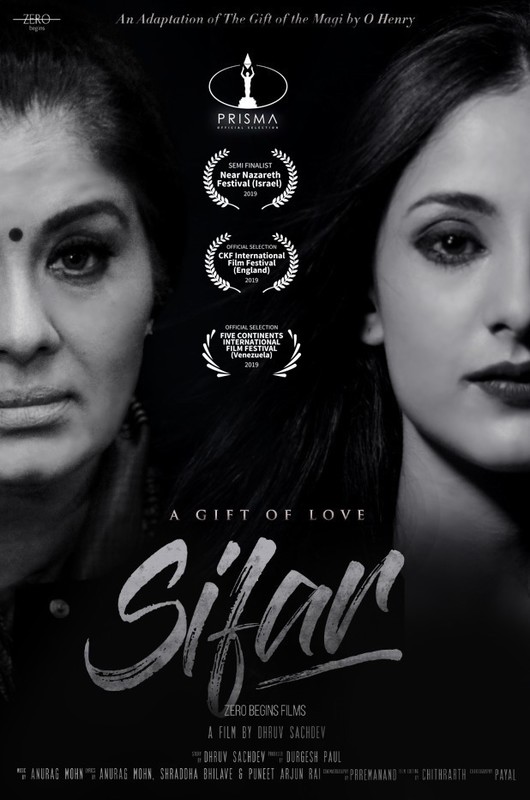