Posted at 15:31h in Reviews by prismaadmin

It is very exciting to be able to track down the process of learning and improving of a young but already award-winning filmmaker. We had previously reviewed the work of Sara Eustáquio and found it very complete for her age. We are now in front of another film that works around the same feeling of restlessness and uneasiness.

A group of young boys and girls climb over the wall of a villa for a night in a swimming pool of a family where one of the girls worked as a baby-sitter. They know nobody’s there. While everyone is partying, the leading character talks separately to the other boys and girls of a very disquieting theory she has. That’s where we start to perceive a feeling of something obscure, dark and weird about her. In her looks, stare and mimic there is something unsettling, almost paranormal.

Without going further into the plot, not to spoil in to those who could be curious, we could say that the director has been successful in creating the right atmosphere. Even if we could not see the completed film (part of the post production has still to be done) we already feel its purpose and we are actually disturbed by how the situation unfolds. A very simple plot works as the perfect structure to develop the atmosphere and the feelings Sara wanted us to feel, and the leading actress plays a very good part in setting the mood around her character.

We really hope that “Hazel” by Sara Eustáquio will be another successful film, but above all else we hope that she will continue improving steadily over time and be able to stage her films with a bigger production in the time being. 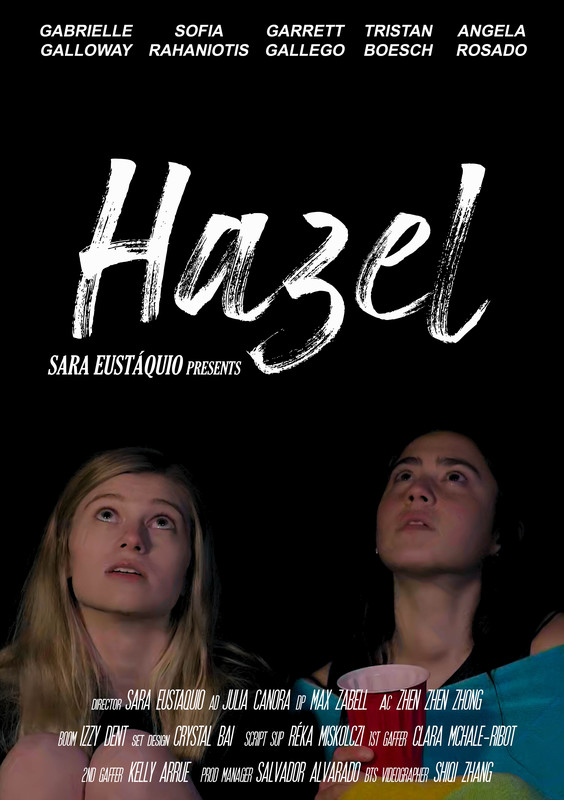