“We can do it” by Emil Benjamin

Posted at 08:12h in Reviews by prismaadmin

Used as a mean to transmit social and political messages, cinema is one of the most powerful tools. Its not only because it has audio and video – that are features you also find in TV – but it is because you can represent things through a style that makes it more powerful, poetic, vertical, ambivalent.

In this short film called “We can do it” by Emil Benjamin a new worker is hired in this factory called Millennium Steel, where at the assembly line a group of women assembles weird pieces of metal with funny, invented names.

This grotesque black and white comedy, set and staged with a very peculiar body and acting language, is a mixture between political satire, social representation and a theatre piece. Its great cast, assembled with mastery, behaves like the bigger body of one greater character. As time in the factory passes, the new hired worker, which is seemingly different from all the other women, starts to feel the pressure of the patriarchal system she is encaged into. Her slow metamorphosis, in which her skin will become like the skins of all the others – white and pale, subdued to the alienating system, is something that happens without her even noticing, like a subliminal, underlying force that shapes the personalities of all the women involved.

We found this film – which is also very well shot, with its ironic black and white – a very intelligent, delicate and peculiar representation of toxic masculinity and of a patriarchal society, and what it does to women by repressing their capabilities through a subliminal, violent system of submission.

The best thing is that the film makes you understand this concept with a funny, entertaining language. As the motto says: “A laughter will bury you all.” 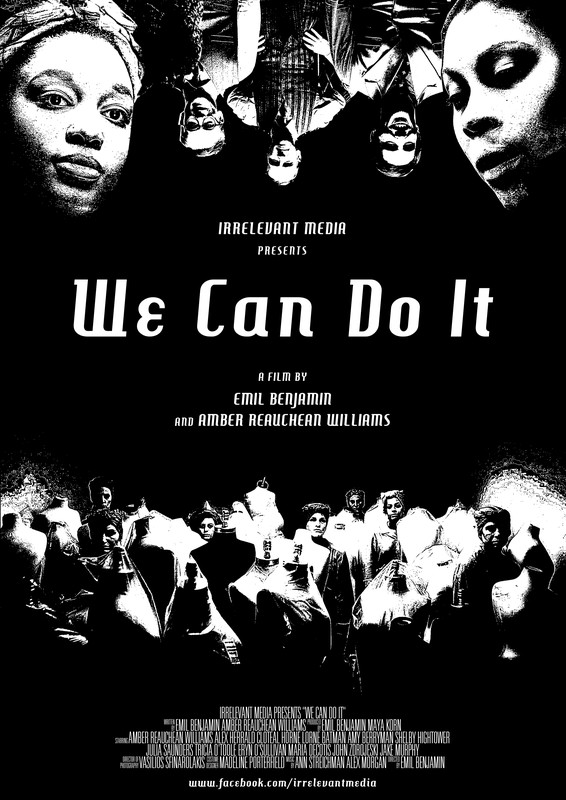