Posted at 08:26h in Reviews by prismaadmin

By identifying its point of view with that of the psychopath, creating a visual reality in which the spectator and the sick see the same things, cinema is the perfect mean to represent altered psychic conditions.

In this beautiful psychological thriller, Adrianne is a normal girl working as a waitress in a café. A series of blackouts, which leave her with weird circular scars on her arm, will shatter her routine and normality and reveal an underlying disease that had been growing inside her.

This short film has more than one value: first of all, it is very well shot. Its cinematography creates a mood that goes step to step with the evolutions of the plot and with the darkest parts of the story. Directing is also creating a rhythm that shows mastery and a great understanding of suspense. The plot follows a very well written screenplay, that make us feel the story from the inner point of view of the protagonist, unfolding her problems at the right time through the length of the film. The most interesting part about the screenplay is that it actually starts feeling as a paranormal, horror-like story, revealing itself later as a realistic psycological thriller.

Brilliantly acted by the female protagonist, “Rorrim” by M.P. Murdock creates a skillfully written and well directed entertainment, with a depth and accuracy that you rarely see in genre films lately. 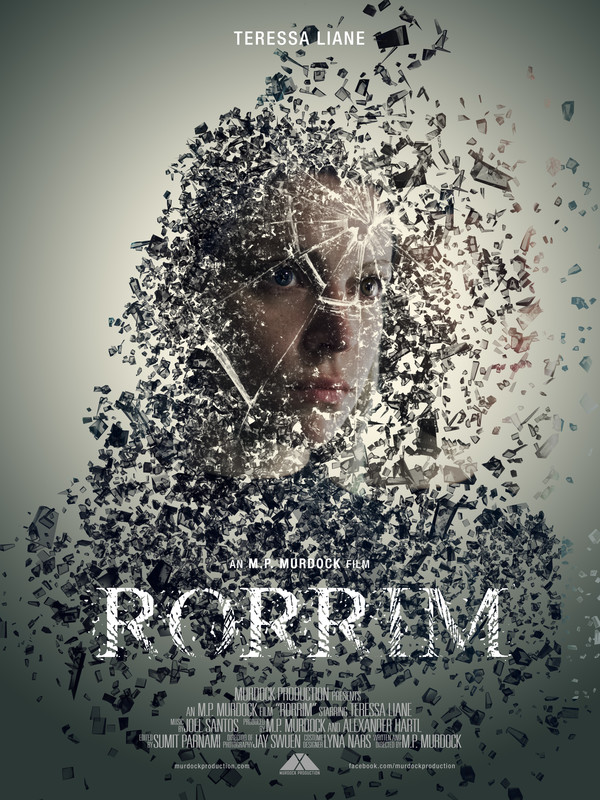