Posted at 07:43h in Reviews by prismaadmin

When we talk about a good film there are are many elements we have to keep in mind, but the one that matters the most, above visuals, plot, direction and all the technical aspects, is when a character becomes alive, becomes somebody you remember as a living being.

In this short film called “Bellafronte” by Andrea Valentino and Rosario D’Angelo, set in the south of Italy, we get to meet a very interesting character called Bellerofonte (Bellafronte), a gigantic, shy man that at first sight shows no way to enter its private life. Through the story, its main feature – the moment where, in his life, he really shows himself – is revealed, making it a very interesting human being played by Antonio Fiorillo.

The film is very well shot, with a good rhythm and a very nice setting that really gives you the idea of a small italian town. Its ironic tone, that has some elements of political satire and of grotesque comedy, makes it a light and enjoyable experience, helped by the voice over. Its soundtrack, its cast and all the setting around them create a world of its own that we can enter and experience.

As we delve into the psychology of Bellafronte, when he starts talking to the dead women as confessors of his innermost secrets and feelings, we really get to know a man and not a character. That’s how an anti-hero becomes a powerful drive for the plot, leaving us a memory, something to remember. 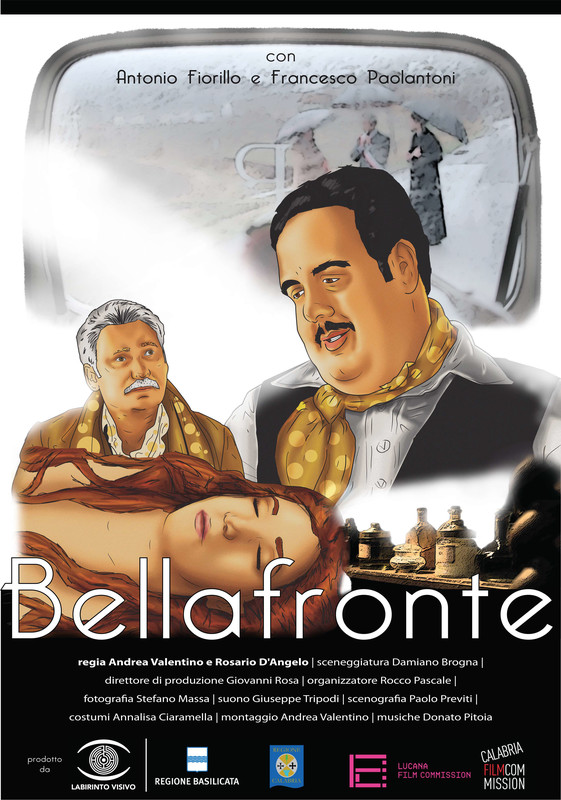