Posted at 14:54h in Reviews by prismaadmin

“Reaching” is a short dance film by the young Richard Schertzer.
Directed with a very straightforward language inside a beautiful church, it portrays a sweet choreography with delicacy and simplicity.

Its film grammar is very simple, made of static shots or slow pans. The film starts as black and white to turn to color in the end. There is no great invention in the choices of the director, but in its simplicity lies all its languages, that just wants to put the dancing sequence and movements in front of every other element of the story, emphasizing the choreography by Taylor Logan.

The small film works fine, even if it should be improved in the titles, that are a little hard to read and maybe not with the best fonts. Maybe with the help of a title designer this film could be further improved. 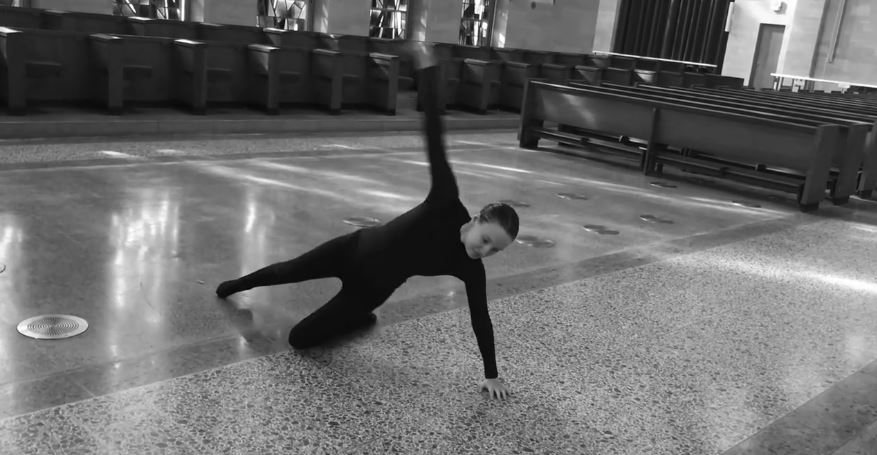