Posted at 09:24h in Reviews by prismaadmin

In this short by Austin DeShayes “Genesis”, we are in front of a very brilliant mixture of genre that create a very interesting atmosphere. A native priestess is running away from two men that are chasing her, and is seemingly on a spiritual voyage, looking for her purpose.

Shot in a beautiful forests, with a brilliant production design, prop-making and costumes, the short film has more than one value. Its cast is seemingly perfectly assembled. The leading actress has the right body and face for the character and really gives us a feeling of a native priestess. Her spiritual guide is also played by a man that has the “phisique du role”. The art direction of the film has made all the right choices to reconstruct a setting that could host the story.

Cinematography is colorful and vivid, creating a primitive look. Editing and directing are straightforward and simple, creating an essential language that drives the story forward with a good pace and rhythm.

When the short comes to its end, you see its narrative purpose. History is depicted as a sort of loop, that we are about to start again together with the priestess. As it cuts to black, it is almost like the story is just about to start, from the ruins of what was there before… 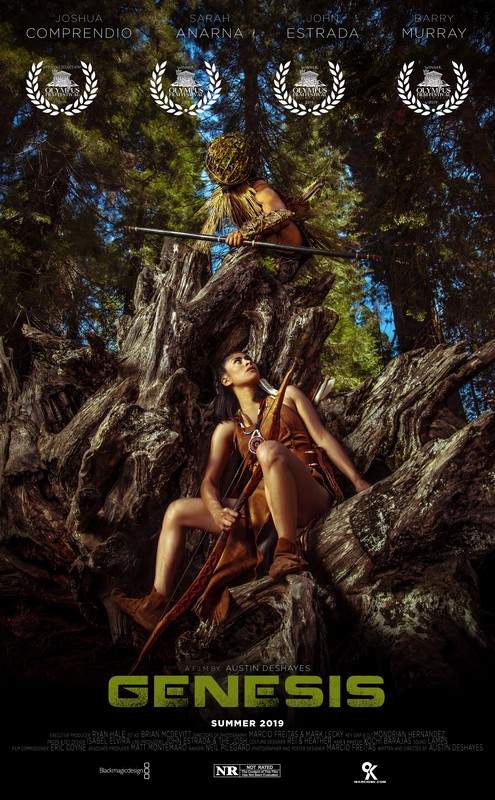