Posted at 11:19h in Reviews by prismaadmin

In the last decade there has been a huge growth in the production of horror films. It has been the most prolific genre with thousands of movies worldwide. Indie filmmakers and film students also try to experiment on this genre, creating their own horror world.

What Richard Schertzer is trying to do is to create his own approach to horror, using his intuition and his creativity. His shorts are always somewhat interesting even if they are still experiments in the creation of a world. In this last short, “Afrit”, he tells the story of a spirit of a murdered victim that tries to take revenge on her murderer, chasing her everywhere.

There are some improvements in the choice and framing of some shots, in the use of close-ups and details and in the time of the narration. There are some good camera movements, music is interesting and somewhat coherent with the atmosphere he is trying to create, but what he would really need is a team of professionals, from actors to crew members, that start to work with him to develop stories as a group and not as a single mind.

We sincerely think that by building a small community around his horror films that are interested in making them better by the day he will create his own original language and horror films. 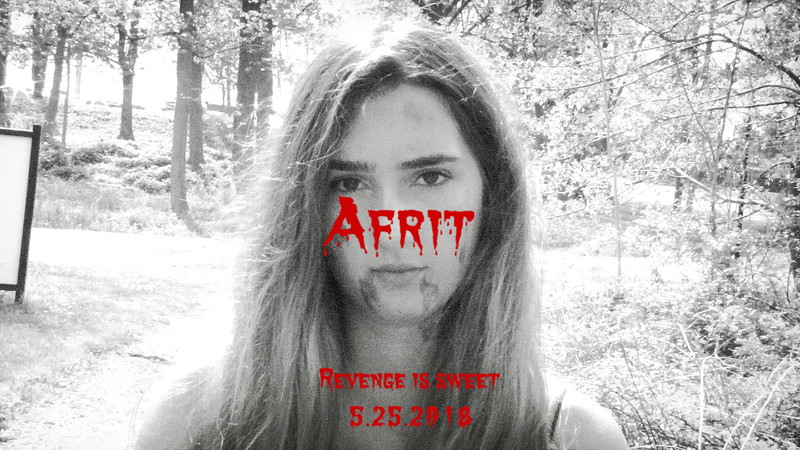