“Chapel: Tale of the Book” By Richard Schertzer

04 Feb “Chapel: Tale of the Book” By Richard Schertzer

Posted at 09:13h in Reviews by prismaadmin

We previously had the chance to review another work by Richard Schertzer. We now approach this new chapter of his horror universe, conceived as a sort of prequel, or prologue, that aims to expand the perception we have of the horror universe of this young author. This little short, lasting only two minutes, is the short tale of how a cursed book is found by a girl in a chapel, and the vision that she has. More than being an autonomous movie it looks like a chapter of a bigger plan. What it does is giving us the impression that the author is working on some sort of autonomous universe of horror tales that has some fundamental characters and object.

Technically, the film is still amateur and low budget, and the director – that signs as “Double R3” – has pretty much done all by himself. But we really appreciated the casting of the leading actress – playing the character of a young girl that is taking pictures of what she sees – that has a very interesting face for a horror movie, and we also liked the choice to shoot in that stone chapel, which works like a place full of mystery.

Waiting for this universe to unfold its mysteries to us, we sincerely hope that Richard will have a bigger budget for its next films to show what his writing can create. 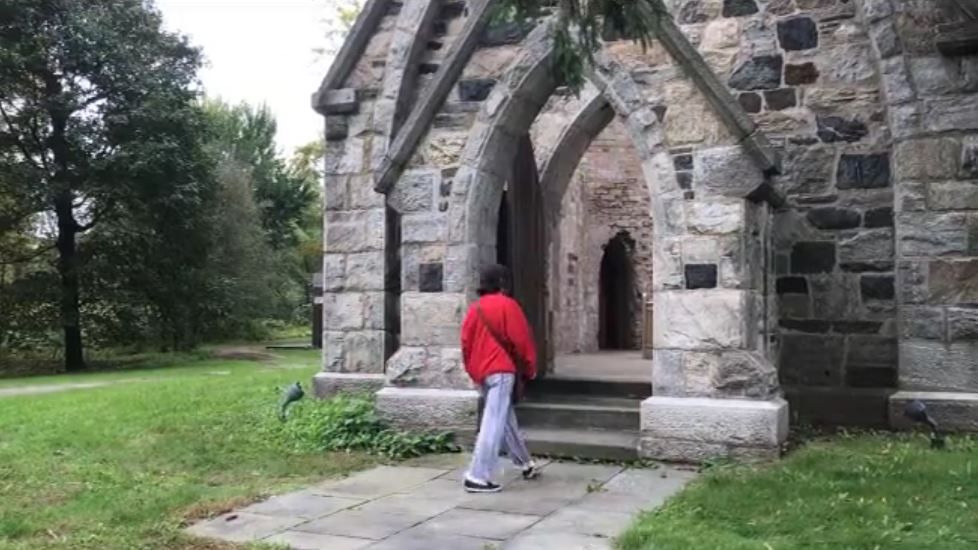