Posted at 11:29h in Reviews by prismaadmin

Technique, budget and the work of many people can give you the possibility to achieve very complex and demanding films, but that does not mean they’re going to be better. Sometimes the hardest task is to make simple films, with just the essential elements, and to be able to take care of every single aspect of them.

In “Adult’s Agony”, (Desakan Dewasa is the original title) by Johanna Johan, we are in front of a very simple storyline in the tradition of the bildungsroman, where we follow some days in the life of a small child that is forced to grow up due to financial difficulties and his grandmother being sick and in need of help.

The most tender and fascinating thing about the short is how this child – whose innermost desire is that to be “smart” – takes its daily tasks with a spirit that strikes directly into our heart. His goodwill and serenity create a character that looks simple but is very complex and deep. The kid is also very well directed and creates a beautiful, heartfelt performance.

Cinematography is very soft. The lens work and how it deals with hard lights and flares creates an atmosphere of childhood and nostalgia that contributes to the characters. Its editing cuts are very interesting, creating a feeling of cyclic time while going forward. The script also gives the film a very powerful moral. 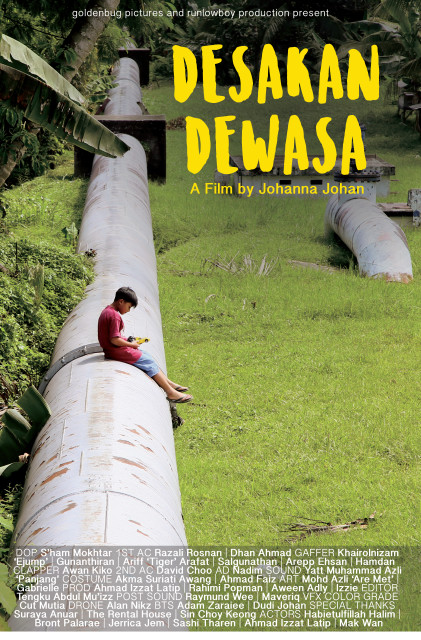