“The role of a lifetime” by Marc Saez

12 Gen “The role of a lifetime” by Marc Saez

Posted at 12:13h in Reviews by prismaadmin

It is very hard for a woman to accept the fact that many men and producers are going to exploit her passion to abuse of her in different ways. The case of Harvey Weinstein shook the show business up to the point that everyone became more aware of this fact. This short movie by Marc Saez “The role of a lifetime”, opens up with a tracking shot of a woman in a red dress and high heels holding a chain in her hand and walking in a suburban environment. Cutting on her backside, the film has already symbolized everything it had to tell us.

In this starting sequence the problem is set up and represented very well, and it is proposed again in the poster. The two actors give a very believable performance, the woman transforming from victim to executioner and then reverting back to victim once and for all, as the chain she was holding was her own, and not the one that was supposed to tie down the man. What really works in this film is how the screenplay transforms the protagonists from scene to scene, giving her an all around transformation which renders the character emblematic.

Framed by a good cinematography and with an editing pace that is working flawlessly, “The Role of a Lifetime” is a political, social, psychological drama about all the chains that a woman has to hold in her hands in her life in today’s life.  A powerful film which is made more powerful by its hopeless ending. 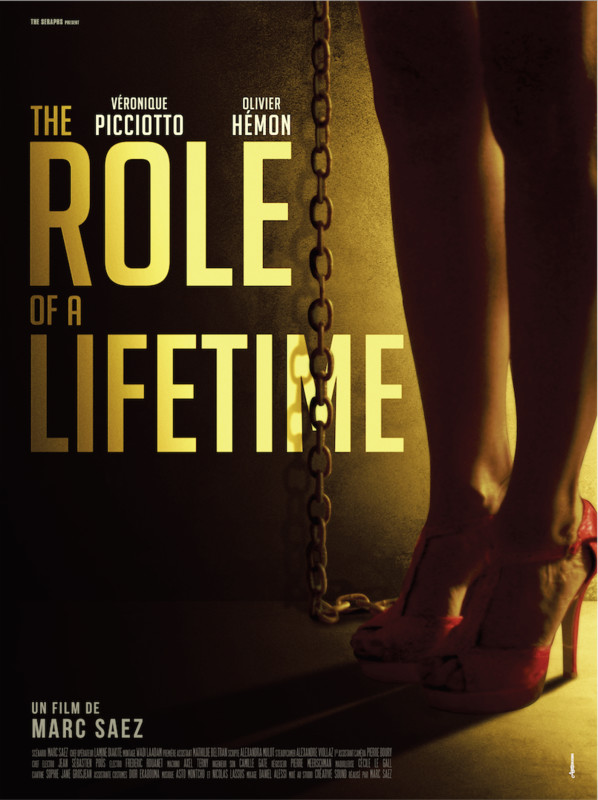