Posted at 09:39h in Reviews by prismaadmin

It is always interesting when the mean to talk about an issue that’s very important in our age is satire and or grotesque comedy. It is very hard to confront with social themes making people laugh and think about it at the same time.

What “Abortion Mary” tries to do, portraying a metaphor of the christian Mary and her nativity, is to confront with the big issue of moralism in relationship to the woman duty and body in our society.

The “Mary” of this short, who becomes pregnant after the announcement of two medics (who play the role of the angels in the bible) wants to have an abortion, but is forced not to by the morality of the characters that surround her. When Jesus is born – in a double version, the protestant and the catholic one – it is presented as a sort of made-up character, signifying that our society has used this figure to legitimate the abuse on the role of women.

The grotesque side of the comedy is emphasized by the cinematography, by a fast paced editing and by a funny direction which has always some interesting solutions to give rhythm to the scenes, also helped by the music and the staging of the actors.

In the end, Mary is forced to abort with a coat hanger, doing the only possibile thing she could do when society wouldn’t let them have the right to decide for her own body. “Abortion Mary” works like a powerful critique to the sexist society and to the christian principles that see the woman just as a womb without the right to decide for her own life. 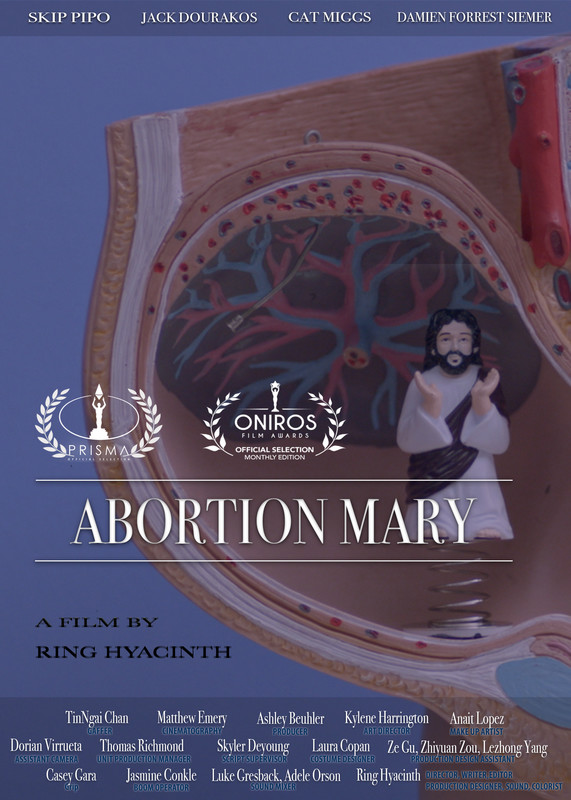