Posted at 16:43h in Reviews by prismaadmin

One of the biggest illusion of cinema in our century is that by raising the definition in our cameras we would get more realistic images: that is wrong, because reality is not made of pixels but of organic matter, and films will always render it in a more intimate way. It is very rare to find a film that is both independent and shot in film, but in this case, a short movie called “Perfect Love” by german director Darius Etemadieh, we saw an outstanding short that was good for many reasons.

First of all, its look: the aesthetics of the film, from the opening titles to the music to the direction of photography, look like a german movie from the 70’s or 80’s like Fassbinder works or Herzog movies. The image is lively and narrative and it creates an author film atmosphere.

Then, the story. The main character, played in a brilliant way, was really an interesting man to look at. A man with his loneliness, unable to adapt himself to a normal society, that ends up loving a mannequin to which he can confess everything. It is grotesque and moving at the same time, and all the universe that revolves around him obeys the same logic.

The direction of the film, which is very well paced and with a good ironic rhythm, gives it a layer of understatement that renders its deep problems with a lot of elegance.

Lastly, the classical music in the film comes from somebody who has done his music studies very well, because they’re not just chosen very well, but they’re also proper and adequate for the scenes they represent.

Behind “Perfect Love” by Darius Etemadieh there’s a very good director and team at work. We personally loved it. 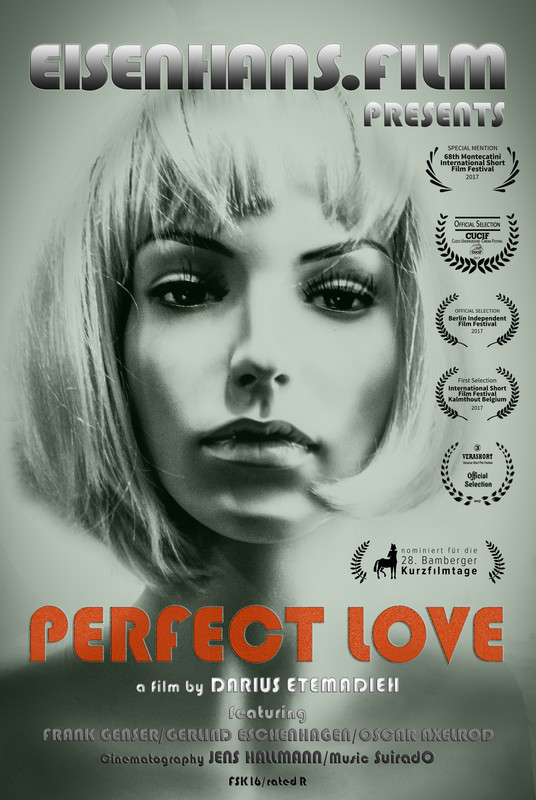