Posted at 13:07h in Reviews by prismaadmin

Being a reviewer for an indie film festival it is very rare to meet feature films that show an arthouse approach. We usually meet movies that are shot on a very low budget and have a bi-dimensional genre plot, but in the case of this film by Xiang Shi called “Hello, Goodbye” like the Beatles song, we know from frame 1 that we’re not watching an amateur movie.

Framed by a beautiful soft contrast black and white cinematography, “Hello, Goodbye” is a story made of pondering, silence, loneliness. The characters, always immersed in a bigger setting, are staged in a way that emphasizes their isolation. The atmosphere of the movie works like a character, a locus amoenus that adds a psychological layer to their developement.

The pace of the movie, contemplative and slow-paced, further emphasizes this feeling we get when we delve into the scenes, very simple settings with little action. When the two protagonists meet, we immediately feel that this kind of sad balance has broken and that the story has taken a turn.

It is a movie with a very strong sense of style and language which has the ambition to present itself as an author film, and in our opinion it actually is, because of its peculiar form and the way it is directed.

It is a pleasant surprise to meet such a beautiful film outside of a big festival, in our house, where everyday we promote independent cinema. We sincerely hope that “Hello, Goodbye” will be successful in its distribution to give the chance to Xiang Shi to make more films like it. 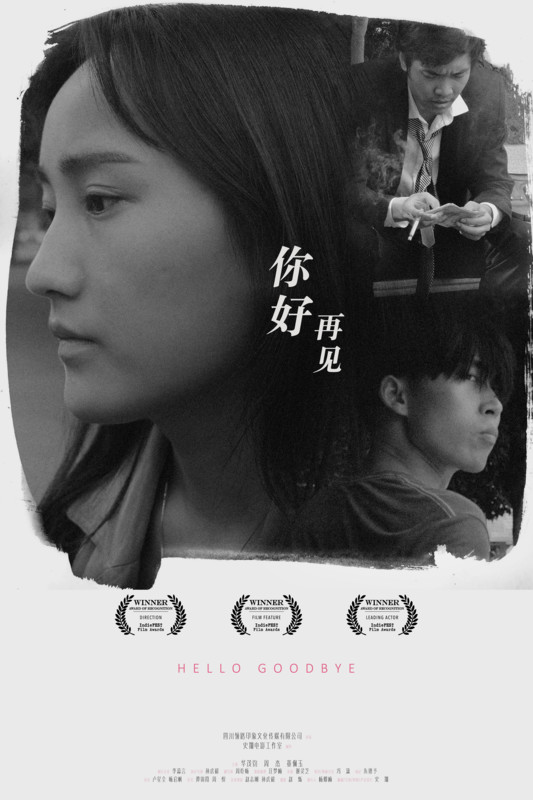