Posted at 18:23h in Reviews by prismaadmin

Sometimes short films are a result of a class or of a year of study in an academy. These student films are often technically lacking and one with a very small budget, but sometimes you can find in them some very good ideas which show an interesting approach and a conscious use of the filming techniques.

In this short film “Trapped” by Mohamed Maged, a young guy can’t leave the frame. We don’t know the reason nor does he. Some characters pass by, some look like they’re going to help him, but he is stuck in an endless loop: if he leaves the frame on one side he comes back on the another.

The film is a good exercise and shows some interesting staging ideas: the use of the frame as a meta-cinematographic mean of expression is intelligent and functional to the story and the editing of this loop effect is well-timed and nicely done. Cinematography is natural and easy – the film being basically just one shot – up to the point where it is very hard to judge it. There is a subtle irony in all the movements of the boy and of all the characters that makes it funny to look at, made funnier by the title cut plot twist.

When you see certain ideas applied to a workshop, you end up thinking about what could come out of a more extensive study: we look forward to se what this director will be able to do in his next endeavors. 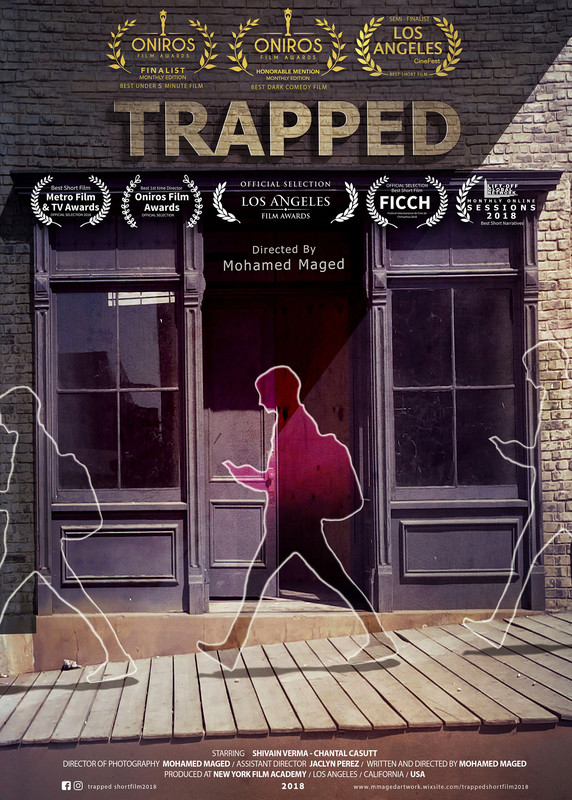