“Home Away” by Oliver Yan

Posted at 10:08h in Reviews by prismaadmin

Political cinema has almost disappeared from the western market in the last decade. It is very rare to find films that try to raise awareness on social and economical problems in society, or to talk about certain aspects of family life and about the condition of the working class.

In this beautiful feature film by Oliver Yan called “Home Away”, the drama plot merges with a deeper involvement in China’s social issues of the new millennium, trying to make the spectator think about the political changes that completely transformed the Chinese way of life in the last two decades.

When money destroys the balance between the members of the same family and the need for money forces people that used to love each other in an endless fight for survival, you can’t avoid thinking about how artificial the life of 21st century has become, with all the problems, issues, feelings and steps of life that have become ciphers and bills to pay.

There’s a very brilliant scene in the film where the old man is put in through a CAT scan and, when the bed is raised, sees the flowers of spring bloom in the image on the ceiling. In that image there are all the goals of the film. There you have the feeling that the old man is seeing through his past, in his old days, where relationships were more authentic and life was light-hearted and happier.

Framed by a beautiful cinematography and a very thoughtful direction, “Home Away” is a touching drama about capitalist life as a constant degeneration of feelings, as life is becoming more and more artificial in our sad times. Western culture can see in films like this its own reflection, and has a chance to really think about what is becoming of us. 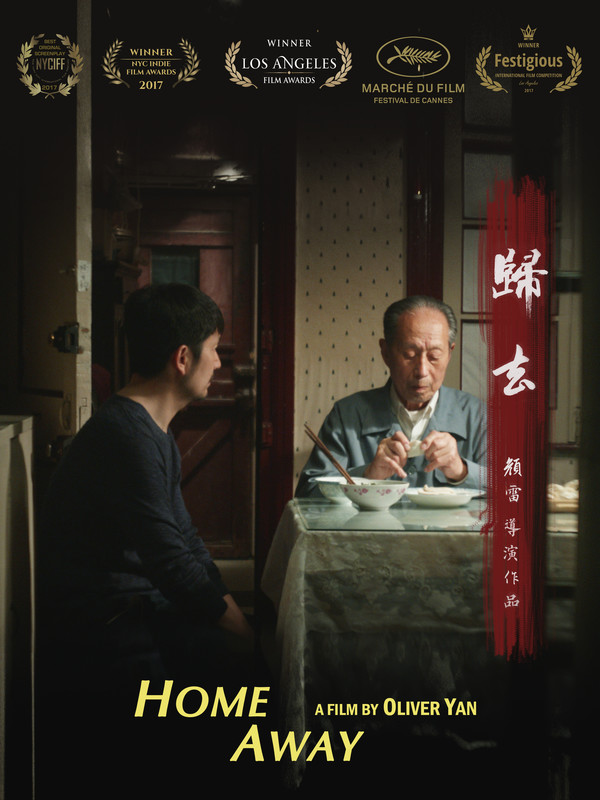