Posted at 14:57h in Reviews by prismaadmin

Italian literature has established, during the century, a very fertile dialogue with nature. One of the most important poets of the first part of the 20th century, Gabriele D’Annunzio, created the term “panismo” (nature-worship) to identify the feeling of a man which thinks to be in a deep communion with nature.

In this short film, which is totally visual, an apparently drunk man has an existential experience in the depth of the woods. Its dream-like trip into a sort of subconscious union with the ambient and reality around him create a poetic atmosphere in which the character is depicted as a man that is melting inside nature, developing a new consciousness.

The film, which is almost zero budget, is a very interesting experimental short that is also disseminated with philosophical images and with a lot of suggestions. It follows the track that was left from several authors which have written and talked about nature but it is represented more as an english romantic poet would have done it: by showing us details of plants and flowers we are immersed in a Wordsworth-like harmony which really makes us feel a deep contact with nature.

We are curious to see where the cinema of Andrea Baglio will go in the future. 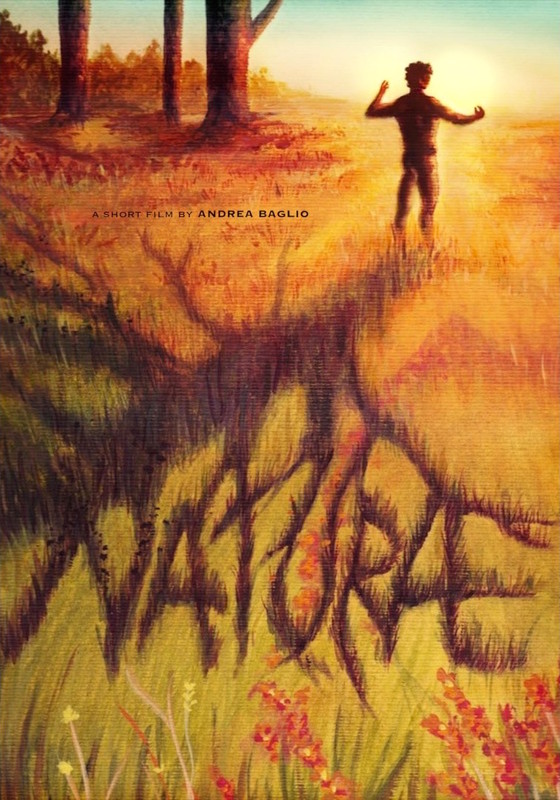