Posted at 14:19h in Reviews by prismaadmin

It is interesting to see how a distant culture can contaminate a western one. It becomes even more interesting when you see it in a short movie. In this particular case, a short movie named “Karma Coma” by Guillaume Courty, the main protagonist is convinced by a man on the street to give him a 20 euros bill to pay for his medicine, believing his words. He will go through a series of consequences that he did not expect.

Technically, it is a very well done low-budget film, with pleasant cinematography and editing and a good pace and flow. The actors involved perform very well in their characters, keeping an ambiguous behaviour that makes the psychology of the two main characters deeper and intriguing. The noir element that emerges from the disappearance of the man is what keeps the narration going and brings the spectator to the end of the film.

The “karmic” ending contains some interesting elements of social critique: we perceive, like the protagonist, the impossibility of a world where good is followed by good and vice versa, a world where you feel like you can’t trust two eyes that seem to speak the truth. The paralysis he feels at the end of the film is almost “Joycean”, the impossibility to proceed without overcoming a hard contradiction of life.

“Karma Coma” is a short movie that is both entertaining and full of meaning. We sincerely hope that this director will be able to shoot more in the future. 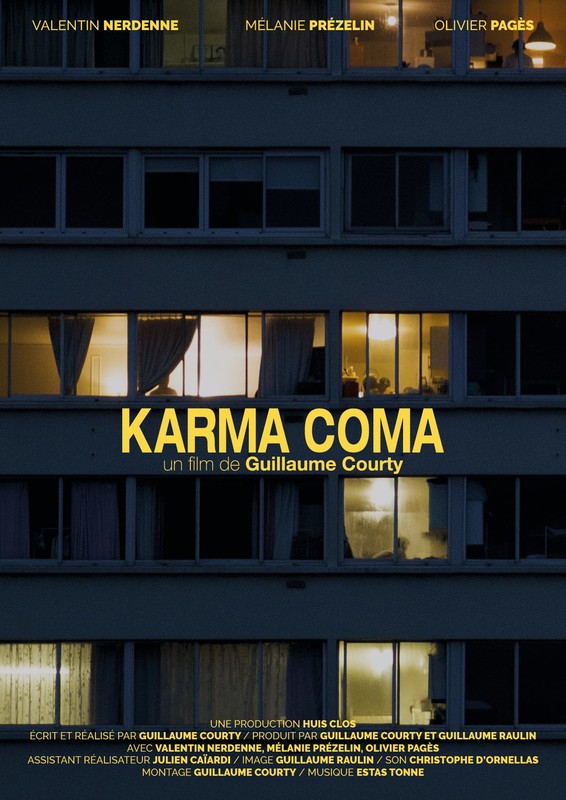