Posted at 14:49h in Reviews by prismaadmin
With its 33 minutes of length it makes the perfect example of indie medium-length film. “Graffiti”, by actor-director Divyansh Sharma, is an interesting film that mixes many genres and storytelling forms, creating a very original and picturesque staging of a drama script.

Portraying the life of a spoken word artist and his struggle with past life and the future of his profession, this film is told using so many different forms that we can easily state it is actually experimental. From the first-person narration to mockumentary forms, from surreal apparitions to scenes of pure drama and emotion, it blends different tones – irony with sarcasm, romanticism with drama – to create a kaleidoscope of scenes that give us the possibility to experience the film from different points of view.

Divyansh Sharma, the director of the movie, created a very complex language and adapted it to its performance, staging a Michael Dawson with many faces and acting techniques. Even if the movie was made with a short budget compared to its length, it is technically pleasing and it works overall.

We were surprised to see such a will to experiment in an ambitious project. It is a courageous choice that also created a film with its own style, which is very rare in the short film circuit.

This makes us curious to follow what this director will do in its next works, given his very young age. 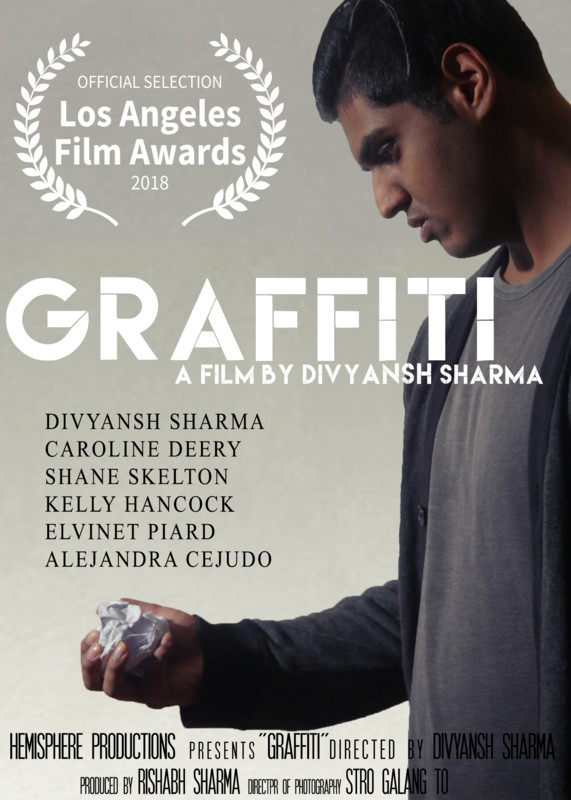