Posted at 16:32h in Reviews by prismaadmin

Many icons of the history of cinema have become a sort of mythic haunting ghosts, their beauty being a sort of nostalgic desire for another kind of age and aesthetics, but above all the hundreds of feminine figures of 60’s Hollywood, Marilyn Monroe has become the most powerful of all, being a sort of symbol of cinema itself and of a lost “touch” in the cinematographic representation of feelings and society.

What this short movie does very well is making two timelines and two kinds of aesthetics live together in a single short movie through a sort of imaginary sequence that represents the last wish of a cinema owner. By doing so, transporting us into the past as the protagonist glides back into the black and white space of his most vivid dream, we can have the experience of both the modern and the classic into a single short film, and both atmospheres are very well staged and shot.

It is a very delicate short with a simple and clever writing that is acted very well by the two counterparts of the same protagonist – the old and the young ones – each one representing in its own way a different kind of love for cinema itself: the decadent, nostalgic and cultured approach of the old man and the romantic, fetishist and wishful passion of the young boy.

The title sequence and the poster, by putting together these colorful puzzle pieces, give us a hint on how to interpret the innermost meaning of the short movie, a very well done short film that tries to put together two different images of cinema and makes them live together to play with time, love and wishes related to this beautiful art. 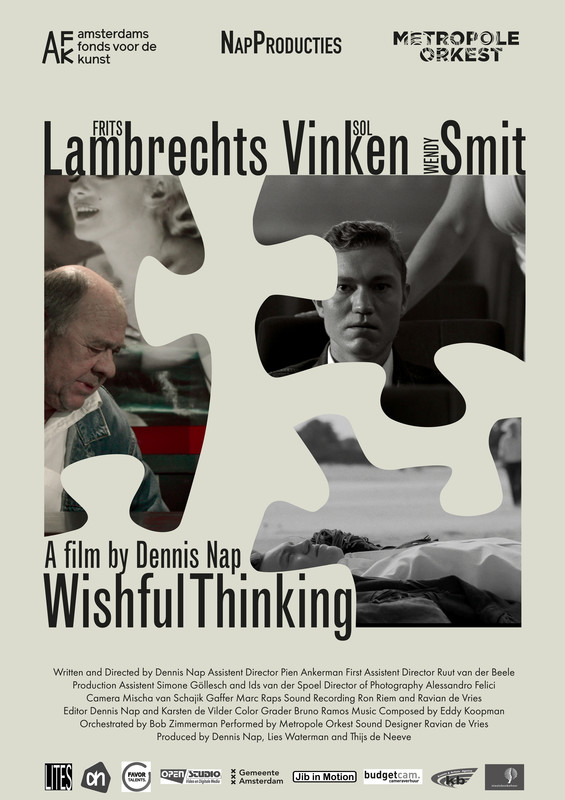