Posted at 16:55h in Reviews by prismaadmin

It is very rare, in an overcrowded music landscape populated by pop musicians to see an experimental music video which shows no signs of stardom. Such is the case of “Twalking”, a very powerful music video by Lorenzo Gonnelli, depicting the inner journey of a man walking inside a wood and, we could say, inside his conscience.

Full of spiritual references and of images from the unconscious, this video is made of a live action part and a digital part that alternate with mastery and good taste. Lighting is very well planned and studied to the finest details: green and blue chromatic dominants alternate on a low key environment which is meant to represent the place where the spirit of the walking man lives and grows.

Special effects are full of creativity and are also particularly significant, the whirlpool being an image of chaos but also balance between light and darkness, the dark forest being a place of the soul, with references to Dante’s comedy, and all the images in the water and using it are an archetypical philosophical symbol.

The film is also very well edited, emphasizing the music in the right places, but overall images become the real protagonists of this clip, which is brilliantly directed by Gonnelli. Wishing him to continue this professional journey with other musicians, we are looking forward for the next videoclip of this talented director. 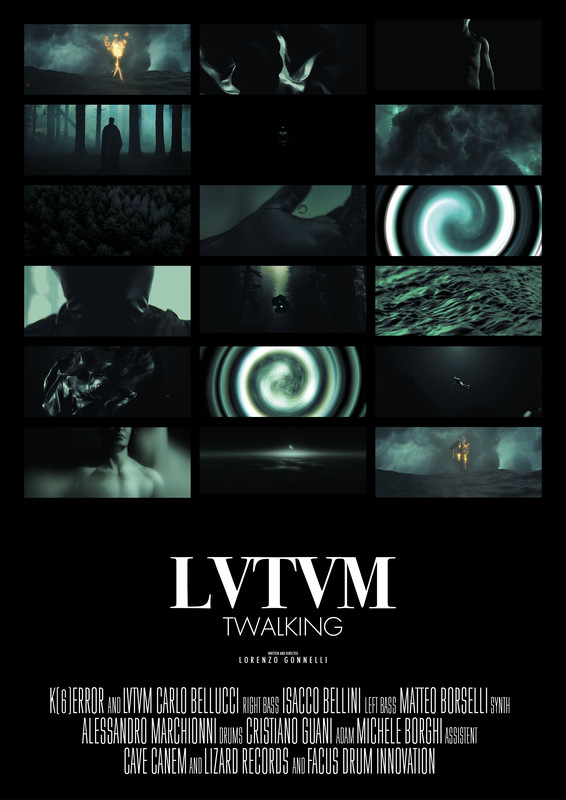