Posted at 16:07h in Reviews by prismaadmin

Talking about clergy abuse is very hard, because it always feels like a contradiction: a man that should be sacred, a messenger of god, commits the most profane and aberrant of all the crimes, desecrating the most pure human being: the child.

This feature film, based on a true story that really happened to the author – and that’s one of its strongest values, because we can see a very accurate psychological studies – talks about a victim of clergy abuse that one day, after many years meets in a bar his rapist. It is the start of a dissociative moment that brings him through his past.

The premise is not very original, as we have already seen many films about this topic, but when we start to delve deep into the psychology of the protagonist, “Trinity” becomes a strong movie: a dreamy trip into the subconsciousness of a victim of clergy abuse with a story that crosses many paths full of metaphors and symbols.

The first symbolic path we cross is that of the tarot cards, in which the “collective subconsciousness” almost anticipates the destiny of the protagonist, guiding him into his final choice. The second symbolic path is that of “art” in a larger sense: the art of the protagonist, his paintings, that he feels he can’t protect. His personal story, the influence of the man that raped him, his own pain, seems to try to take away from him the authorship of his work. Art in this movie opposes sacred to profane, in a twisting paradox that is the same that we can find in the priest’s character.

Shot with low budget, the strongest values of this movie lie in the screenplay, while its weaknesses are in all the technical aspects and in the acting of some character – mainly the italian ones. In “Trinity” we find a well-written commingling of different cinema genres. We sincerely hope that this author will have more budget for his next works. 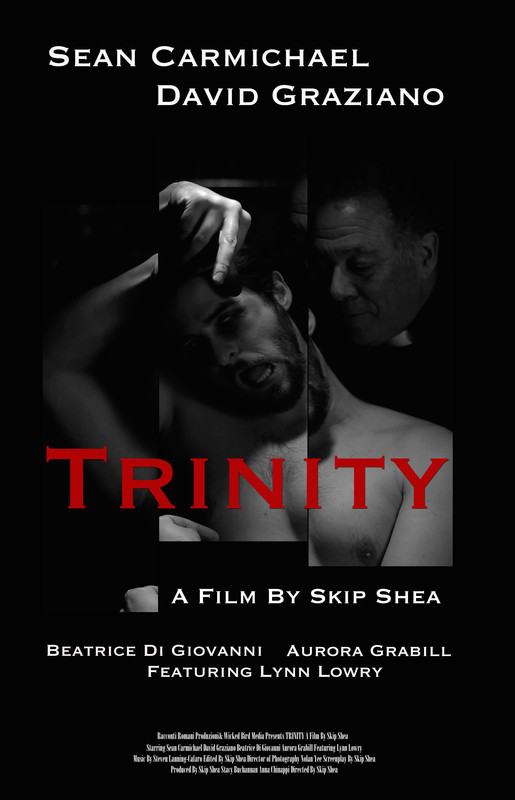