“Thy Neighbor” by George Johnson

19 Ott “Thy Neighbor” by George Johnson

Posted at 16:11h in Reviews by prismaadmin

In the independent feature film panorama it is very hard to find a movie that is really capable to entertain the spectator. Usually films that are produced without a major production company have many technical flaws and it becomes very hard to go through the screening time.

This is not the case for this feature thriller movie called “Thy Neighbor” where a pastor and his wife get to live in a new house because he is assigned to a new church and they get to know the man next door, a very disturbing and weird man that’s going to reveal all his backstory and personal struggle.

Shot with a pretty good TV-series cinematography that shows some nice angles and ideas of lightning, this movie has a very simple and classic thriller plotline. What shines in the screenplay is the man that gives the name to the movie: the neighbor seems like a Dostoevskij’s character, a very complex, dark, obscure man with its own force of attraction. The actor that plays him has a very peculiar body and physiognomy and its voice contributes to an almost perfect performance.

Some sequences of the movie, where we can see some establishing shots shot with a drone, are a little bit TV-like, and so are the starting time-lapses. These sequences make the rythm of the movie a little bit less powerful. The original soundtrack and all the work made on the sound effect is also a flaw of this movie: everything is too digital and full of sound cliches.

Everything else, including the costumes, the set decoration and the locations where the movie is shot, stand out just fine. Even if it has some minor flaws, this movie is a very well directed thriller with some interesting peaks, a nice acting performance and an overall pleasant atmosphere. We sincerely hope that this director will make some other movies in this genre. 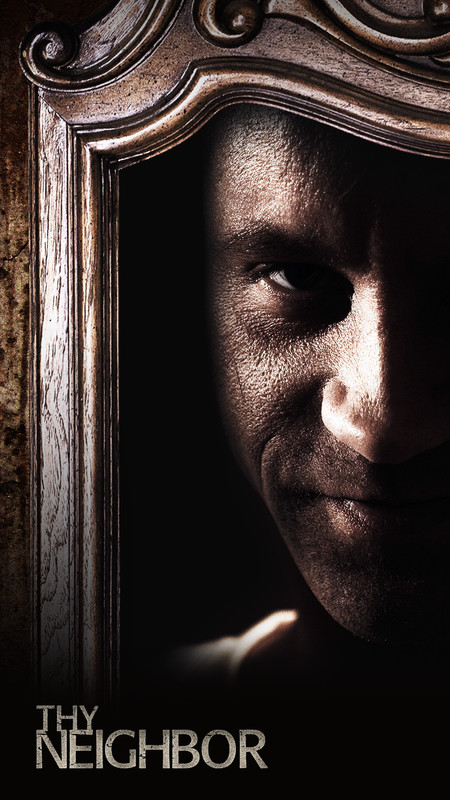