Posted at 16:27h in Reviews by prismaadmin

Doing reviews for an independent low-budget festival means that you usually bump into low budget features that had little or no possibility to fully express the potential of the screenplay. It is very rare to watch and evaluate a movie that presents a complete, experimental and effective style and unique language: that’s the case of this very peculiar movie “The History of Everything Circa 1993 to the Present Formerly Known as Kissy Cousins Monster Babies and Morphing Elvis” that, starting from the title, shows some stylistic language innovations that we found not only entertaining, but also valuable and interesting.

When we talk about “language” we mean that in every aspect of this movie there’s a peculiar approach: acting is crisp and grotesque and the two actors from the first part of the film create a world of their own. All their mimics, movement and body language create a very funny rhythm that entertains us and makes a very subtle satire of some popular cliches of cinema. It is funny to see actors like Jack Plotnick and Steve Kearney when they were younger in a move that was released now.

Cinematography, considering that the most of the film was shot long ago, now gives us back a TV 90’s image that is perfect for this kind of narration. It brings us back to the lighting and camera work of Twin Peaks and to that kind of imaginary.

Editing is where most of the ideas of this film lie: the hundreds of associations with classical Hollywood movies make the whole film an interesting tour into the History of Cinema and of its cliches.

Screenplay presents a very funny plot twist that works like a chinese box: suddenly the main story becomes a movie inside a movie and that episode opens up new possibility for this picture. The second part of the film is a little less complete technically speaking, and the switch to today’s camera has proven to be difficult to manage.

Overall the whole movie looks like it has been empowered by the long time that has passed before the release: it now looks like a massive critique and satire of the whole entertainment system done through the same images, soundtracks, words and sounds that it has created in these 125 years. 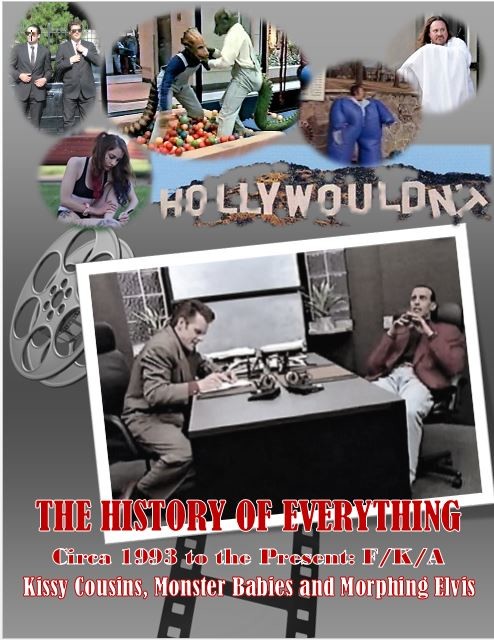