“The Crimson Flower” by Sebastián Jaimes

Posted at 17:00h in Reviews by prismaadmin

Independent cinema is blossoming everywhere thanks to the new, affordable technologies offered by digital cinema. Mexico looks like no exception, as more and more mexican shorts are being distributed worldwide and are being produced with an independent crew.

“The Crimson Flower” is a very ambitious tale that depicts the country in the middle of the Mexican Revolution, where roads are unsafe to cross. Thanks to the set design and costumes, the historical reconstruction looks very believable. We live this world through the innocent eyes of a girl who wants to save her mother following the myth of a miraculous crimson flower, that happens to be in the middle of the dangerous badlands that so many criminals cross.

Following her in the dangers she has to face, the ending of the films gives us the feeling of something quite magical happening, a sort of omen that completes the fate of the characters in a fatal exchange between life and death. Here, screenplay proves to be the best value of the short, giving shape and depth to all the characters and cultural value to the film itself. Editing and directing are very clever, simple and straightforward, and they tell the story with a good flow and pace.

This film is very profound and emotional, even if its technically lacking due to a restricted budget. We would really like to see producers investing on these kind of authors, that can stage beautiful stories with a very low budget, looking forward to see what they could do with the proper means. 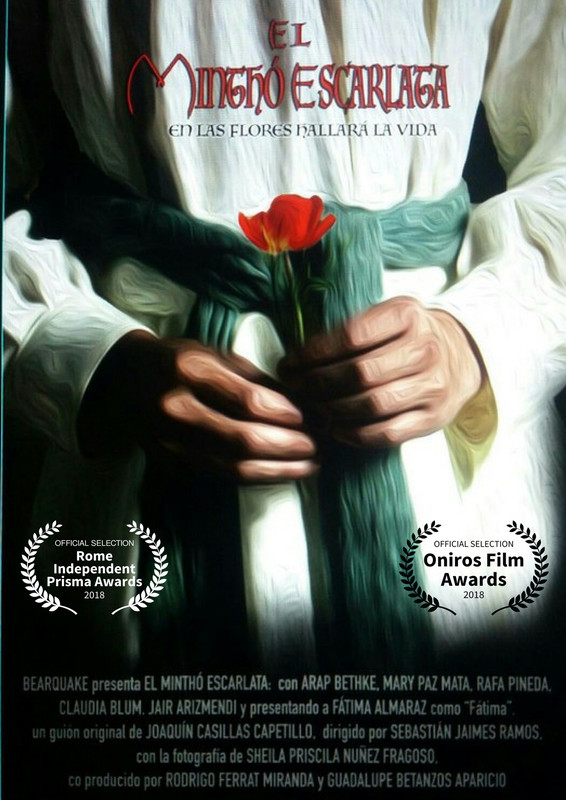