“No name” by Yaonan Liu

Posted at 16:16h in Reviews by prismaadmin

It is very rare to see in a festival a short that has the courage to experiment with the language of different genres. “No name”, a short by Yaonan Liu produced in a New York Film Academy, does what a student film should always do: trying to find new forms, new means of expression.

With this goal in mind, the team behind the movie re-created the visual look of vintage 50’s classic Hollywood lenses inside a contemporary story, and the result is visually very pleasing and most of all really apt to the story. “No name” is visually perfect and experimental at the same time.

Plot-wise, the movie plays with the structures of noir films, giving us a sort of hybrid between the noir and the thriller movie. Costumes and make-up, as well as set design, are also notable and very nice. Direction is straightforward, very elegant and sober.

It is very hard to find flaws in this very short – six minutes and a half – film. Maybe the only thing that didn’t convince us was the acting of the two main characters, that does not always look a hundred percent believable. We are sure that Yaonan Liu will be able to improve his actor direction skills and play with a more consistent screenplay to give us some interesting films in the years to come. 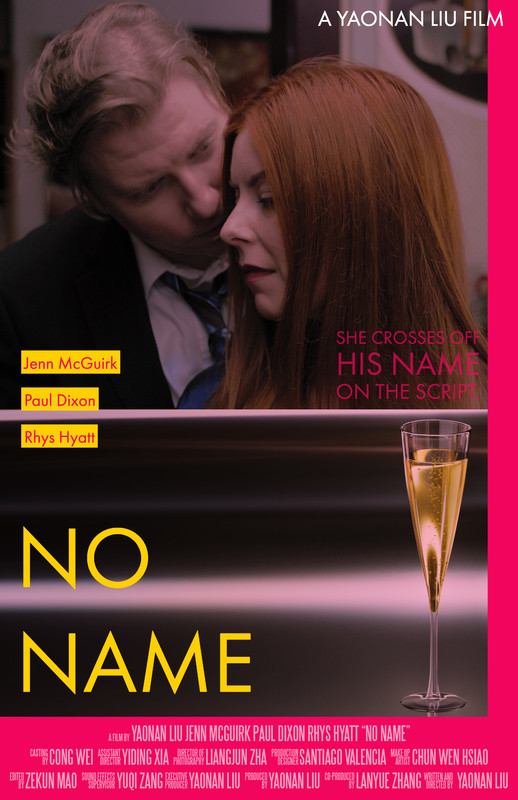