Posted at 16:45h in Reviews by prismaadmin

In the short film market it is very rare to see a fairly big production showing a film that has visual experimentation as its main goal. In this very interesting title “Le bruit de la lumière” by Valentin Petit we have a plot that immediately shows some ideas for a very peculiar visual storytelling: it is the story of this girl that is affected by synesthesia that it’s being used by two music producers to make new sounds never heard of.

Starting from frame one we perceive right away that this film has its own visual look: colors and shapes, set design, costumes and cinematography both go into the direction suggested by the peculiar psychology of the protagonist, showing us images where red, blue, green and yellow fight for their own space, conflicting into a very beautiful chromatic mosaic. To complete the synesthesia, sounds are very interesting and accurate and they convey very well the atmosphere needed for this kind of paranormal brain activity.

The sequences with special effects and pictures are where this film shines: they are very intriguing and have a poetry of their own. The director here, by manipulating such effects into short, exploding visions, creates a flow of frames that is one of the most interesting experimentations that we have ever seen on short movies. Influences from Gaspar Noe’s “Enter the void” or from “2001: A Space Odissey”‘s hyperspace scene gives us the feeling that we are watching the vision of a very skilled and talented director that tried to reproduce another kind of psychedelia that does not come from drugs or space but from mind itself.

Actors have been cast very well: the female protagonists has the right attitude, vulnerability and appearance, while the two music producers create an interesting conflict of personalities in the struggle to obtain the sounds from her mind.

Choosing still pictures as a different way to tell some of the scenes was a choice that paid off: we could have actually suffered the length of a longer film, but thanks to this solution it flows and goes from beginning to end without particular struggles or problems.

We really reacted very well to this short film and we think that there is a potential for a very prestigious festival or circuit. We will keep updated on the work of this young director to see what he will do in the next works, waiting for a feature film that has the same power and courage. 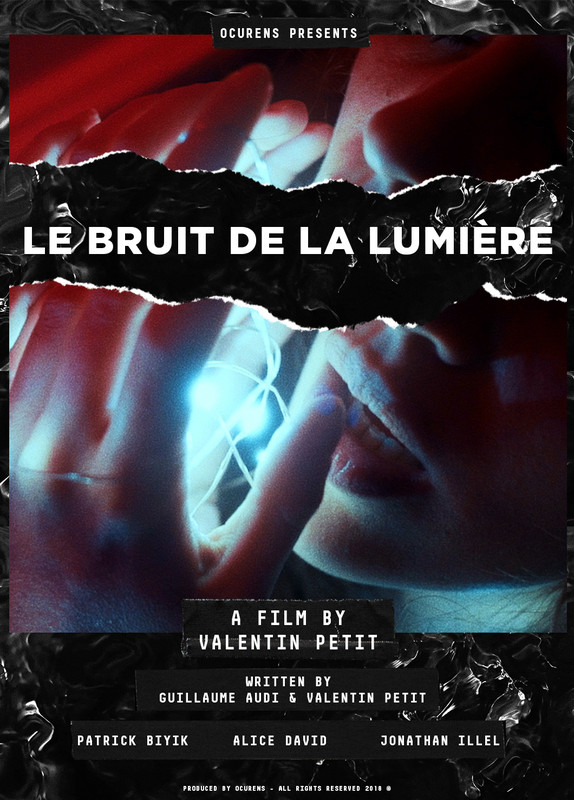