“Lazarus’ Resurrection Won’t Do Any Good” by Clodoaldo Lino

Posted at 16:05h in Reviews by prismaadmin

As the brief overview of the film suggests, we press play on this short movie knowing that we’re going to see a dystopic science-fiction film, expecting it to show us a post-apocalyptic Earth where human beings are facing extinction. But five minutes into the film we understand this is not the case: we are in front a very atypical and experimental short that requires all our attention.

Based on the play by the Brazilian playwright Carlos Henrique de Escobar, this short film is capable of giving us an image of a paradoxical dystopic future without ever venturing into external locations, staying inside the labs and rooms where the Queen of this future world is planning an experiment that could potentially save human lives: the first resurrection of a human being.

What we immediately understand though is that all that we see has actually a symbolic value and a philosophical meaning behind the narrative structure. What these characters are looking for can be seen as a reason to continue our existence on our planet more than a simple scientific technique that can actually save lives.

We dont’ think there is an exact way to read this story, because it is open to many interpretations: what we read is that the extinction we’re talking about is that of a certain condition of life of mankind. It is not something biological but more of an status of life. Contemporary age has transformed man into beings with purposes that mortify their individuality and their sense of life and the resurrection of this man, a man that does not present the diseases of its time, could be a greater symbol for the birth of a new human being that can be in contact with the ancient way of feeling god and reality that we have lost.

Presenting a very peculiar costume design and an interesting – even if low budget- approach to set design, this movie has its own aestethic, made even more interesting by the approach of the director, with a series of wide-angle close-ups that underline the paradoxical content of the dialogues and of the narration and, with the use of multiple techniques of filming and an array of visual solutions of post-production, we enter a very speculative, intellectual mood with many references in western art.

It is very interesting to see how a movie like this can find its way to production in the contemporary age, where products of entertainment have created a market where films that make people think are actually banned from the collective debate, but we really appreciated all the philosophical stimuli that “Lazarus’ resurrection won’t do any good” has given us.

A chance to approach the short film form from a new perspective. 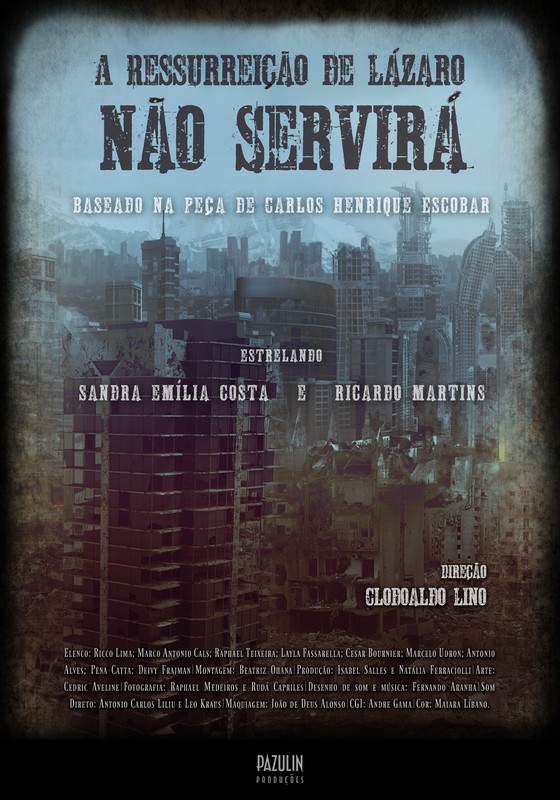